As Told by Members of AIA Dallas

As I listened to the inspirational keynote speeches, I was struck by Colin Powell's conviction that "we are a nation of nations" and that this is something to be celebrated and protected.  AIA President Mickey Jacobs, FAIA, introduced the former secretary of state by sharing his own 'immigrant status' from Canada and how much he appreciated the opportunities afforded by the U.S.  Mr. Powell then told his story of immigration and achievement against odds in the U.S.   Following his keynote, Elizabeth Chu Richter, FAIA, also an immigrant to the US, was announced as president elect of the Institute. For a profession that pursues diversity of nationality, gender, generation and thought - the convention illustrated the positive progress AIA has made since 1998 when I served as the first female president of TxA.  With Elizabeth's election, for the first time in history, AIA National will have two female presidents in a row.  In 2014, we will have another historic event with female presidents serving all levels of the organization - national, state and local.

Charyl McAfee-Duncan, FAIA, the second African American woman registered in the State of Texas, was invested as a fellow in the Institute and is now the second African American AIA Fellow in the State of Texas. Many young professionals - our future - were also on stage participating in the programming. Dallas' Jennifer Workman, AIA, and Derwin Broughton, AIA, were honored nationally as outstanding young professionals.  These convention events signal phenomenal progress in our professional organization.  Continued progress will keep our profession relevant into the future!

“Building Leaders,” the theme for this year’s convention, is a “call to duty” for architects to take charge of our responsibilities as community leaders. Recognizing our unique skills as visionaries, we are challenged to apply our talents to “give back” where we find needs, volunteer help when disaster strikes, and provide mentoring leadership for future generations. Make a positive difference for our global community’s future.

I came back from the convention totally energized. I questioned myself, if these award winners, our leadership and the young architects can accomplish so much, why not me? The keynote speakers Blake Mycoskie, founder of TOMS, and Architecture for Humanity co-founder Cameron Sinclair put me to shame. I promised Cameron that I am going to give back to the community. My sons were present at the closing note by General Colin Powell, and they all looked at me and my husband when Mr. Powell was talking about his childhood story. We, as first generation immigrants, tell our kids the same things word for word -“Big American Dream.” All in all, we had tons of fun and with lots of learning packed in there.

“It was first a great honor to receive the Young Architect’s Award, but beyond that it was an esteemed pleasure to be able to introduce Harvey B. Gantt, FAIA, for the Whitney M. Young Award at the General Session. To be able to grace the main stage and meet greats such as Harvey Gantt, Thom Mayne, Tom Phifer, Cameron Sinclair and even a brief interaction with Gen. Colin Powell was simply mind blowing, while incredibly humbling. The interactions with colleagues nationally and abroad can only be facilitated in such a forum as the AIA National Convention, bonds and friendships that will accelerate and enrich the profession as a whole.” 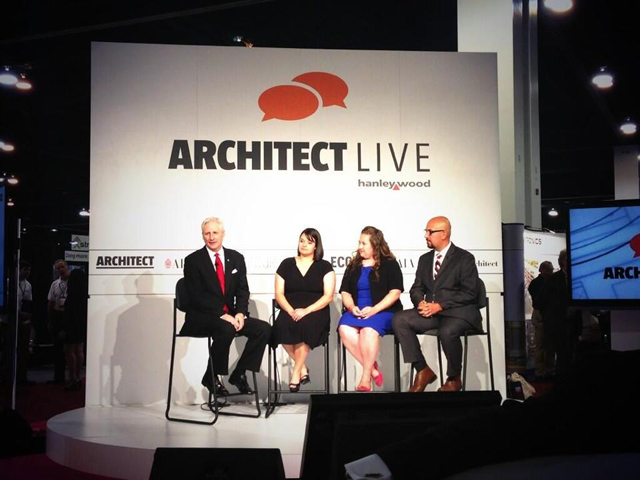 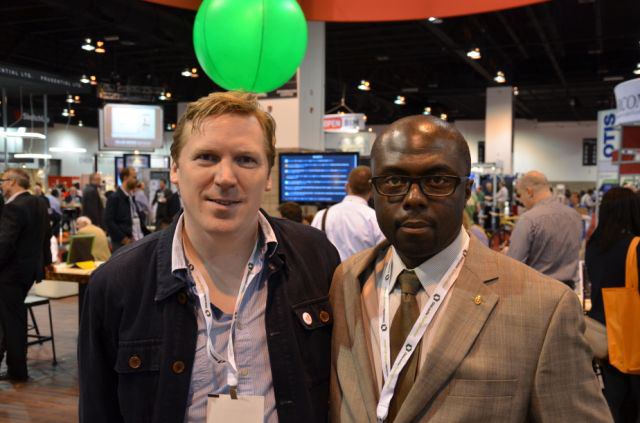 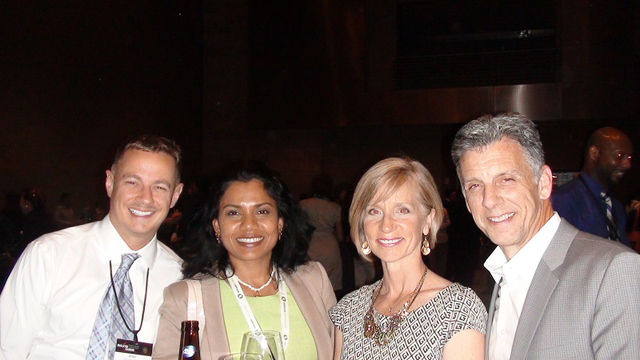 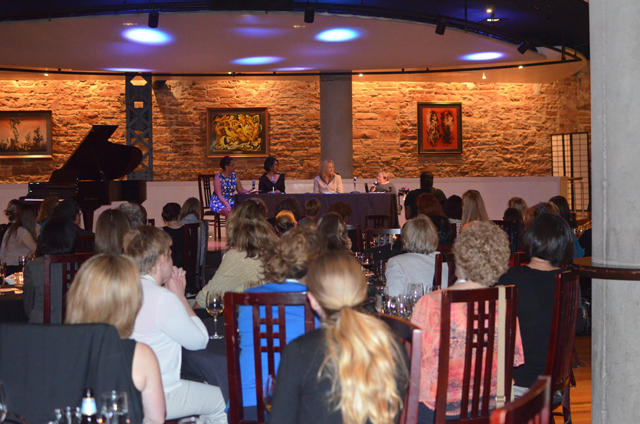 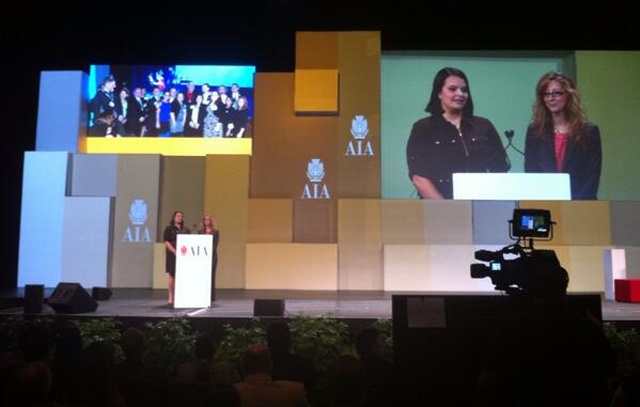