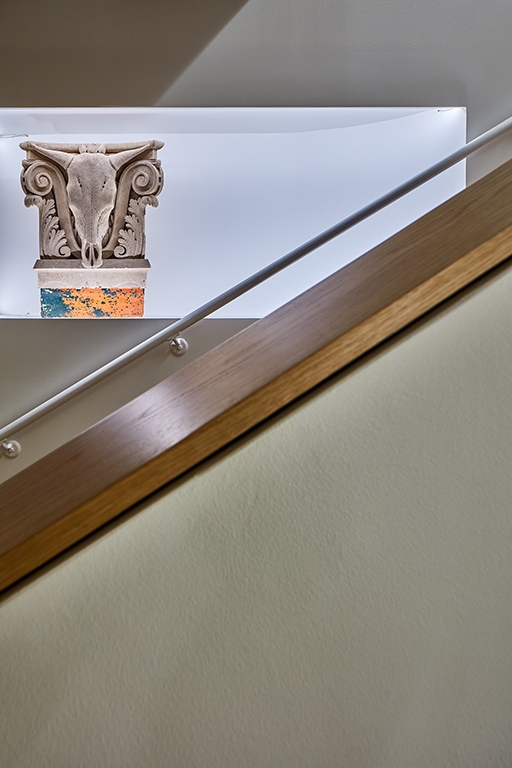 On June 21, 1920, 18 architects came together to form the Dallas Architectural Club, the first professional organization of architects in the city. Outlined in the catalog of its first annual exhibition in 1922, the purposes of the club included the “advancement of architecture and its allied arts, for the promotion of social intercourse among, and for the promulgation of such arts by readings, lectures, discussions, competitions, and exhibitions.” After the third year of the club’s formation, members Ralph Bryan and Dudley Green took part in the urban renewal effort along Pacific Avenue in downtown Dallas by remodeling a building at 1711 Live Oak — the first home of the Dallas Architectural Club.

Now, nearly 100 years later, AD EX, the epicenter of the architectural community in Dallas, is once again located in downtown Dallas. Coincidentally, it is directly across the street from the original location of the club and its mission statement is much the same: to be a resource and hub for conversations on architecture and design for our community.

Recently installed at the AD EX are four unique cast stone artifacts from the original Pacific Avenue facade of the Dallas Architectural Club. With the assistance of Dallas Park and Recreation Department director Willis Winters, FAIA, these recently discovered artifacts are on long-term loan from the City of Dallas. Park and Recreation staff carefully cleaned the artifacts under the direction of Nancy McCoy, FAIA, and local artist Brad Oldham assisted with their display. 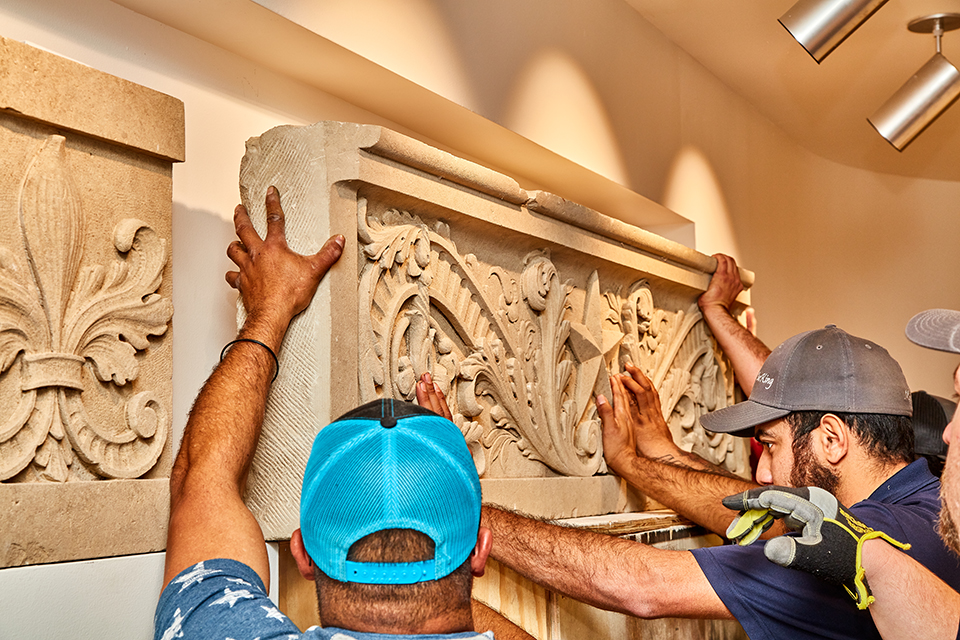 There is a fascinating story on how these cast stone pieces came to life again at the AD EX. These elaborately carved pieces were unearthed during a 2011 excavation for a temporary elephant enclosure at the Dallas Zoo. 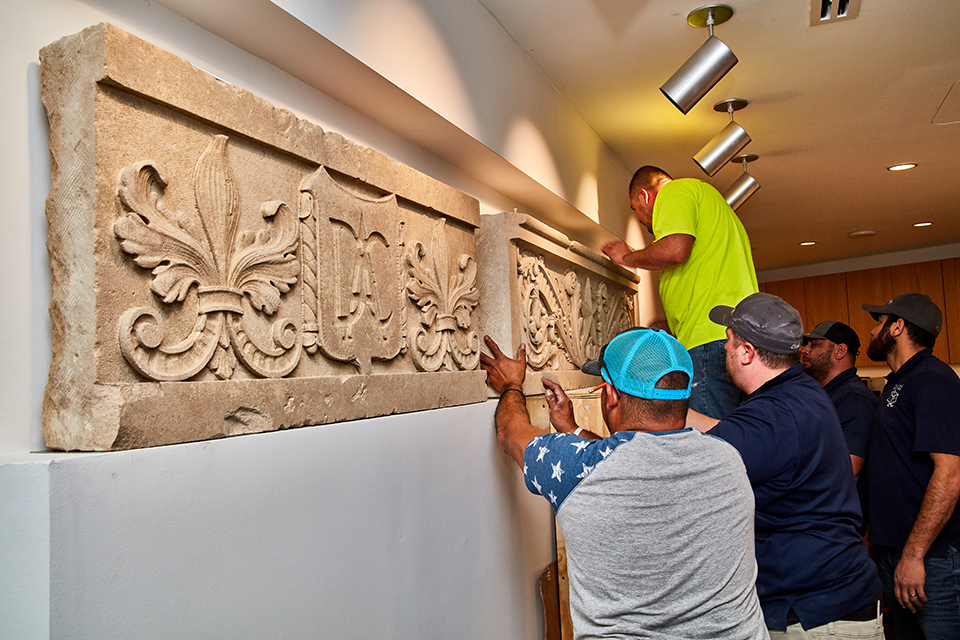 The building that housed the Dallas Architectural Club had been torn down in 1978. For reasons lost to time, these beautiful artifacts were built into an embankment close to Marsalis Avenue, near the zoo but miles from their original home. Fortunately, they were saved after the excavation and held in Area 52, the architectural boneyard of the Park and Recreation Department. The boneyard is the resting place of notable architectural fragments salvaged from Dallas buildings during demolition. 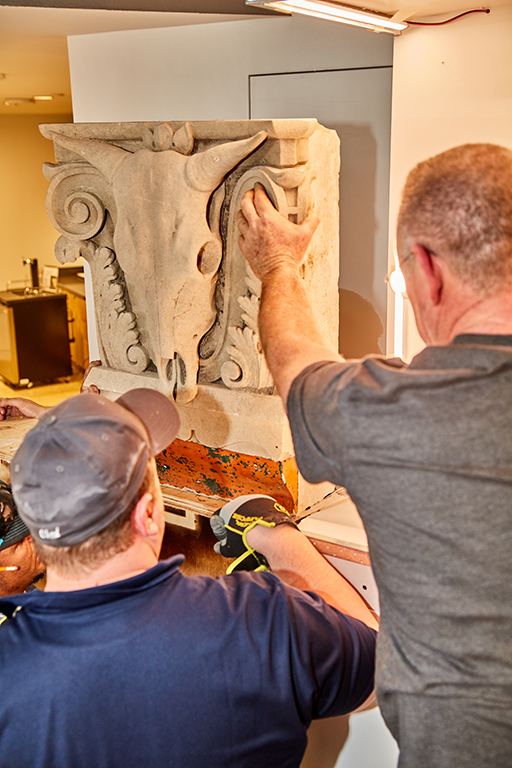 Winters was contacted to investigate the source of the artifacts. In studying the finds, Winters first thought the “DAC” inscribed on a few of the blocks stood for the Dallas Athletic Club. However, with further research and after referencing The Prairie’s Yield, a 1962 publication of the Dallas Chapter of the American Institute of Architects, he realized these pieces were the only remaining artifacts from the original Dallas Architectural Club. These artifacts are now “home” in the new AD EX.

Contributed by Harry Mark, FAIA, principal and executive director at RSM Design and editor of Columns.