The Dallas West End Historic District is known for a deep-rooted history of industrial businesses of days gone by and, of course, the infamous Texas School Book Depository Building, now the Sixth Floor Museum at Dealey Plaza. New among these midrise brick structures is a three-story museum clad in copper: the Dallas Holocaust and Human Rights Museum, designed by local architect Omniplan.

As seen from the street, the material choices are decisive. They relate to both the neighborhood’s current architecture and to its industrial nature from the early 1900s, but are also different enough to stand apart. Black brick with punched openings makes up the lower portion of the building, a departure from its natural brick neighbors but also creating a strong foundation for the copper skin above. Copper, commonly used in Texas as an accent material, forms a significant portion of the exterior building facade. The shimmering metal exudes a sense of importance and, as it weathers, will reinforce the feel of permanence and character. 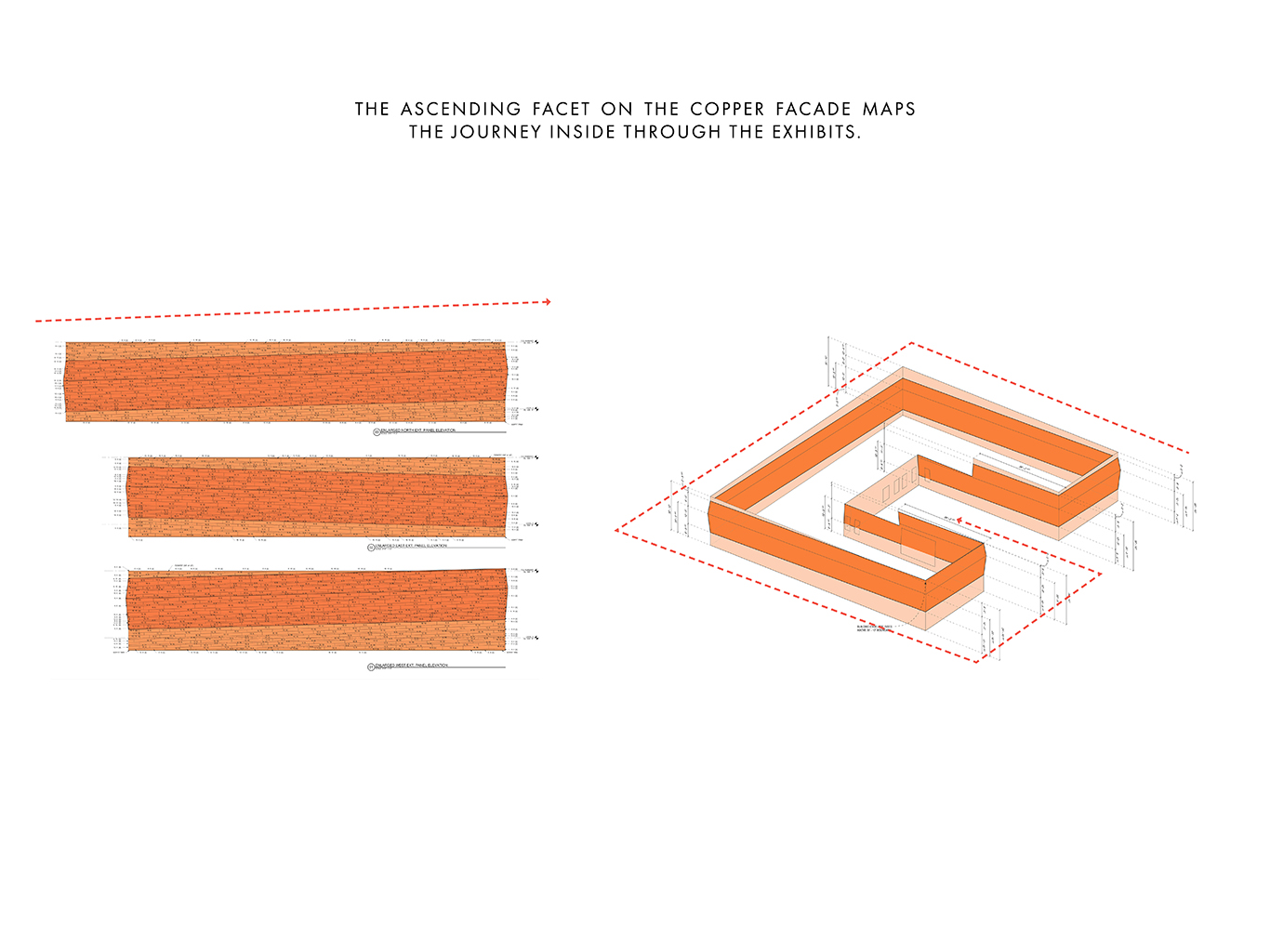 The copper pattern ascends the facade in concept renderings as a rectilinear puzzle of panel material. In actuality, a series of flat-lock seamed sheets uses the 36-foot-length coil of copper material efficiently. Before the copper installation on the facade, the exterior walls were cleverly prefabricated off- site. Through BIM coordination between Omniplan and Baker Triangle, the wall panels were modeled and prefabricated in full-height, 8-foot lengths, then brought to the site ready for the copper cladding to be added. (See a 2-minute video on the process.) 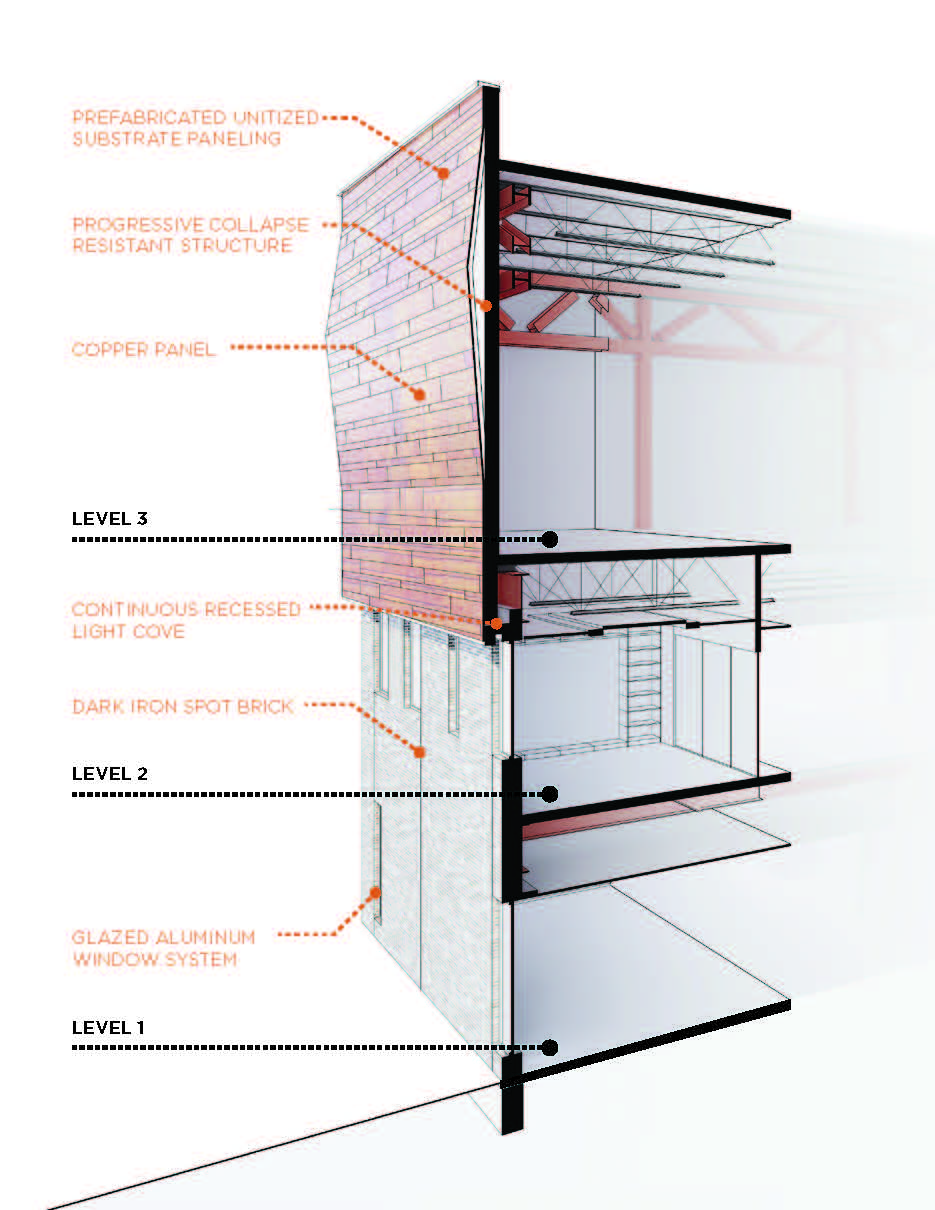 The exterior facade is designed to “mimic movement through the exhibit,” said Omniplan architect Mark Holsinger.

Inside, museum visitors start off by seeing a short film in the 200-seat theater. From there, they climb a processional stairway to the third floor to start the journey through the museum. Beginning the experience in this manner is strategic and deliberate, designed to remove the visitors from the world outside the museum and immerse them in the exhibits. 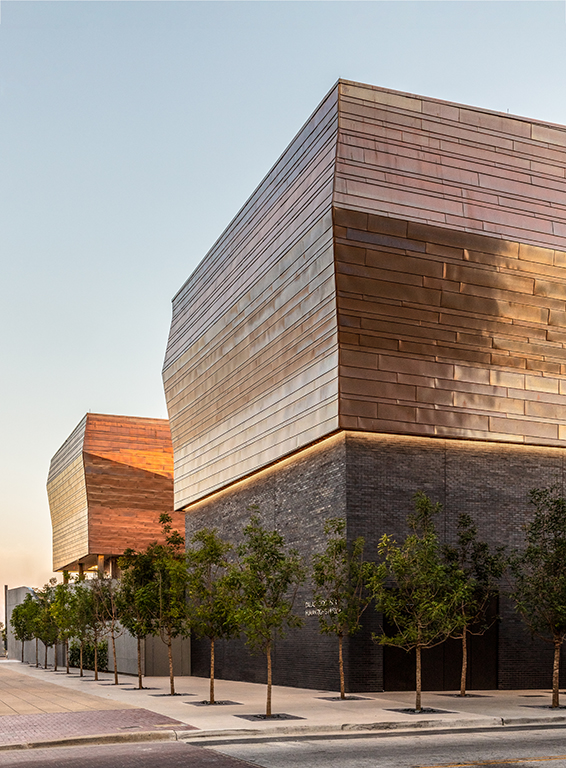 The project kicked off with a competition for the design of the museum in 2013. Once awarded the project, Omniplan spent six months working with exhibition designer Edward Jacob to thoroughly understand the requirements of the exhibit spaces. The Omniplan team used this time to develop the delicate narrative and sequencing of visitor experiences to create the journey through history. The campaign to build the new museum was $73.5 million, with over $78 million raised as of the opening. 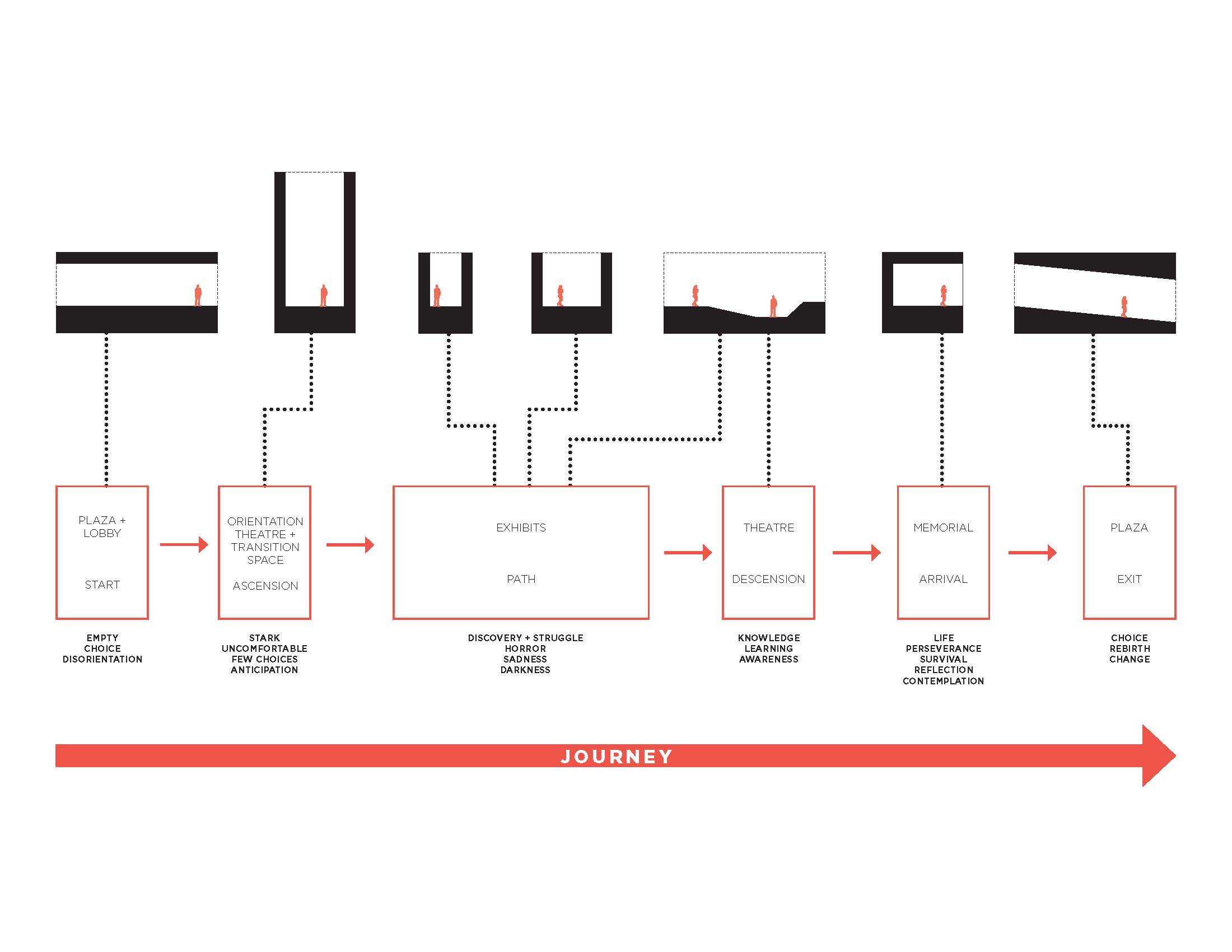 The 55,000-square-foot museum houses some exhibits from the previous Dallas Holocaust Museum/Center for Education and Tolerance, which was across the street, but a majority of the exhibits are new, their content designed by Berenbaum-Jacobs Associates. The museum opened in September 2019. 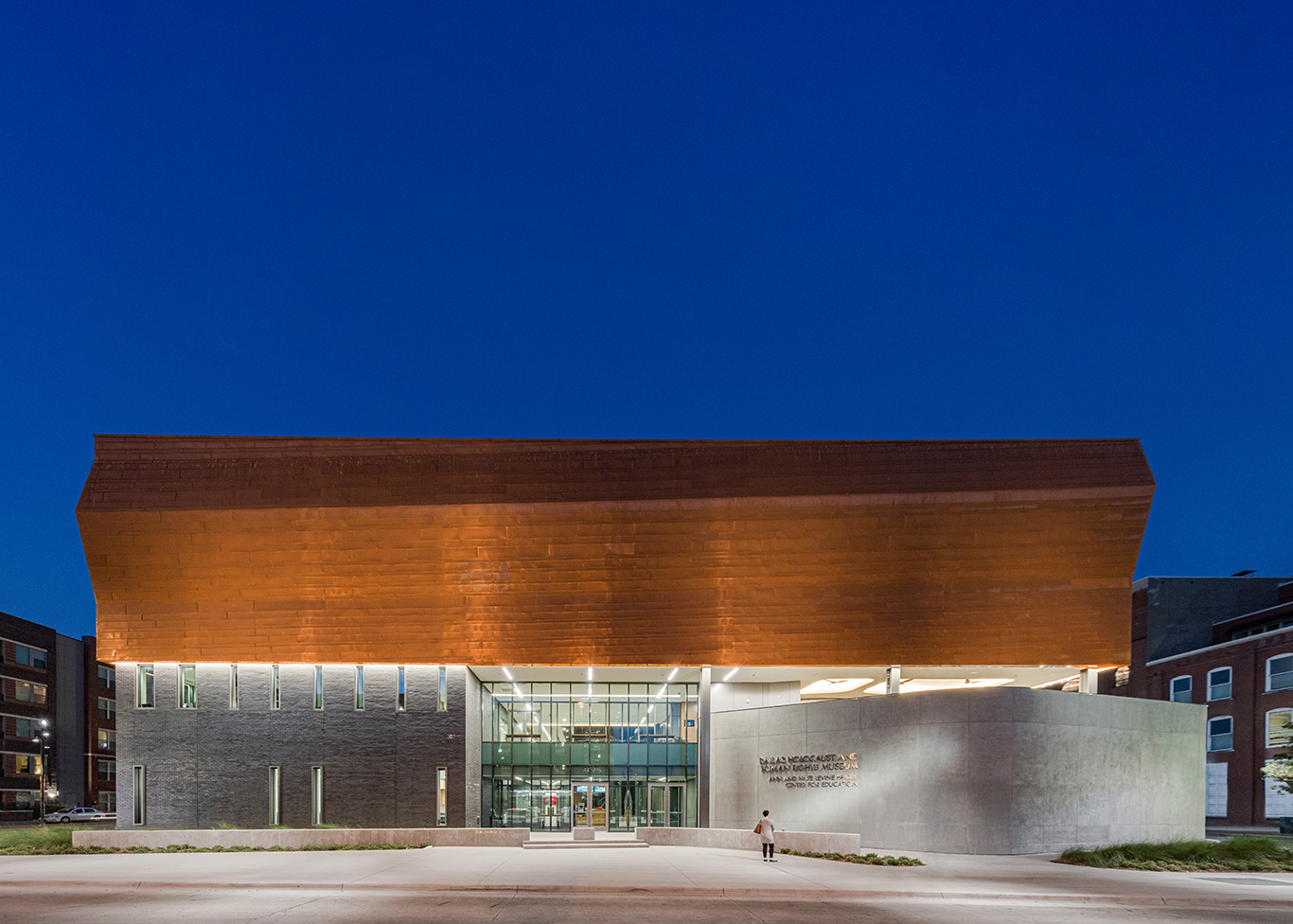 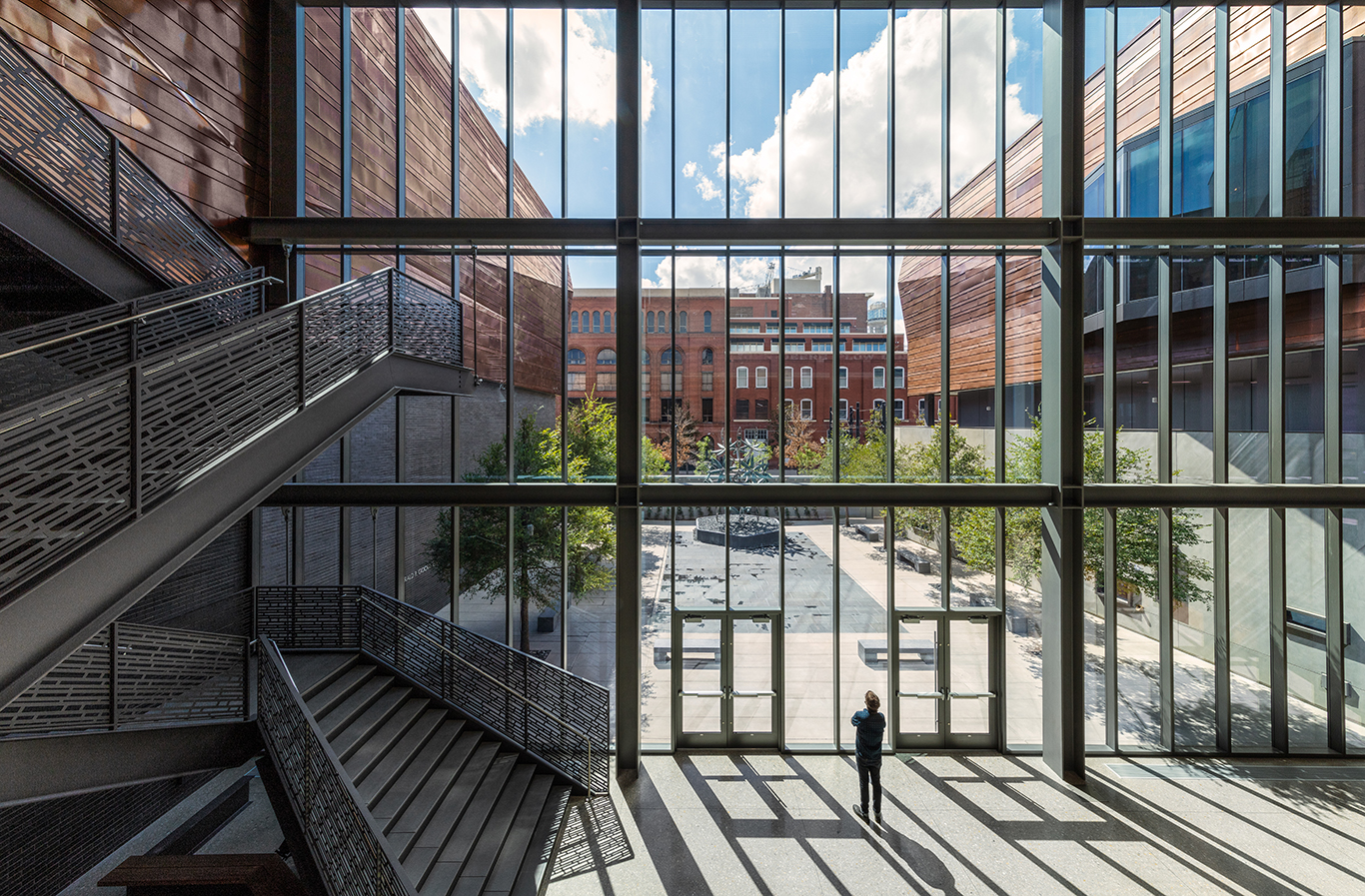 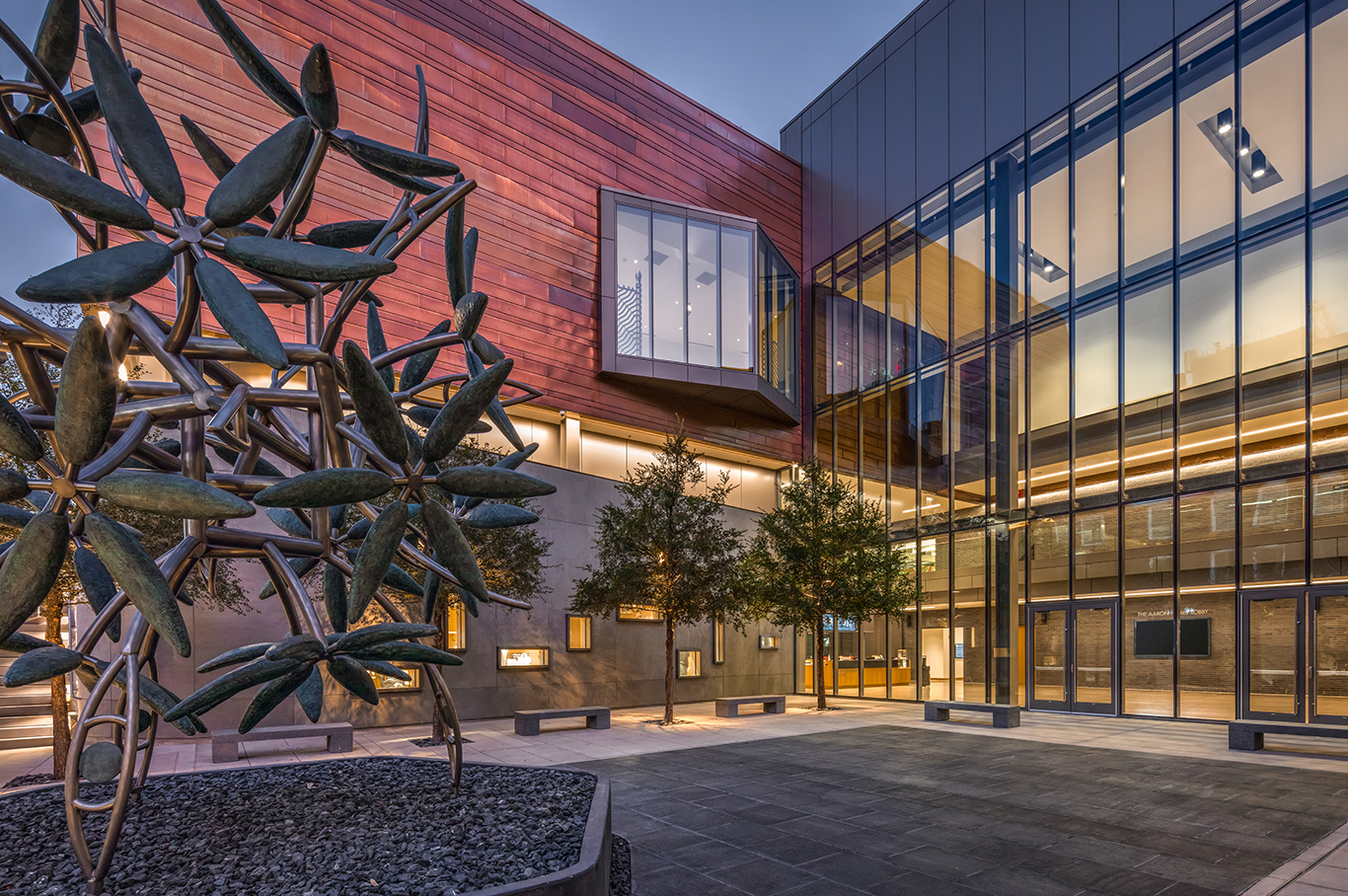 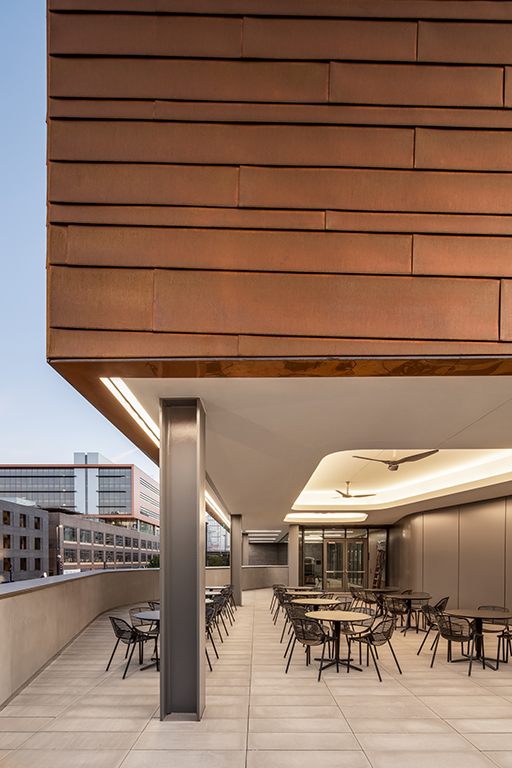 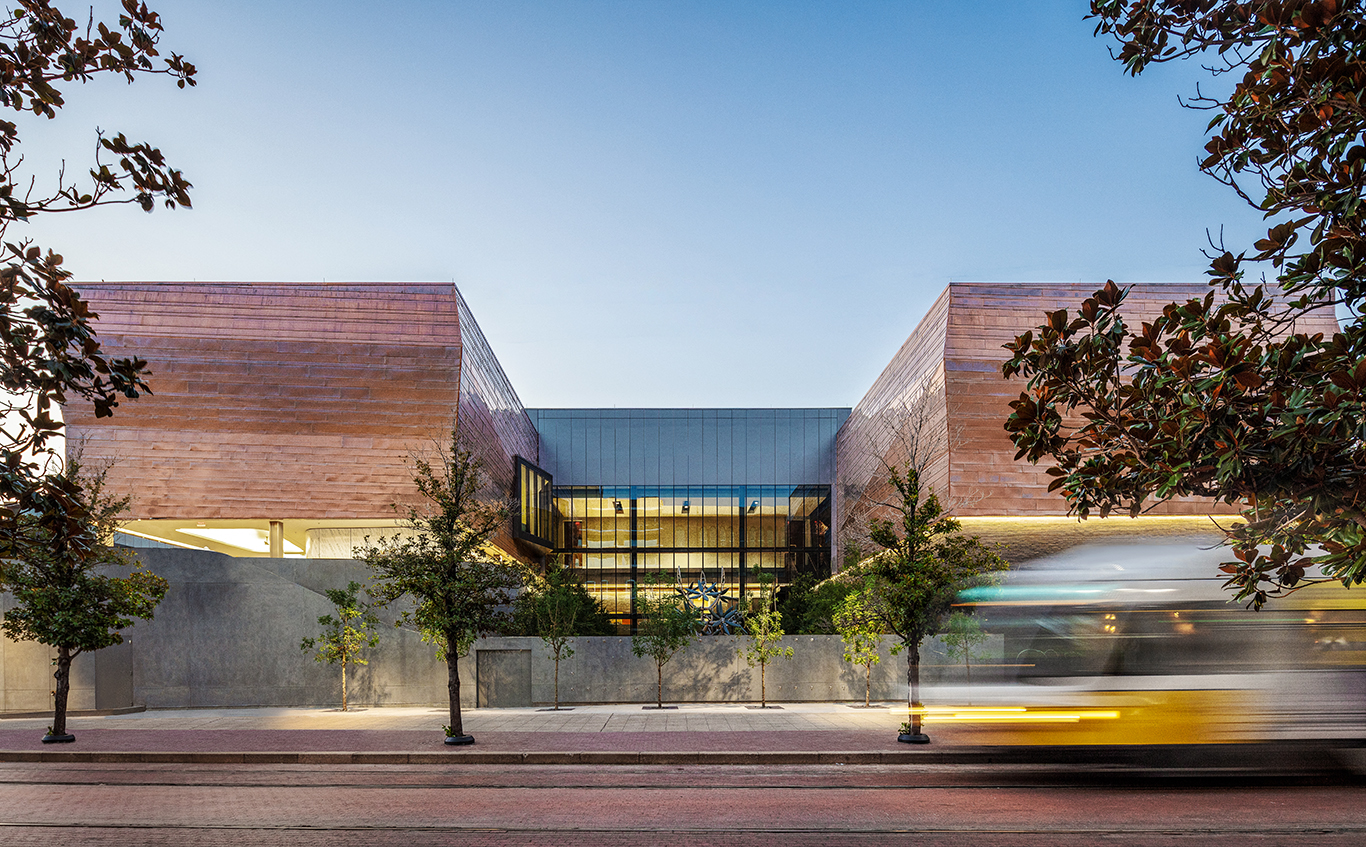