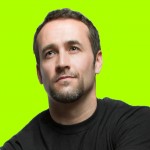 Contributed by:
Heath May
AIA

Recently awarded a position on the design team for the Los Angeles River Bikeway/Greenway project, Oyler Wu Collaborative is known for such projects as 3DS Culinary in Hollywood, and the Cube, a winning pavilion entry for the Beijing Biennale.  With a smart design sense and an acumen for fabrication and delivery of geometrically-complex projects, Dwayne leverages his experience working for Toshiko Mori Architects as well as his collaborations with the late Lebbeus Woods on projects including Nine Boxes, Terrain, and Siteline Vienna.

Admired for his advanced hand delineation and sketch technique, Dwayne also performs welding and fabrication for many of his studio projects.  AIA Dallas welcomes Dwayne to the jury for KROB and we look forward to his contribution and voice.