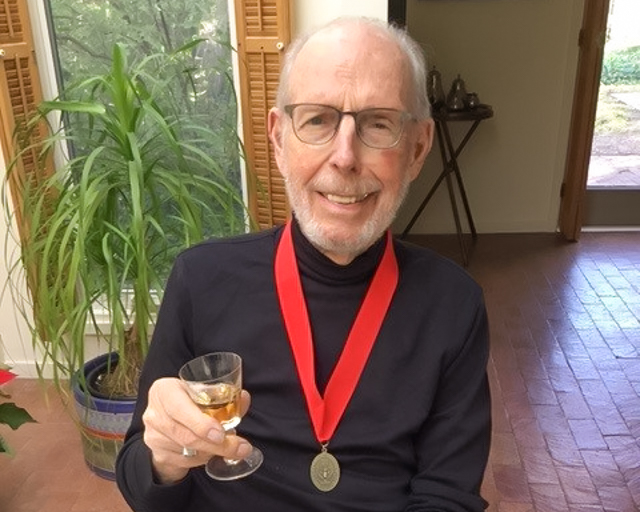 AIA Dallas is saddened to share the passing of Duane Eugene Landry, FAIA on July 26, 2022.

Since moving to Dallas in 1968, Duane and his wife, Jane Lorenz Landry, FAIA worked together to build one of the city’s most thoughtful firms. After graduating from the University of Pennsylvania in 1957 and working in Corpus Christi and for O’Neil Ford in San Antonio, they moved north to be closer to their projects as associated architects with Ford at the University of Dallas.

In 1964, Duane and Jane began their own architectural firm while continuing their work with O'Neil Ford (later Ford, Powell & Carson, Architects and Planners). Landry and Landry, Architects and Planners provided complete architectural services from the initial programming and design through working drawings, specifications, and administration of the construction phase. The firm’s capabilities in producing completed projects of outstanding design have been recognized by numerous local and national design awards.

As design partners, and as husband and wife, the Landrys made a career of collaboration and claim mutual authorship of their work. They worked in tandem throughout Duane’s life and were jointly honored for their accomplishments. In 1988, they became the first architectural couple to submit a single application for Fellowship and receive the designation in partnership. In 2020, AIA Dallas honored their achievements together with the chapter’s Lifetime Achievement Award.

The heart of their design work focused on ecclesiastical projects suffused with their deep appreciation of the links between community and spiritual belonging. The Chapel at the University of Dallas and the Mausoleum at the Temple Emanu-El Cemetery combine subtle readings of liturgy with radiant light and a masterful appreciation of construction, materials, and handcraft. In 2015, the Church of the Incarnation at the University of Dallas was recognized with the AIA Dallas 25-Year Award.

Other notable projects include the St. Catherine of Siena Catholic Church, the Holy Spirit Friary at the Franciscan University of Steubenville, Holy Trinity Seminary Chapel, St. Joseph Catholic Church in Richardson, St. Bernard of Clairvaux in Dallas, St. Peter the Apostle in White Settlement, and the Chapel of St. Angela Merici of Ursuline Academy in Dallas. Additionally, several of their residential projects have been featured on the AIA Dallas Tour of Homes.

Duane Landry is survived by his wife and partner, Jane, his sister, Annette Landry Burns, his four daughters and their husbands, Rachel and Charles Helms, Claire and Peter Wickersham, Ellyn and Gonzalo Amador, and Jean Landry and Richard Bullock, thirteen grandchildren, and fourteen great-grandchildren.

Duane's Mass of the Resurrection was celebrated on Friday, July 29th at the Church of the Incarnation at the University of Dallas. In lieu of flowers, the family requests donations be sent to the "Ursuline Sisters Retirement Fund" at 353 South Sappington Road, St. Louis, Missouri, 63122. 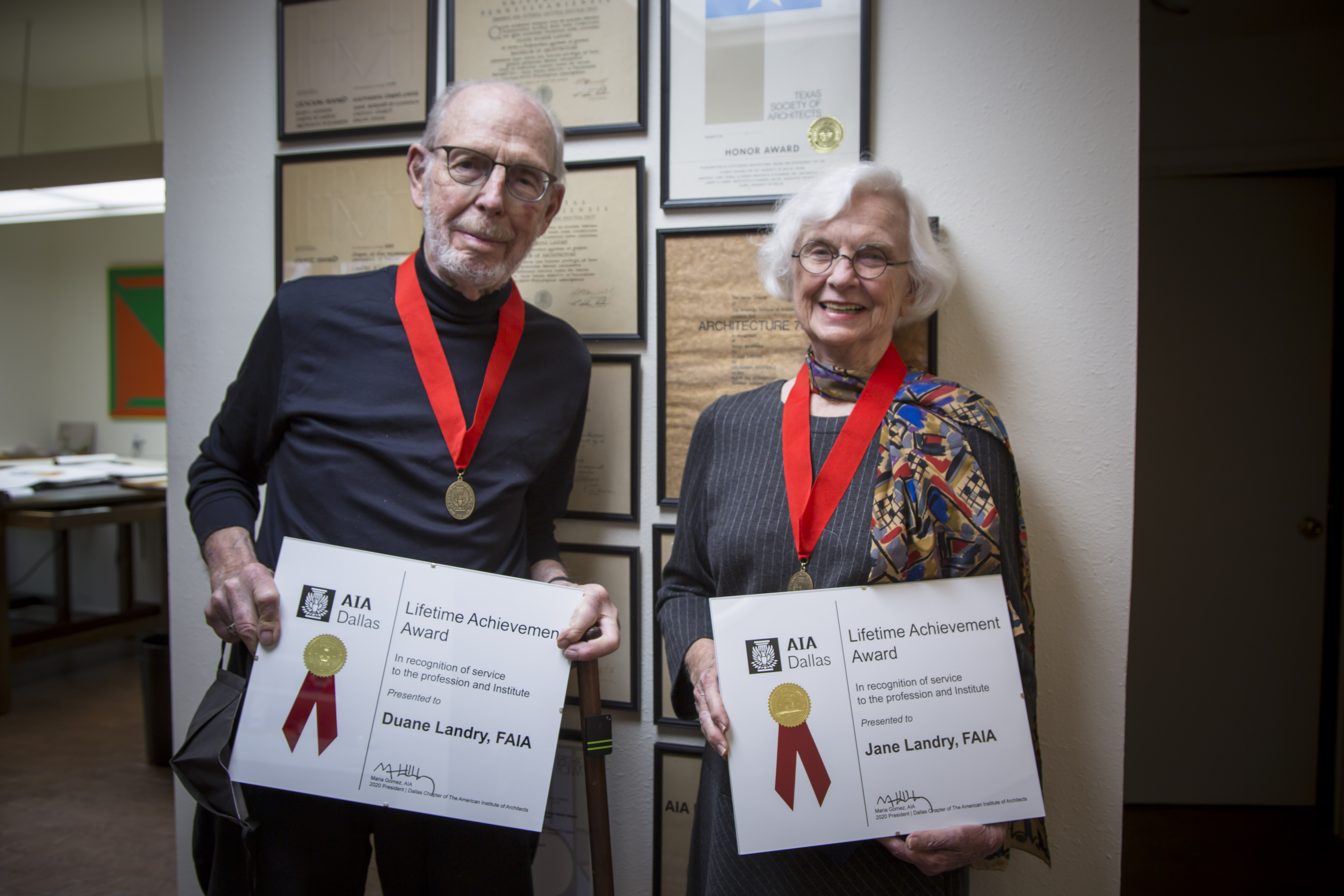 “Theirs is the ideal and satisfying practice we all envy – but is very rarely achieved. Their accomplishments as architects are particularly evidenced by the photographs of their thoughtful, strong, beautifully conceived and carefully crafted buildings. Not so apparent are the innovative construction techniques such as the continuous pour of the tower core in 1966 or the early use of lasers to mass produce the appearance of handmade piercing for outdoor lighting fixtures, or the incorporation of handmade elements in buildings that express their industrial structures.” – Bill Booziotis, FAIA, in 1987 when sponsoring their Fellowship nomination