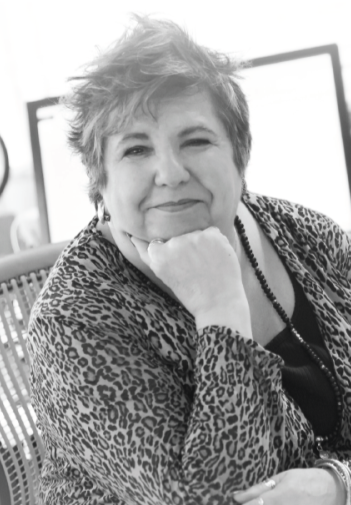 Marcia and I both graduated from Garland High School, only she was 2 years ahead of me. I didn't know her then but met her when I was with the program management consultant to DISD late in the 1985 bond program. I was project manager on the Kimball High additions and renovations and she was Dahl Braden's project architect during the construction phase. I often tell the stories of how I had 12 active projects but Kimball was the easiest by far That was specifically because of Marcia. She showed me what leadership on a construction site looked like and how to make your client feel like everything was under control. She took no bs and no prisoners. Once, when the contractor failed to bring everything needed to a meeting, she flatly closed her portfolio, declaring "This meeting is over." and walked out. No goodbyes, just gone. She found that installed sewer pipe didn't meet the District's specifications for being produced in the US and ordered it removed. They fought her all the way to the Board of Trustees and she never flinched. Even her bosses were nervous about that appeal, but not Marcia. I think the construction site guys were afraid of her. I don't blame therm. Watching her work taught me things I use almost every day. We hadn't spoken in years but I am reminded of her and her influence on my career all the time. That won't change.

It is with great sadness that we share with you the passing of Marcia Ascanio, FAIA. A Principal in the Technical Resources Group, Marcia was part of the HKS family for more than 16 years. During her tenure, she raised the bar on quality management and technical education. She onboarded hundreds of new hires to HKS as a regular leader of the Technical Standards orientation. Marcia wore multiple hats during her career - from CA to PA and PM – and touched the lives of many across the firm. She had an eye for detail and was tenacious about upholding quality standards.

Marcia obtained a Bachelor of Architecture degree in 1977 followed by a Master of Science in 1978 from Texas Tech University. She began her career at Dahl, Braden, Chapman Architects in 1978. In 2004, she joined HKS. During the last four decades, Marcia’s passion for quality management led her to become an industry leader whose input was sought after when designing and building innovative and technically advanced structures worldwide. Marcia worked behind the scenes, researching, educating, mentoring, and creating tools and resources to ensure that every project was successful through the commitment to excellence of every project team member.

Marcia was loved dearly, and will be greatly missed.