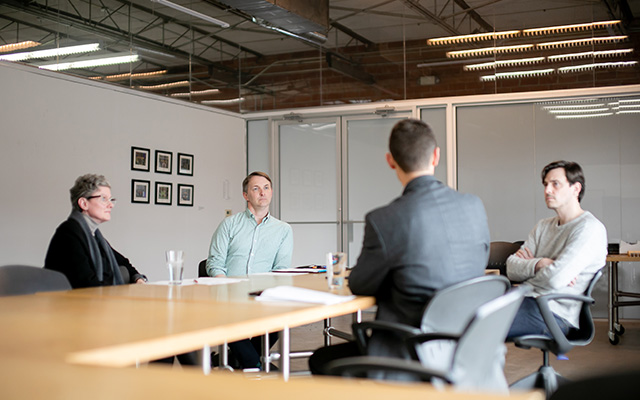 Editor’s Note: As we begin another state legislative session, we look back at one of the biggest issues impacting the architecture and construction industries last session. This interview was conducted in March 2020.

The State of Texas passed House Bill 2439 on May 19, 2019, which went into effect Sept. 1, 2019. This law prohibits local governments from regulating or limiting the use of a building product or material for all new construction if the product or material is approved by a national model code. It contains several exceptions, which include buildings in an area designated for its historical, cultural, or architectural significance.

This bill has stirred much debate throughout the architecture and construction fields, as well throughout local governments, as it significantly changes how local governments can regulate the performance and aesthetic of buildings. Many see this bill as an encroachment on a community's right to shape the look and feel of the local built environment, while others see this as a deregulation of arbitrary city ordinances that will expand choice and availability for building owners. One thing that can be agreed upon: The extent and breadth of this bill's impact is not fully known — and may not be known for years or even decades.

The following is a transcript of a panel discussion held among diverse community leaders to talk about the current and potential future impacts of this bill.

Participants:
Phil Crone, executive director of the Dallas Builders Association
Mark Doty, assistant director of planning at the City of McKinney
Joanna Hampton, AIA, architect and director at Omniplan and member of the City of Dallas Landmark Commission
Discussion led by Eric Gonzales, AIA, an associate at Cunningham Architects 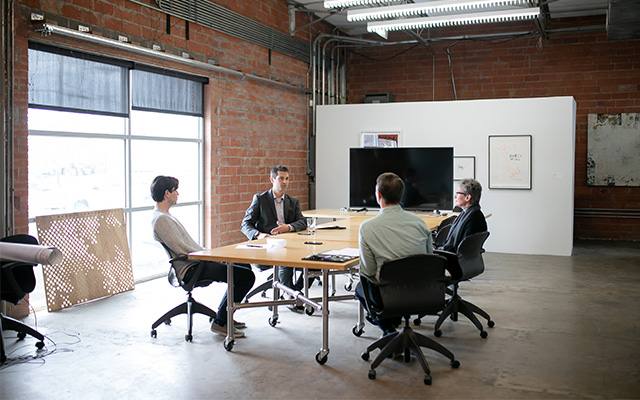 Eric Gonzales: It’s my understanding this bill was originally championed by different builder and trade associations. Phil [Crone], could you please give us some background regarding the original intent of the bill?

Phil Crone: Going into the last legislative session, this wasn’t on the priority list of the Dallas Builders Association. It was an effort being driven by a group called the Safe Building Materials Association, a collaborative of material suppliers that were on the excluded side of many of the masonry ordinances in the area. Of course, the bill is much broader than that. But it was an effort that they had started, and once it was galvanized, we were interested in helping out.

Eric Gonzales: The bill was passed last year and went into effect on Sept. 1, 2019. It has now been in effect for nearly six months. Mark [Doty], what effects have you seen from the enactment of this bill?

Mark Doty: The challenge with this bill is it’s open to interpretation. It was, I guess, broad enough or ambiguous enough to where nobody really knows what can be regulated. Materials are regulated, but can we still regulate roof forms, articulations on the facade, stuff like that? I think a lot of it has been the fear of the unknown. I haven’t really seen anything too negative right now. Luckily, our historic square [in McKinney] and even the historic resources in Dallas are protected. Our municipalities and preservation groups around the state worked really hard to make sure the historic protections were included.

Joanna Hampton: Mark raises a great point. It really was advocacy on both the municipal and the preservation organizations, as the first draft of the bill did not address historic districts, landmark districts, etc. I think right now everyone is trying to understand how do we interpret this bill. And I think one of the things we’re seeing, depending on where your interpretation falls, I think it’s starting to impact some urban design decisions.

Can you talk about the percentage of openness on a facade, can you talk about like materials between buildings or even within a district where you want some commonality of unifying features? That’s all something that could potentially be impacted by this. I think really understanding where it goes and trying to address those types of items that perhaps were not the intent of the bill, but could be interpreted that way. 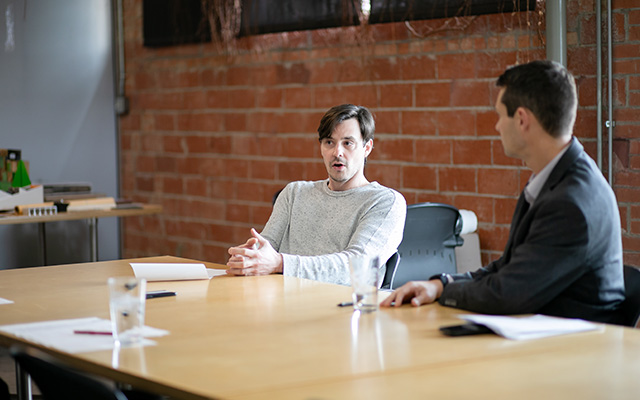 Eric Gonzales: It’s clear there’s a lot of interpretation from the city side. Do you find you as an architect are struggling to interpret it as well? The cities are having difficulty determining the full extents and impacts of the bill, so are you left to interpret it on your own and make your own decisions about what falls within its boundaries? Do you find that’s the case?

Joanna Hampton: I don’t think we’ve had enough projects come in that are really testing it at this point. Because of the way it’s written based on model building codes, it’s essentially what we’re working to anyway as architects. I don’t think you have that conflict a lot of folks were worried about initially.

Phil Crone: Regarding the gray areas, what I tell people that ask me what’s in and what’s out, look at the code. The code doesn’t dictate where a garage goes, how it swings, or even that you have to have a garage at all. What the bill does is it creates an equal regulatory playing field for every product that’s been approved in the last three cycles of the code.

Eric Gonzales: This bill is impacting cities that regulate a standard of quality and aesthetic. How do we ensure buildings are of great quality for the public? But in contrast, is it the cities’ place to promote homogeneity through the regulation of materials and products?

Mark Doty: People like living in a historic district because you do have that restriction. “I know my neighbor has to build a brick house that looks a certain way.” And I think there’s a lot of comfort that people get from that. There is some parameter in place to protect against or prevent a building from negatively impacting my property or my property values or the overall development.

Joanna Hampton: Everyone always wants maximum flexibility. Architects want it, developers want it, because that is how you get really distinctive buildings and get expressive architecture that can contribute. But to Mark’s point, how do you balance that with that vision? How do you bring those two back together? 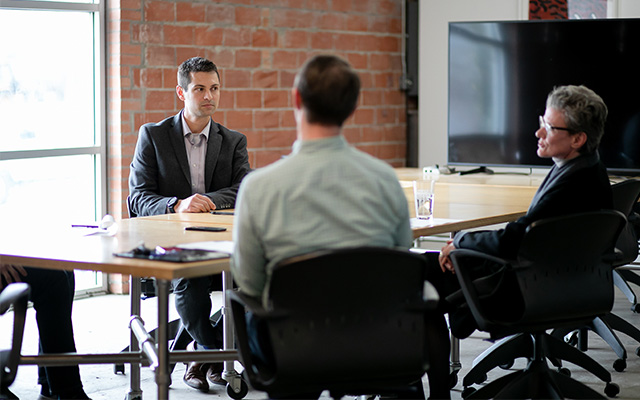 Phil Crone: Cities can carry forward and make these historically and culturally significant distinctions and the product mandates and restrictions that go with them. But we’re running into challenges. Great example: The city of Melissa and the city of Frisco have designated large swaths of vacant land as historic homes. I don’t think under anyone’s interpretation that is historically or culturally significant. And that to me cuts to the other part of this, where many of these restrictions outside of the legitimate ones for historical areas, they seem to come from a standpoint that are in many cases elitist, exclusionary, and monopolistic. For example, in the town of Prosper a couple of years ago, a council member said, “We want to make sure that every home here is at least $400,000.” 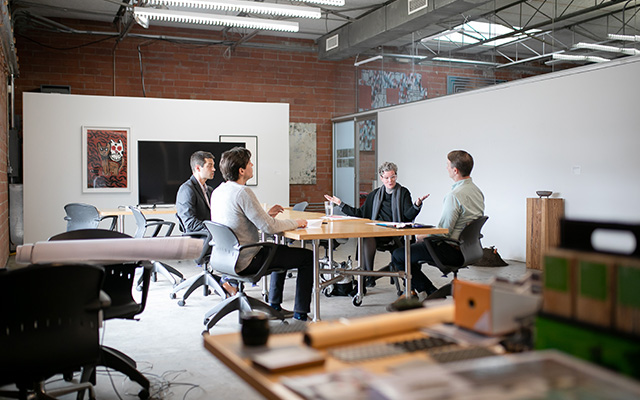 Phil Crone: I think on the mixed-use side, it’s the same way. People on the residential side [of a mixed-use development], they live there, it’s just as much home to them as a traditional single-family home. And business depends on it still for the developer/builder to have that sense of place.

Eric Gonzales: It seems this bill is mainly about aesthetic and the impact it has on a building. Products like Hardie board and brick can both be detailed well and perform well, but they don’t look the same. Each material has its own unique visual presence, and people perceive and prefer the presence of certain materials over others. Do you all agree?

Joanna Hampton: You can look out the window here [at the Design District], what would be the character of this district if it wasn’t all these masonry buildings? They were built because of the use they were and the purpose they were serving. But [the use of masonry] has become the aesthetic of the area. And so then you have a new building that comes in and it is stucco, can it be sympathetic? Can it be designed as well? And if the form is right, does it still work? Probably. But you have started to change. And I think that’s the dialogue we should all be having: What are our goals?