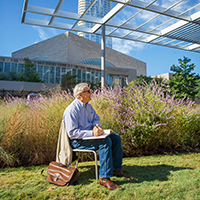 Bryce,
Thank you for writing this to keep it top-of-mind. Many well-intentioned, well-educated people in this city seem to lose focus or disbelieve the lack of improvement that this potentially damaging and undoubtably expensive road will bring. In a recent conversation on the topic, I brought up the fact that more lanes for traffic will lead to more traffic. The person I was talking to responded, "Well, that's what they say, but…" and then went on to outline the need for improvement to the mixmaster, glossing over the fact that the Trinity road does not meet that need.
We just need to keep those facts front and center. I hope that's what the 'dream team' will be doing.
Betsy del Monte

We are yet to see the results of the Mayor’s Dream Team exploration of the proposed Trinity Tollway design. Is it the bucolic slow-speed parkway that provides access to the amenities to be located between the levees, or is it the high-speed six-lane Tollway with broad shoulders that will be the barrier feared?

Based upon the figures recently published (DMN, both 20 Nov and 2 Dec, 2014) about the cost and funding, perceived mobility, and traffic impact, it is patently inconceivable that this Tollway could be supported.  Even if the figures: cost $1.5 billion (which is not available), traffic impact, a scant 9% additional capacity, 2 mph increase in average speed, 0% change in congested lane miles are even half right, there can be no return for this type of investment.

In a city of hugely successful business acumen, this makes absolutely no sense financially, physically or morally.  With the recent success of downtown parks such as the hugely popular Klyde Warren Park, our city and its citizens’ sensitivity to urban design amenities is much more acute than almost 10-years ago when the Balanced Vision Plan was approved by voters in a 2007 referendum.  Why would we entrust this boondoggle to the North Texas Tollway Authority who, by their own admission, can’t or won’t collect delinquent fees on the extensive Tollway system surrounding us already?

For over a hundred years, following the great flood of 1908, Dallas has mused on what the Trinity River could be for the benefit of all Dallas.  A high-speed Tollway in the riverbed does NOT fit the formula of a great city amenity.  Divisive roadways, which separate waterfronts from Central Business Districts around the country, have been removed at great expense.  Dismiss the Trinity Tollway NOW.

The right thing for Dallas’ leadership is to accept a new direction, recognize we are smarter now than earlier, and put what money is available to the sensible Trinity improvements.  It’s time to get on with building the Big Idea City that makes sense and one which can benefit its citizens by creating a city with a sustained and bright horizon.

From his letter to the editor of the Dallas Morning News