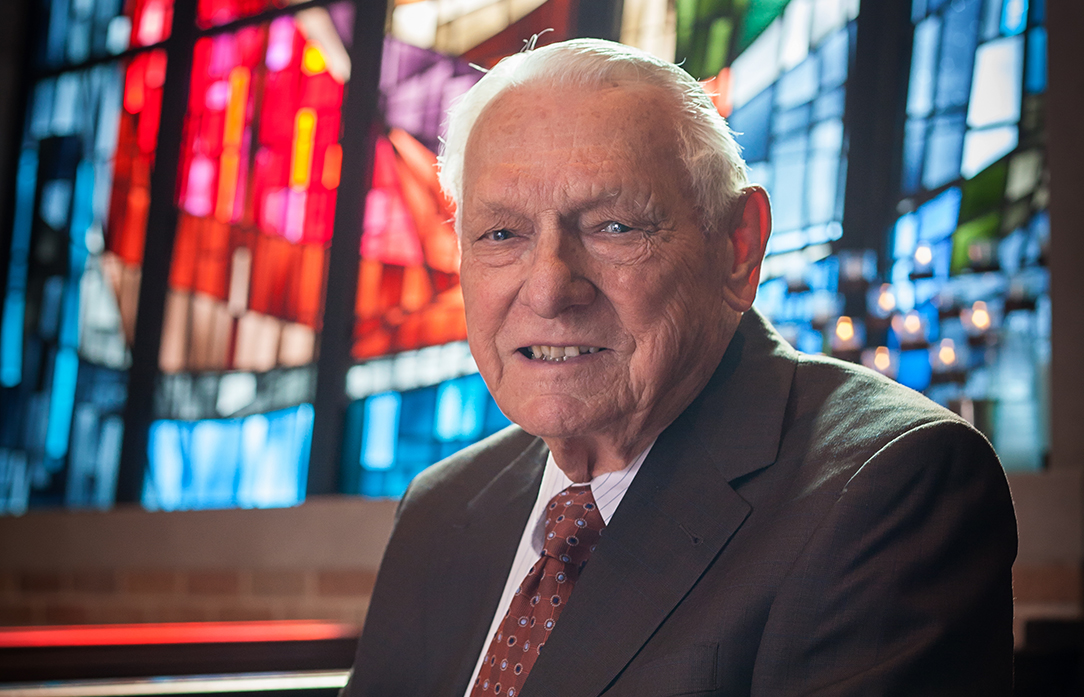 The recipient of the 2014 Lifetime Achievement Award, James A. Clutts, FAIA, is an architect with a vast and impressive career. Jim’s contributions to the built environment include a notable range of civic, educational, and cultural projects both in Dallas and across Texas. He is also a former president for both the Texas Society of Architects and AIA Dallas; his leadership in the profession has left a significant mark.

Prior to celebrating his 90th birthday this year, Jim discussed with Columns some highlights of his distinguished career on a visit to one of his favorite projects, Saint Michael and All Angels Episcopal Church, Dallas.

How did you get your start here in Dallas?

I started with a firm called Smith and Mills. Smith Mills eventually broke up, and Smith asked me to go with him. So I did and he started his own company: Harwood K. Smith [present-day HKS]. I worked for him for several years. We did quite a few buildings together, including Saint Michael and All Angels Episcopal Church and a good number of other churches before I resigned to go into business for myself as Clutts and Parker. And I continued to build churches and some schools. We eventually became HKCP, Harper Kemp Clutts Parker, and did many civic, cultural, and educational buildings here in Dallas.

At the turn of the century, I sold my firm to the two leading architects working for me at the time. They still own it to this day and have changed it to Jennings and Hackler: Grady Jennings and Bob Hackler—both really good architects.

You have a very involved history within TSA and AIA Dallas. What were some highlights?

Yeah, I pretty much held every position you could hold, I guess. I was the president of the Dallas chapter of AIA and president of Texas Society of Architects. I also served on the AIA Board of Directors where I served a three-year term representing Texas at the national AIA level. I always enjoyed the relationships I had with other architects by virtue of being part of the AIA. There was always the great company of being with other great architects. A few of my close friends—Dave Braden and Pat Spillman—were also a part of AIA back then. It was an enjoyable time. 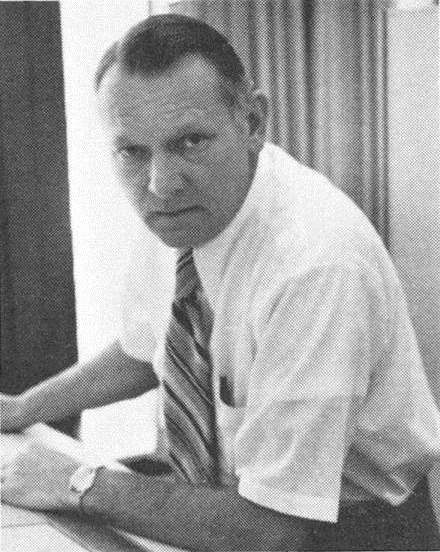 You mentioned this church [Saint Michael and All Angels] as an important one in your career. What aspects of the church are you most fond of?

Well, it was during my time with Harwood K. Smith as principal designer. We were selected as the Architect of Record and had a large role to play in the design of the church. The bas relief reredos sculpture was commissioned to my friend Charles Umlaf, whom I met while teaching at the University of Texas-Austin. He personally selected the marble that was shipped from Carrara, Italy. The stained glass used in the windows and the large Creation Window was commissioned from a small company in San Antonio. I have always really liked the way it looks here in the main sanctuary. 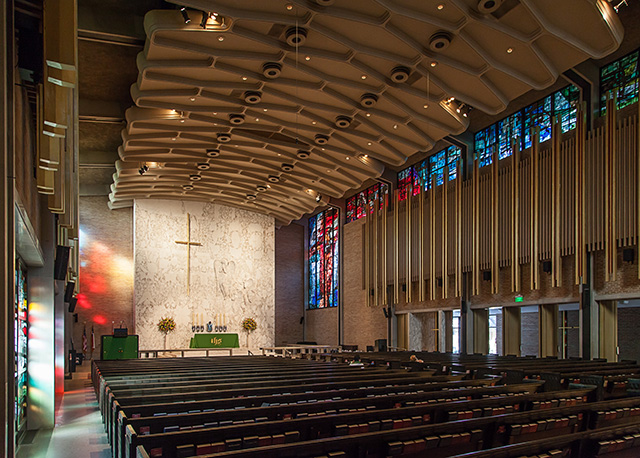 There are many civic, educational, cultural, and religious buildings that you designed. Several are on college campuses across Texas. Correct?

Yeah, as far as educational buildings, I did several buildings on the campus of the University of North Texas like the music building’s Recital Hall and the UNT Coliseum. They have a very strong School of Music there at UNT. They were good buildings. Also here in Dallas, The Hockaday School and School for the Talented and Gifted at Townview Center, which I really admire. It is a very large school with multiple levels. But there is good natural light throughout the campus: a good distribution of sunlight even in the lowest levels of the school.  I also had great relationships with the University of Texas system and Texas A&M and built several other buildings across multiple campuses. They were big and very expensive buildings. 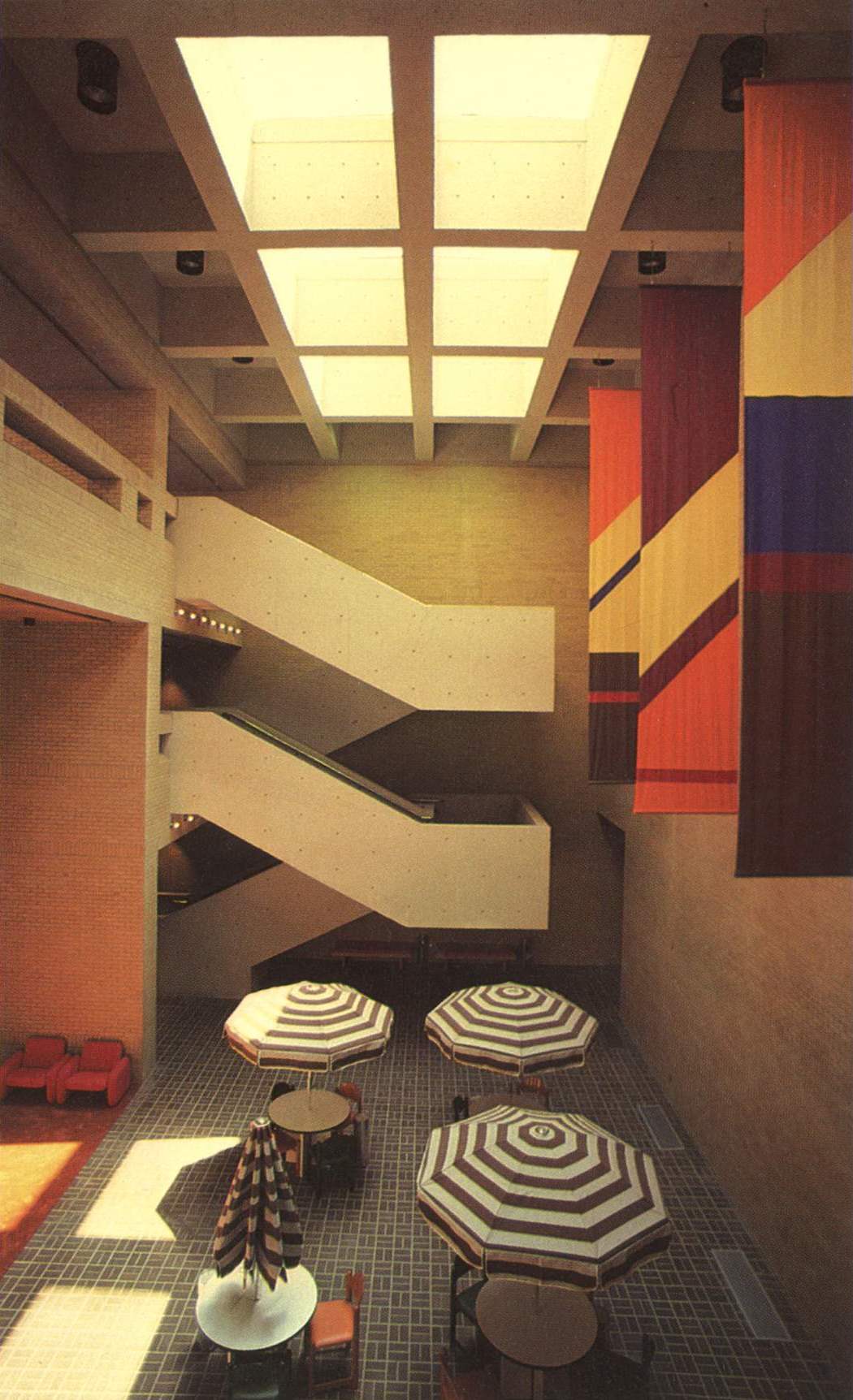 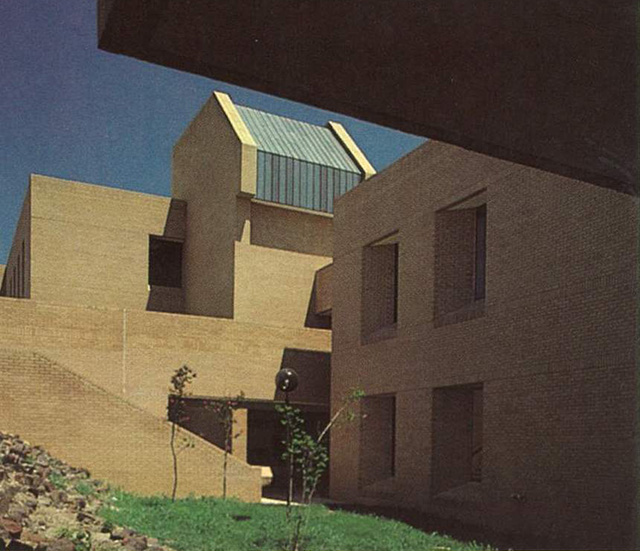 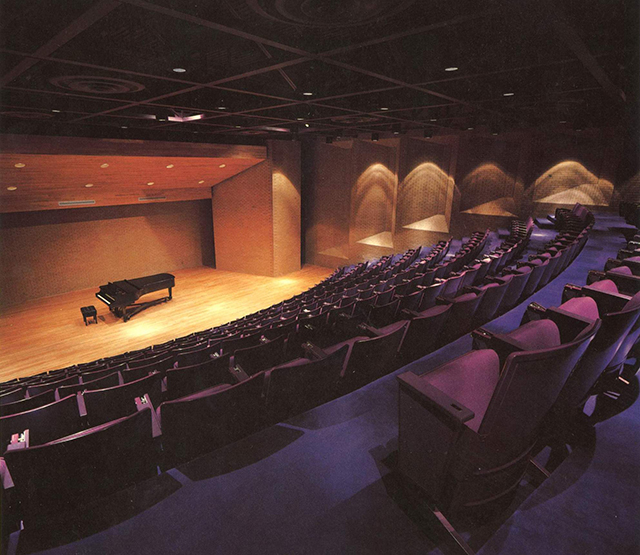 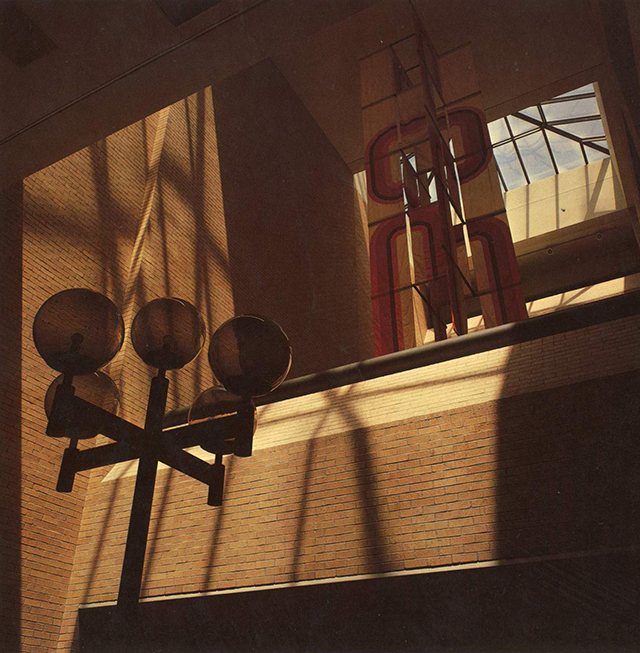 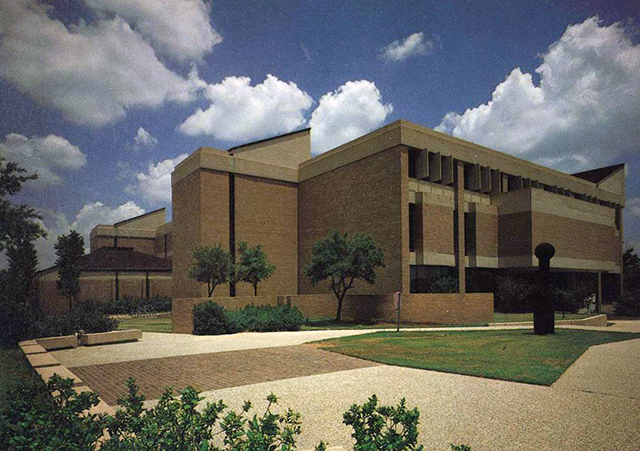 Your portfolio includes an extensive amount of church design. Is there something about this particular building type you enjoyed exploring?

Yeah, there are many things I enjoyed about designing churches. I really enjoyed working with the committees for these church projects. One church in particular in Bonham, TX, was a good example. In the beginning, I met with members of the church [Trinity Episcopal Church] and said I would like to meet with your worship committee to determine certain aspects of the project. So we set a date for the meeting and when I showed up, the same people from the first meeting showed up again! Turns out there was only about 10 to 12 families in the whole church and they showed up to every meeting! … All of them! I always thought that was pretty neat. It was that kind of “one-on-one” personal relationship I enjoyed with these types of clients. 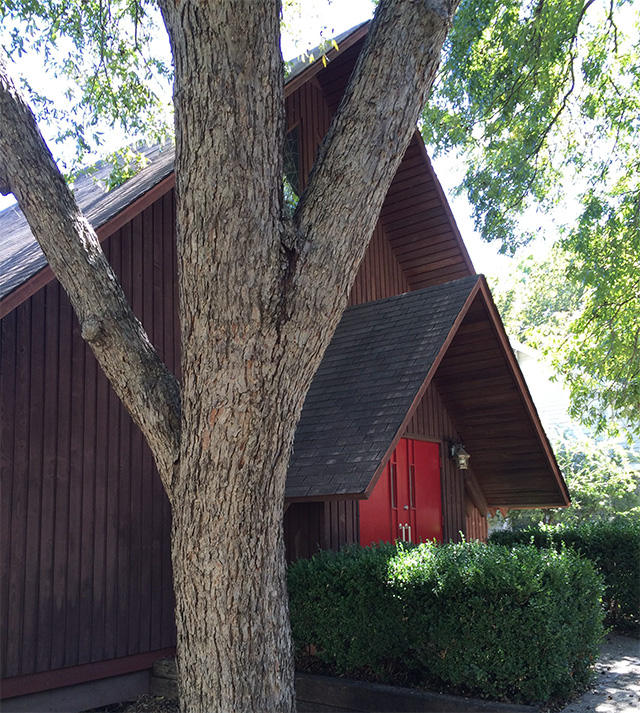 What did you learn from these relationships?

These relationships often led to great projects like the Trinity Episcopal. I wanted to have an altar that was special. So I called down to Austin from Bonham and talked to some people I knew down there who ran a quarry and did stonework, and told them I would like to have one cut of stone 8 feet long and 36 inches deep and wide that was smooth on top and smooth on bottom, and then rough around the edges like it had just come out of the quarry.  It ended up being Austin limestone and we had it shipped to Bonham and set down on two piers that were set in place in the ground. They built the small church around that altar and I thought it turned out very successful. It’s still there to this day.