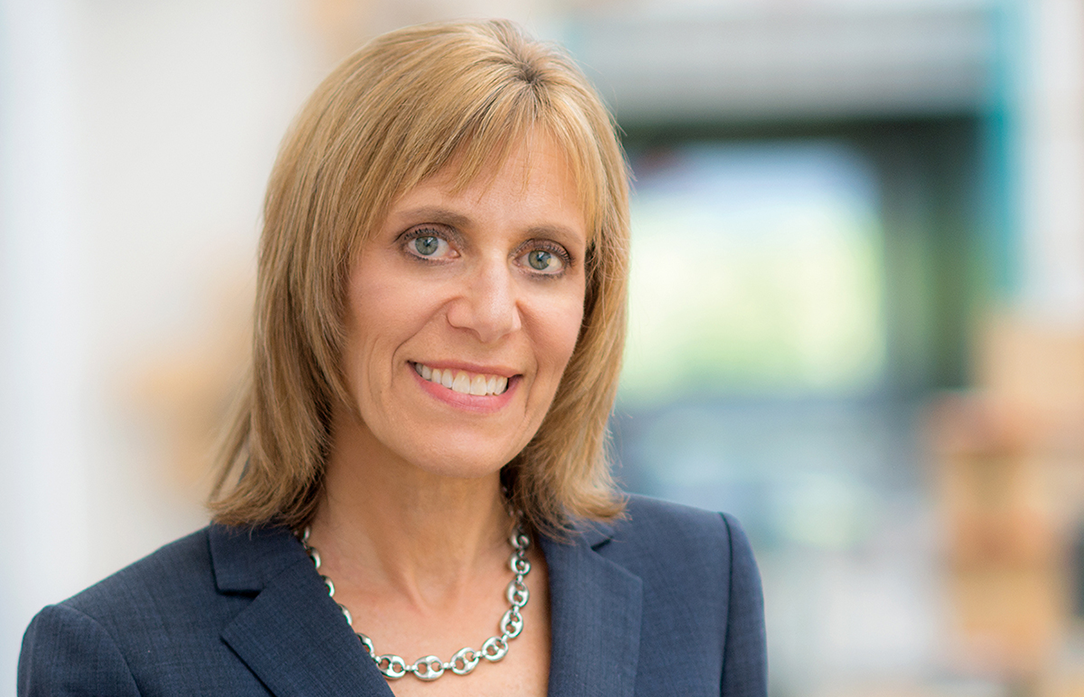 A distinguished scholar and urban designer, Nan Ellin has much planned during her tenure as dean at the University of Texas at Arlington. Prior to the much-anticipated launch of the new integrated College of Architecture, Planning, and Public Affairs (CAPPA), Columns contributing writer Andrew Moon, AIA sat down with the woman at the helm to find out more.

Tell us what brought you to UT Arlington.

I had visited UTA previously and was super impressed with the faculty, students, and quality of work. Also the opportunity to participate in creating a new college that would partner with one of the most dynamic urban regions of the world was one I could not pass up. 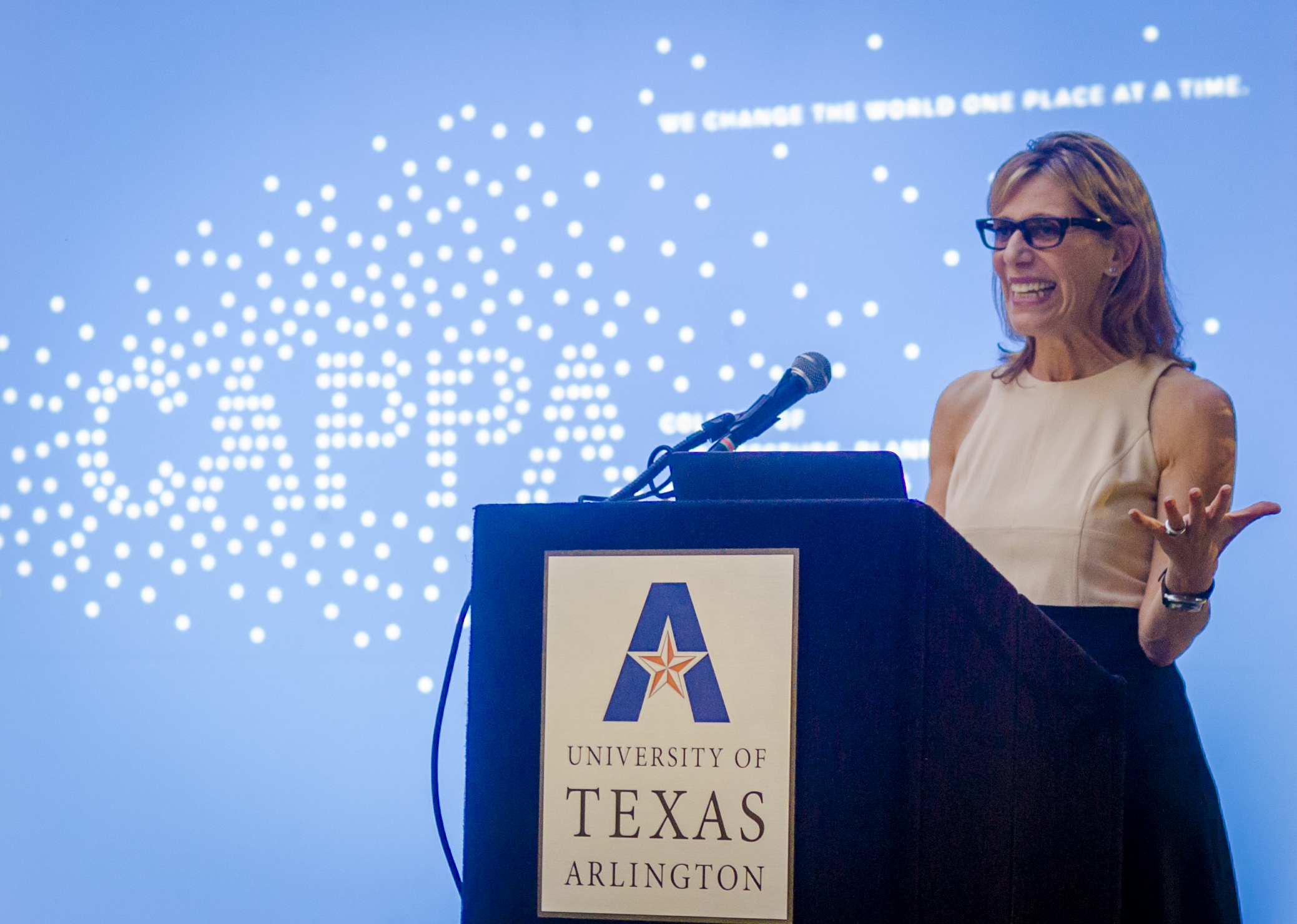 Since your move from Utah, how has living in the DFW metroplex influenced or shaped your perceptions about the built environment?

In Utah, the land is curvy and the streets are straight, while in DFW the land is straight and the streets curvy. After living in valleys for 17 years (Phoenix and Salt Lake City), the expansive horizon in DFW is emblematic for me of the BIG thinking and generosity of spirit here. No longer hemmed in by mountains, I love being able to stretch my eyes as well as my understanding about the best way to grow as cities, communities, and individuals. What I'm discovering in DFW is a unique blend of humility, pride, and goodwill as manifest in large gestures, solid teamwork and team spirit, healthy competition, and a shared enthusiasm for achieving goals. 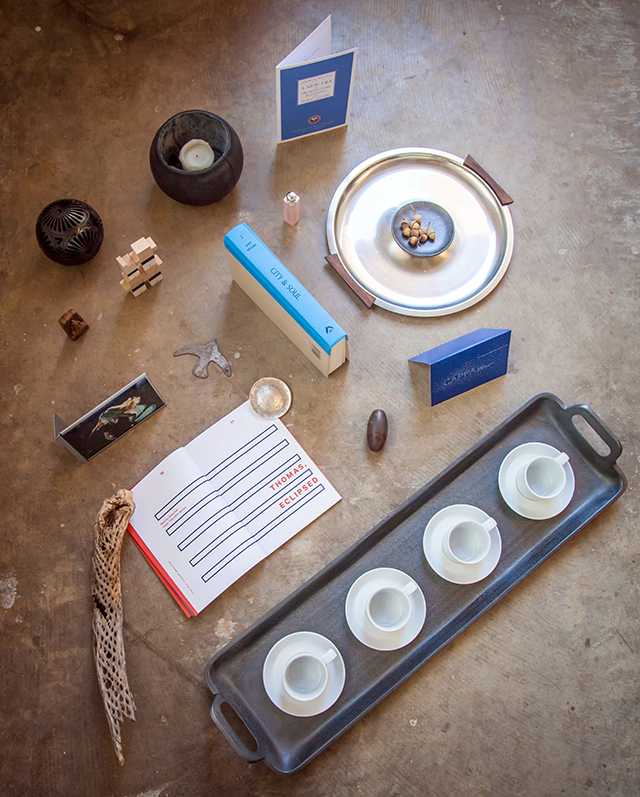 Summarize the breadth of your academic and professional experience. How do these make you uniquely qualified to lead the integration of the School of Architecture and the School of Urban and Public Affairs?

Odd but true, I’ve held leadership positions in a school of architecture, schools of urban planning, and a school of public affairs. At Arizona State University, I had the good fortune to work with President Michael Crow on creating a brand-new downtown Phoenix campus for 10,000 students. In the process, I was asked to move from directing the Ph.D. program in the College of Design to founding a new Urban and Metropolitan Studies Program (in the School of Public Affairs) on the downtown Phoenix campus, and then directing the Urban Planning Program before moving to the University of Utah to chair its Planning Department and start a new Urban Design Program. In addition, my own work in placemaking, community-building, and university-community partnerships has been helpful in co-creating the new college at UTA. 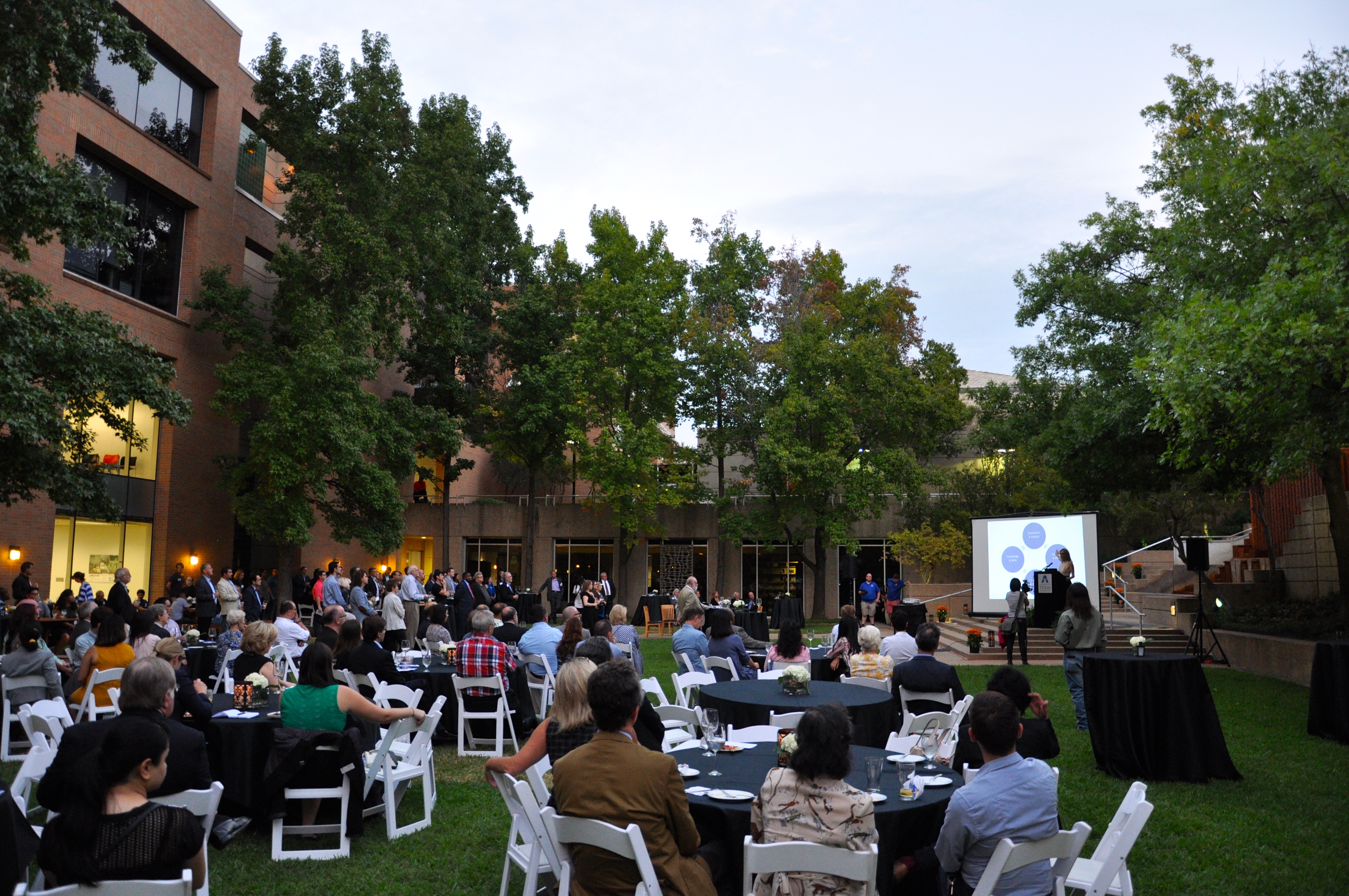 When most architects or urban planners think of great American cities, New York, Chicago, and Boston may readily come to mind. How does Dallas-Fort Worth become a similarly great city?

When I told people I was moving here, most said, “But there’s no nature there!” So, I googled Dallas nature, Dallas trails, Dallas parks, Dallas forests and streams, etc. And sadly, I found that their preconceptions seemed justified. Once I arrived, however, I discovered the Great Trinity Forest, the Trinity River, River Legacy Park, tons of trails, lakes, streams, and much more.

DFW is full of both wild and tamed nature, but urban growth and development have not typically showcased it, much less allowed nature to inform them. At the recent Urban Summit [sponsored by AIA Dallas, DCFA, the Greater Dallas Planning Council, The Real Estate Council, ULI North Texas, and UTA’s College of Architecture, Planning and Public Affairs (CAPPA)], I invited Kevin Sloan and Jessie Zarazaga to share their inspired visions for building in harmony with nature [see Columns’ landscape issue, Fall 2015].

In addition, the region could benefit from coordinating the profusion of good ideas. There is tremendous talent and energy here, but sometimes initiatives seem to work at cross purposes and cancel one another out. I’ve been suggesting we “zoom out to zoom in” and craft a synthetic vision for the region that integrates existing proposals. By painting this big picture for the region—even naming it—we can work together to realize it.

What are your goals for CAPPA during your tenure as dean?

The CAPPA motto is “We change the world one place at a time.” We do this by celebrating the unique gifts of each person and each profession through honing our ability to listen to ourselves, to others, and to “places” with curiosity, respect, and appreciation. In brief, we encourage students—and faculty too—to be true to ourselves so we can engage in authentic positive transformation of places and communities. This is how we can truly advance our fields while also contributing to strengthen the urban, ecological, and social fabrics of DFW and beyond.

More concretely, this translates into:

These are all current initiatives. During my tenure as dean, there will be many more, including a building expansion to provide state-of-the-art analogue as well as digital tools and to accommodate growth of the college.

What do you consider your most profound professional success?

The most successful projects are those that become owned by all, so they are no longer mine. I served as catalyst for canalscape in Phoenix and the 9-Line in Salt Lake City, both converting infrastructures into connective trails punctuated by vital hubs. I’ve also contributed in both cities to seed the conversation around growing authentically through building on existing assets rather than dragging and dropping ideas from elsewhere. When I arrived in Phoenix, there was a significant Desert Modernism School of Architecture to which I added Desert Urbanism, enlarging the scale. In Salt Lake City, I introduced the concept of Mountain Modernism, Mountain Urbanism and facilitated a series of conversations and exhibits on the topic. My books describe the broader and deeper thinking that inspires this practice: Postmodern Urbanism, Architecture of Fear, Integral Urbanism, Phoenix: 21st Century City, and Good Urbanism.

What inspired you to write these books?

Each book was driven by a question I wanted to answer and hoped others would also find interesting. For my first book, Postmodern Urbanism, I was trying to figure out what was wrong with our places, why they weren’t working. To do this, I surveyed urban design in the Western world from the late 1960s to 1990, and distilled the various strands of theory and practice into four drivers: form follows fiction, form follows finance, form follows finesse, and form follows fear. By the time I’d finished the book, I understood fear as the most significant of the four, largely motivating the others, and so then I assembled Architecture of Fear. Though a very depressing book, it reached number 12 on the “Architectural Criticism” bestseller list on Amazon.com, and remained on the top 100 list for 10 years.

Having explored that abyss, I wanted to understand the qualities that make places thrive. Integral Urbanism offers an illustrated meditation on the qualities of hybridity, connectivity, porosity, authenticity, and vulnerability. With Edward Booth-Clibborn, I produced Phoenix: 21st Century City to raise awareness of the creative flourishing in the Phoenix metropolitan region. The Arizona Offices of Commerce and Tourism sponsored receptions for this book in Berlin, Paris, London, Miami, and New York City as a means to spur economic development in the state. Good Urbanism asks more practically how to ensure places demonstrate the five qualities of integral urbanism.

We all know instinctively when we’re experiencing good urbanism because it supports us, rather than strains us. Good urbanism allows us to thrive, not merely survive. The question for professionals involved with shaping environments is how to accomplish this. Rather than approach a project as a tabula rasa, conventional practice for many years, good urbanists see a tabula plena, a full slate or table. In other words, good urbanists identify the existing physical and social assets in any given place, including the principal stakeholders who they bring to this table to build on the strengths by envisioning collectively while rallying resources to realize the vision. In contrast to the architect Howard Roark in Ayn Rand’s The Fountainhead, the designer is not a sole hero or lone star. Instead, we co-create as a constellation of stars, a concept that inspired our new CAPPA brand. Also in contrast to Roark’s focus on objects, we focus on systems. Illustrated with 10 case studies, Good Urbanism offers a clear path for accelerating the shift from deficits to assets, from objects to systems, from star to constellation, and from surviving to thriving.

What are you working on now?

My current book project—Habitat Instinct: Practical Wisdom for Urbanists—describes an evolutionary and civilizational shift underway that is uncovering our buried “habitat instinct.” Presumably the most intelligent of species, humans are the only ones to construct unsustainable habitats. In fact, we’ve outsmarted ourselves, our large brains enabling us to suppress the very instincts for survival. Luckily, the downward spiral is now reversing. Habitat Instinct documents this shift and offers some guidance on engaging it to improve the human habitat at any scale, from the home to the biome.

I wrote Postmodern Urbanism while living in Paris for two years, so it has a French flavor. Architecture of Fear is definitely a product of living in NYC and Los Angeles. Phoenix was the inspiration for Integral Urbanism and Salt Lake City for Good Urbanism. Habitat Instinct will be my Dallas book.

In your free time, what do you like to do outside of urban design?

Hang out with my daughter Theo, spend time in nature, swim, hike, and explore wherever I happen to be.

Interview by Andrew Moon, AIA, with Raymond Harris and Associates