Brought to you by: Historic Resources 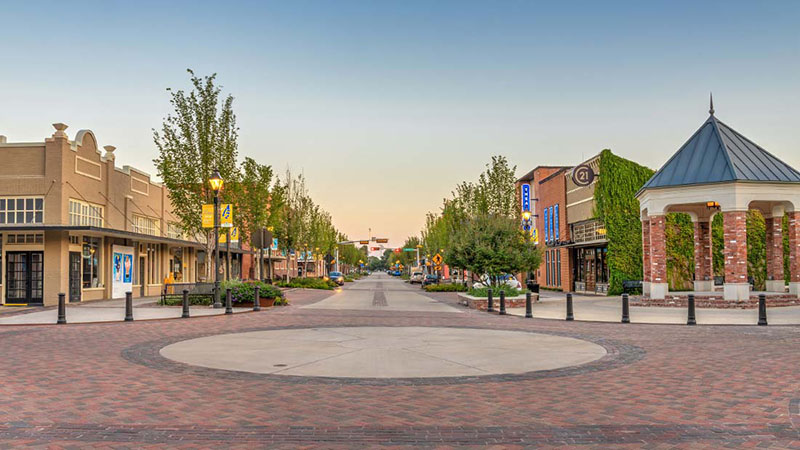 Like many smaller historic Texas railway towns that experienced economic expansion and stability at the turn of the century, since the 1950’s  Ennis has struggled to retain downtown as the economic hub. The construction of I-45 and the economic shift in investment that resulted has had an adverse economic effect on the historic downtown. The surviving predominately Romanesque Revival commercial styled buildings became mostly vacant. In 1986, the downtown was listed on the National Register of Historic Places. In 2014, Ennis enlisted Mesa + Planning and Architexas to develop a Master Plan to direct reinvestment and revitalize the historic downtown. The plan recommended a number of Catalyst Projects to, add focused projects to the downtown core, upgrade infrastructure and create a streetscape identify that encourages private sector development in downtown.

By 2020,  downtown Ennis has experienced a significant level of positive change with  the completion of numerous projects recommended by the Downtown Master Plan. The streetscape improvements has created an attractive urban environment providing accessibility, pedestrian connectivity, and flexibility to promote and support a variety of retail, restaurant, entertainment, and residential uses. More than downtown beautification, the recent streetscape and infrastructure improvements incorporate sustainable features like a suspended, permeable paving system creating a superior environment for plantings and provides stormwater detention. Infrastructure improvements were completed within the street and alleyway to promote easy private sector redevelopment of historic buildings.

Rehabilitation of a historic building as the town’s Welcome Center and city offices displays the City of Ennis’ willingness to invest boldly to promote the Master Plan’s vision. The project has enhanced the historic character of downtown Ennis and have acted as catalysts for its redevelopment and economic revitalization but they are only the beginning. Future projects are under development that includes the reconstruction of Ennis Avenue to  pass under the existing train tracks which currently pose a significant impediment to the downtown from I-45.  The new bridges will be in a historic design and create a welcoming gateway to the historic downtown.

With its authentic 19th century Texas rail town charm and 21st century sustainable infrastructure, Ennis’s historic downtown is poised to become a bustling hub of activity, fueling a growing City, and providing venues for events throughout the year, including urban festivals, street markets, and musical and theatrical performances. Its re-energized downtown core will be a stimulus to the local and regional economy, reestablishing itself as the heart and soul of the community.