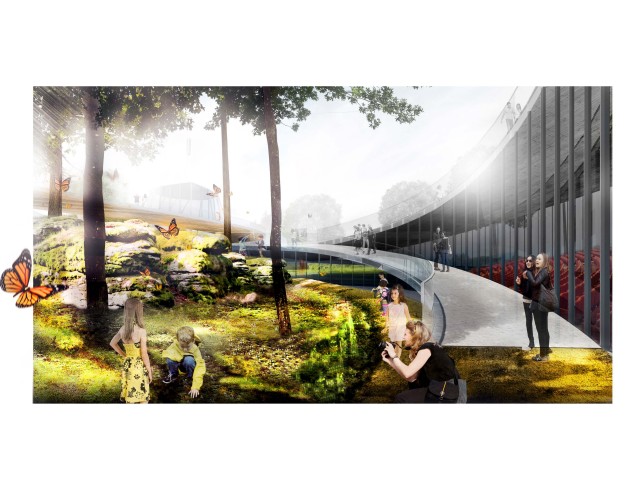 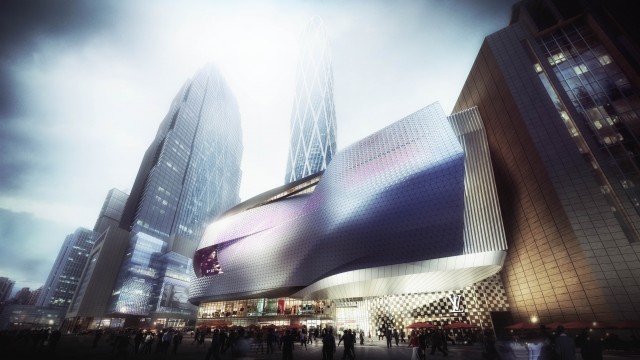 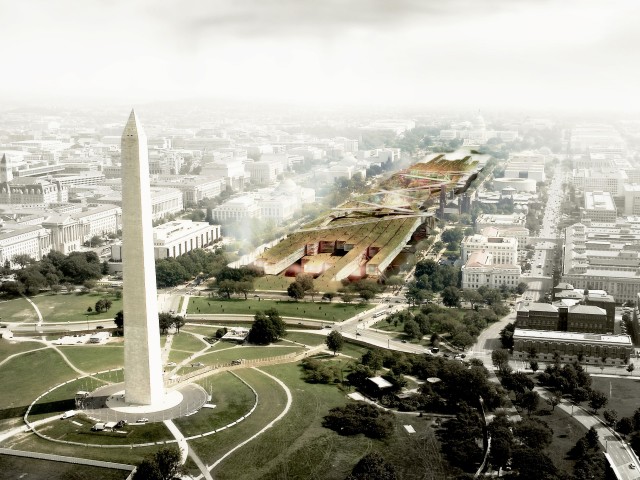 We are pleased to announce the recipients of our 2016 AIA Dallas Unbuilt Design Awards. The winning entries will be explored the evening of May 16th at 6:30 pm at the Dallas Center for Architecture.

Of 40 submissions from 14 Dallas firms, the Dallas Chapter of the American Institute of Architects (AIA) has selected four designs to receive its 2016 AIA Dallas Unbuilt Design Awards, the highest recognition of works that exemplify excellence in unbuilt projects by Dallas architects.

An additional design earned an honorable mention. This year’s recipients were selected by a jury composed of world-renowned architects, including Jacob Brillhart, founder of Brillhart Architecture; Mary-Ann Ray, a principal of Studio Works Architects, and co-founder and co-director of the experimental laboratory for urban and rural research and design at BASE Beijing; and Adam Marcus, AIA, director for Variable Projects and partner in Futures North.

The jury deliberated over 40 entries and announced the winning entries this evening at the AIA Dallas Unbuilt Design Awards Ceremony and Unbuilt Dallas gallery exhibition. “The awards reflect upon the experimental and conceptual design from Dallas architecture firms that provoke and inspire us,” said Michael Friebele, Assoc. AIA, CallisonRTKL and AIA Dallas Design Awards Committee Chair. “We are proud to share the work with the public and recognize the accomplishments of the many talented Dallas-based architects for their work all over the world.”

The Garden Education Center at the Dallas Arboretum and Botanical Gardens acts as a gateway through which all visitors will pass, an experience that is equal parts display, science, and education/outreach. Inspired by the concept of “cycles” the concept is a figure-eight loop form. The concept balances visibility with veneration to the site as it burrows into the ground and mounds into the air with the loop offering 360 degree views of the garden. The Jurors praised how the project created an experiential procession into the park.

Set within the dense city of Chongqing, the project creates a City within a City, rendering the tower as a contributing part of the urban fabric both in plan and volume. Articulation of form and spatial experience speaks to the characteristic mist that envelops the city down to the flow of the pedestrian life at street level. Spaces cascade throughout the project to form volumetric interaction with connection to the city at every level. The jurors commended the project’s ability to weave public space into a project-type primarily reserved for only a few.

The Hillen Residence connects the family to their natural surroundings by weaving into the landscape and graciously opening toward expansive views of native Texan flora. A site specific project the form, both in plan and volume, is driven by natural connections stitching together with the facets of the family’s daily life. The jurors commended the project’s ability to manifest a complex plan and idea into a simple gesture that allows the homeowner to experience the architecture and natural surrounding from every vantage point.

With a reclaimed industrial warehouse and minimal budget as a result of high equipment cost, the proposal for Oak Cliff Brewing aims to create a welcoming place for the public through minimal design expense. Using a large pecan tree on site as inspiration, reclaimed wood elements act as a unifying palette and define the character of both indoor and outdoor spaces. The jurors commended the modest proposal and its ability to prove that you can do a lot through a little.

The FED Scraper proposes a physical constraint to the US Government’s ever-expanding spatial capacity. The proposal sinks the Federal government into a subgrade metropolis where the terrain creates a physical limitation on growth. In turn, the ground place is activated for public program thus giving back large swaths of DC to the people. The Jurors praised the project’s utopian ambition and visionary scale as well as the use of humor and irony as a means of stepping the outcome outside of a comfort zone.

With nearly 22 out of 75 votes, the People’s Choice Award was given to Wellness Center (SmithGroupJJR).