Architecture on Tap Strikes Up Conversations

On June 15th, the AIA Young Professionals Network kicked off their annual summer series, Architecture on Tap, with a panel discussion about the Trinity Strand Trail. The discussion focused on the history of the Design District, how the trail has benefitted the development in the district, and what the future holds for both.

Over the past several years, Dallas has seen an increase in activity and development along the Trinity, with the Design District becoming one of Dallas’ newest and most sought-after neighborhoods. The Trinity Strand Trail meanders through the Design District, following the path of the “Old Trinity” and it’s becoming an integral part of the redevelopment efforts for the area. Friends of the Trinity, formed in 2002, has been spearheading the design and development of the trails. Clare Freeman, the director for Friends of the Trinity, was at the AoT event to present current developments and ideas for the TST. 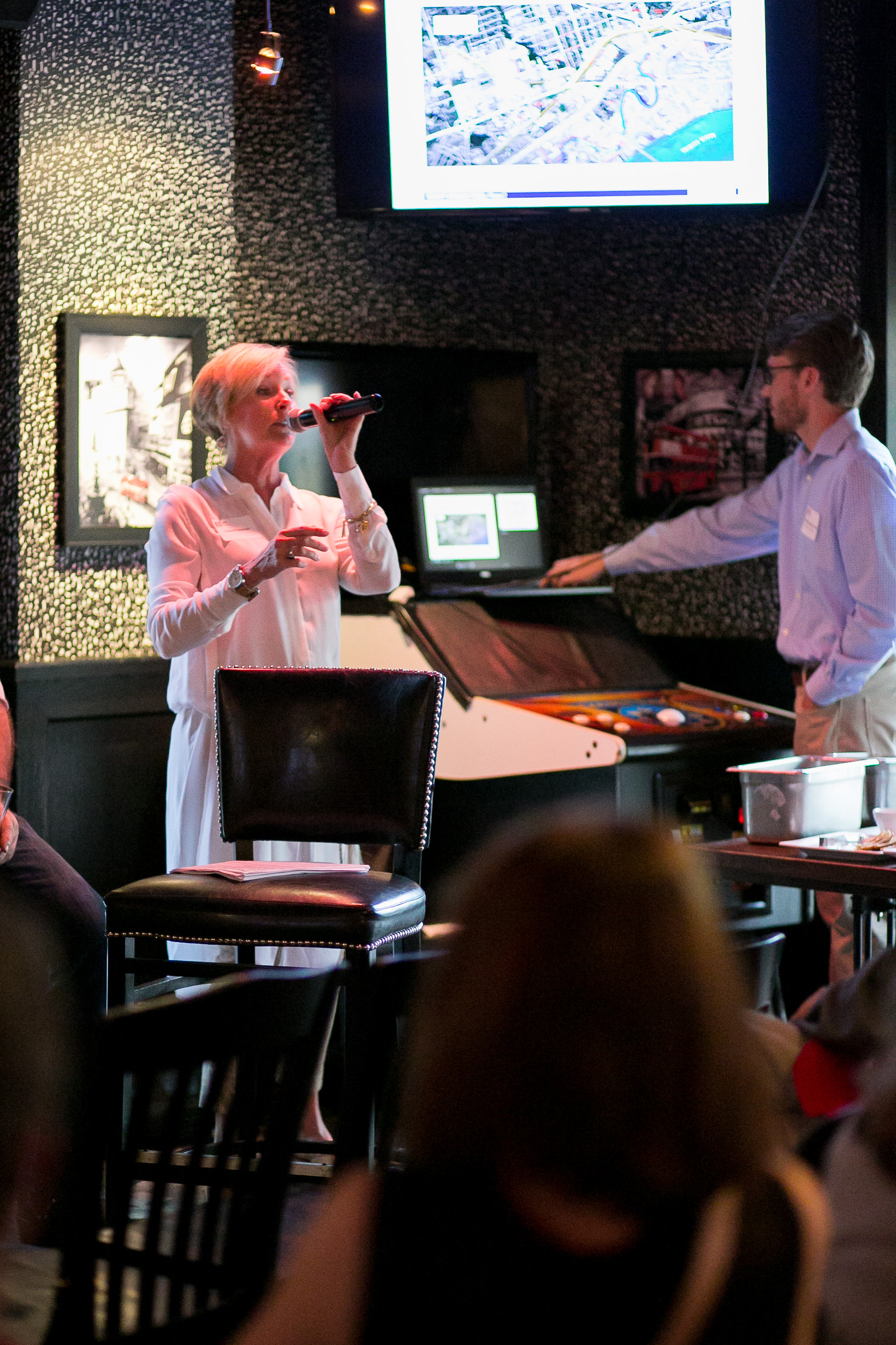 One of the most interesting parts of the discussion was hearing from Michael Ablon, founding partner of PegasusAblon, who is one of the developers that helped the Design District become what we see today. It isn’t often one gets to hear from the source of such developments; so having him as a panelist was a huge benefit. 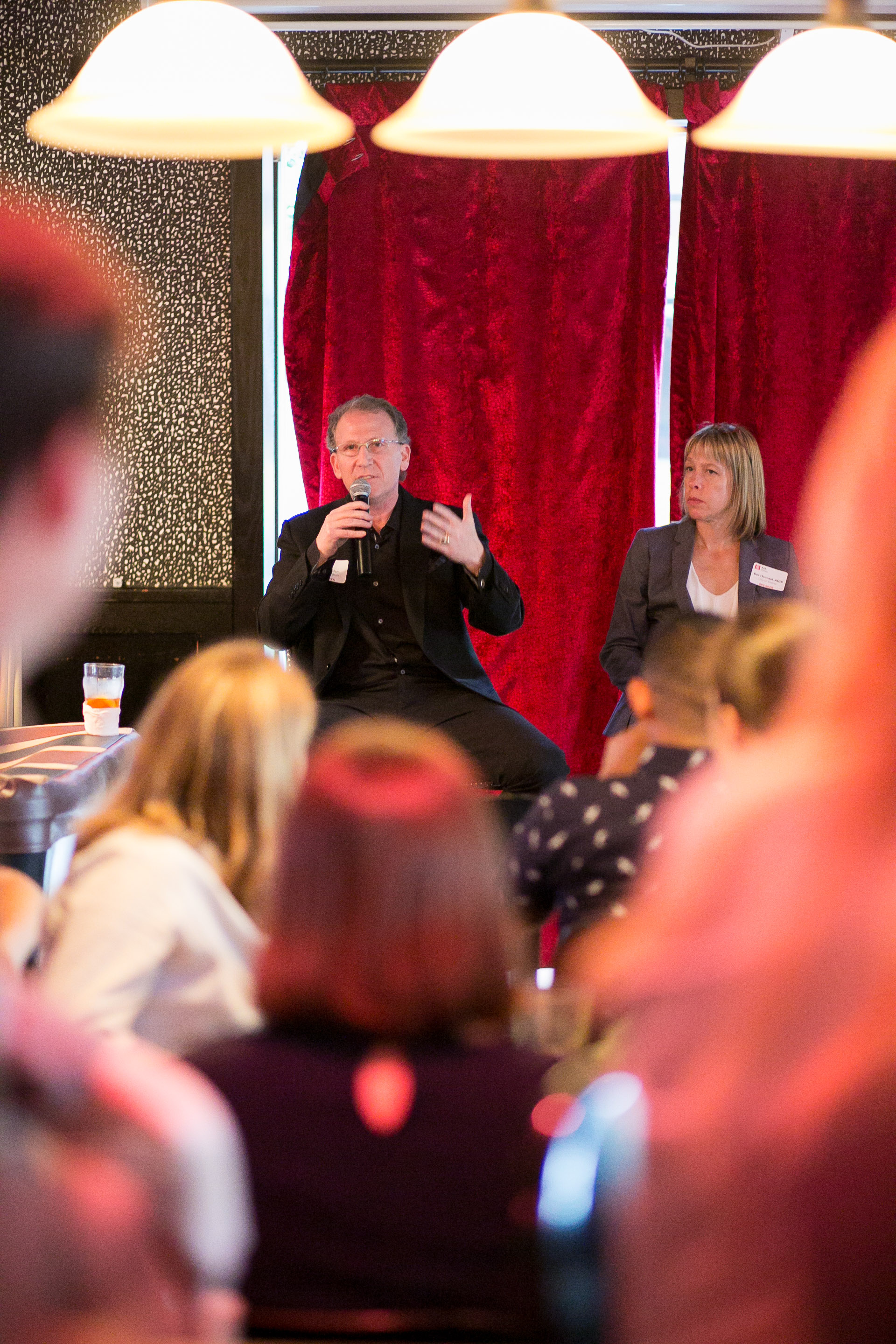 The City’s perspective was presented by Sue Hounsel, AICP, City of Dallas. She described what it took to encourage and support such developments, through Tax Increment Financing (TIFs) and Planned Development Districts. Local business owner, Jeff Hobbs from Slow Bone, shared his experience about how the developments have impacted his business, and his vision and hopes for the future.

The discussion drifted off the topic at times, but overall the discussion was engaging, and conversations and drinks kept flowing. There was a great turnout from a variety of interested parties, ranging from architecture students and architects, to engineers and residents of surrounding districts.

Quite a few of the attendees, panelists, as well as the sponsors stayed behind after the panel discussion and continued the conversation, which was a much-welcomed sight. If the first installment is any indication of the rest of the series, then it looks like we have a great summer of discussions ahead of us! 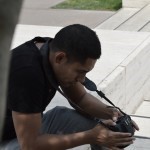 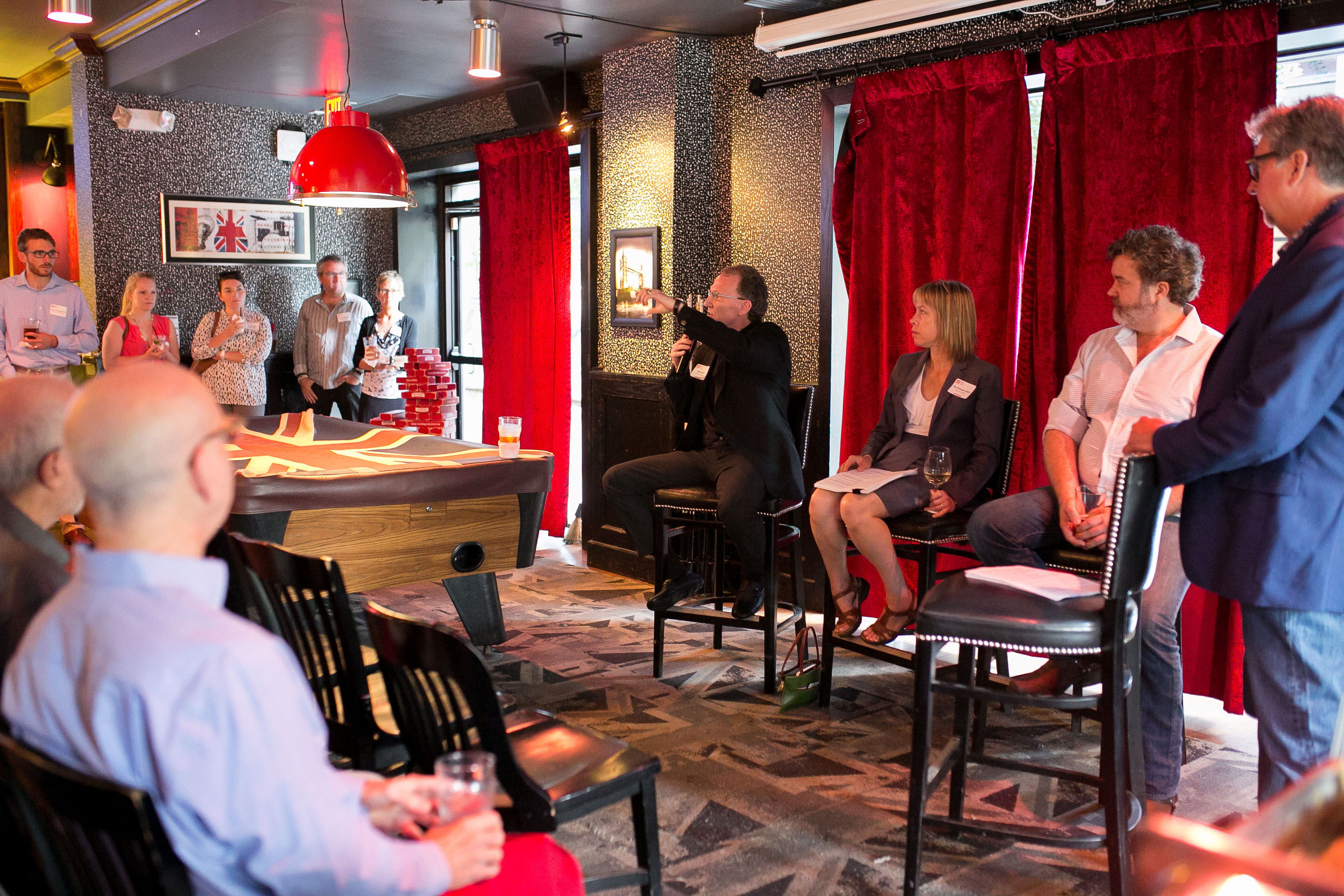 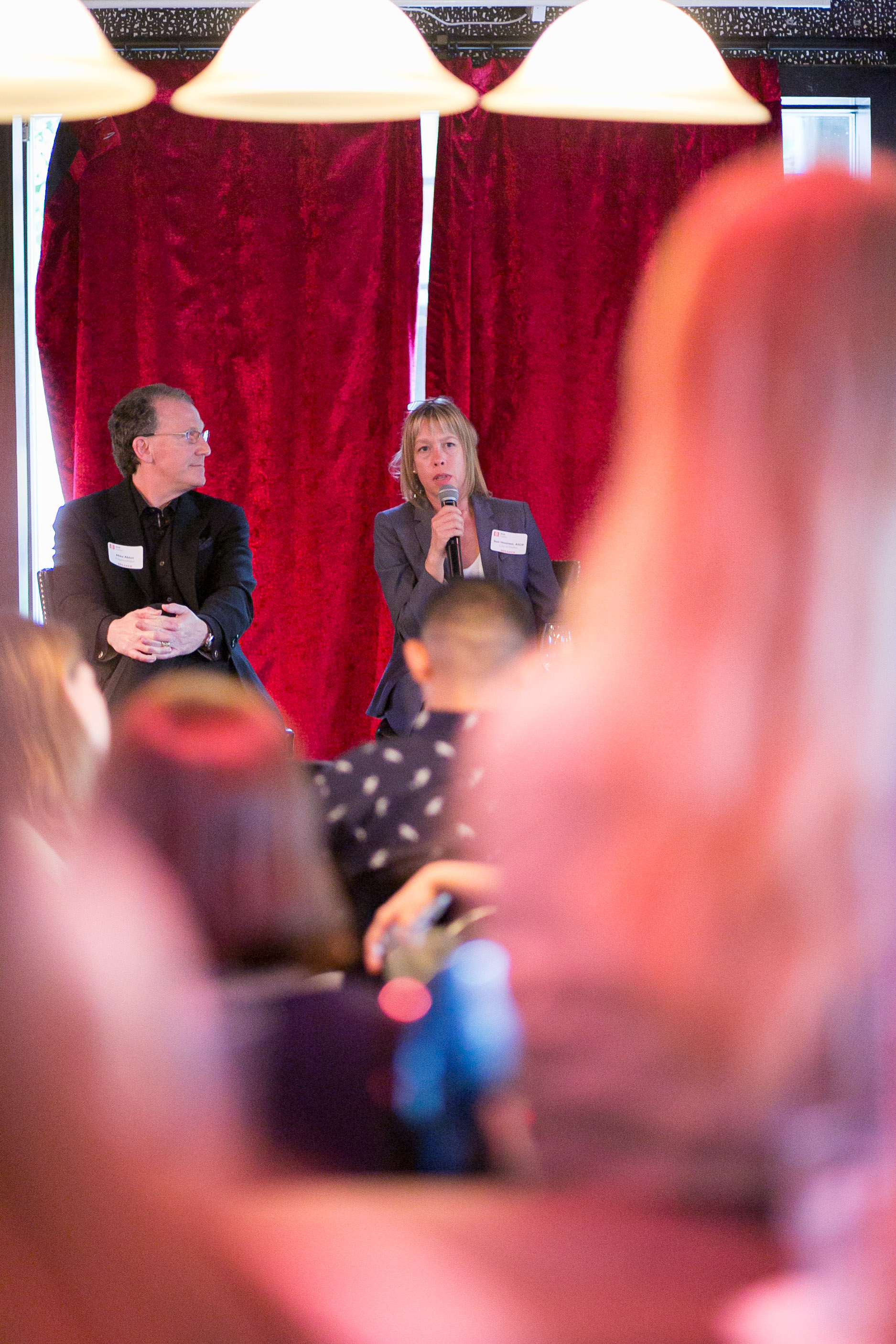 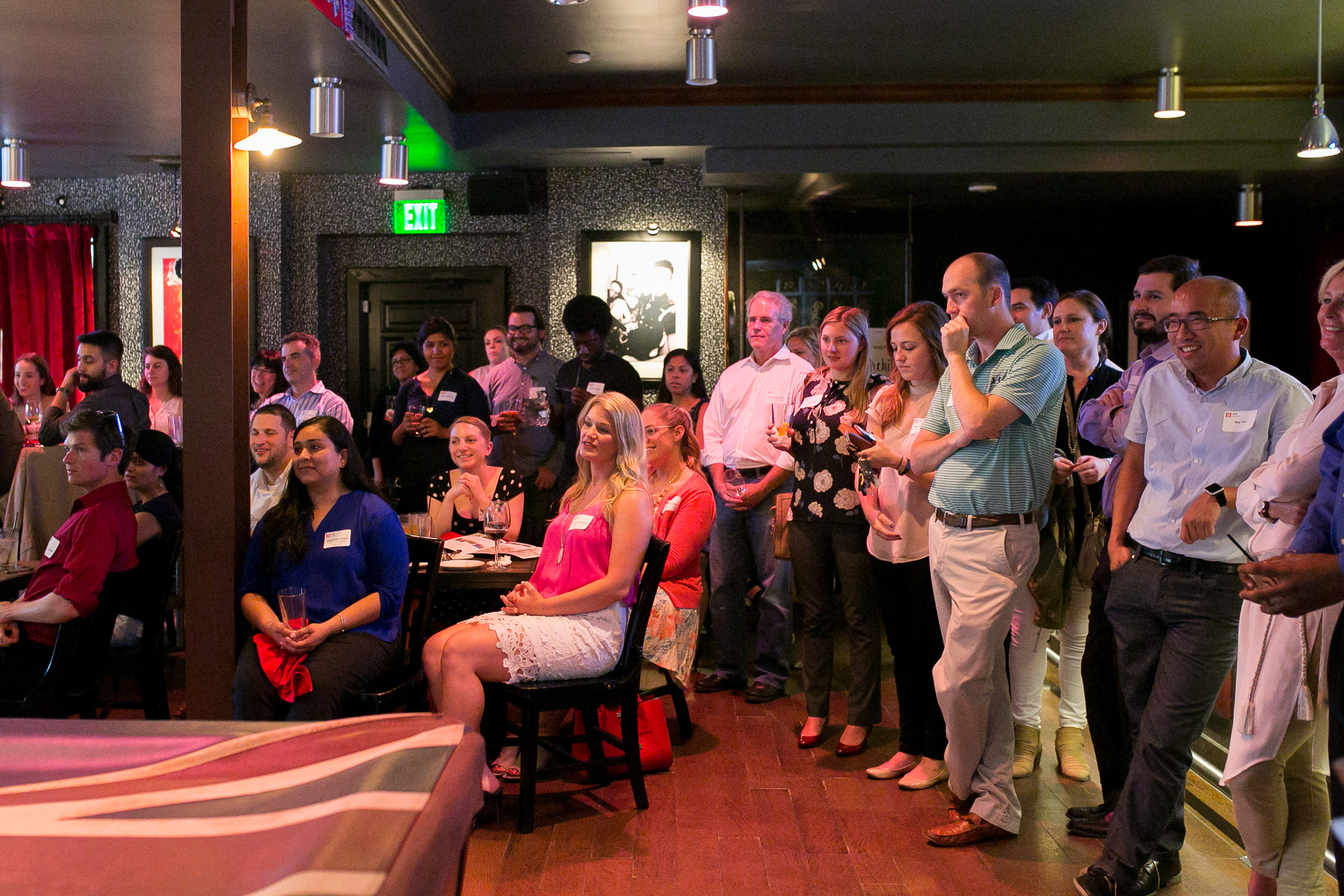 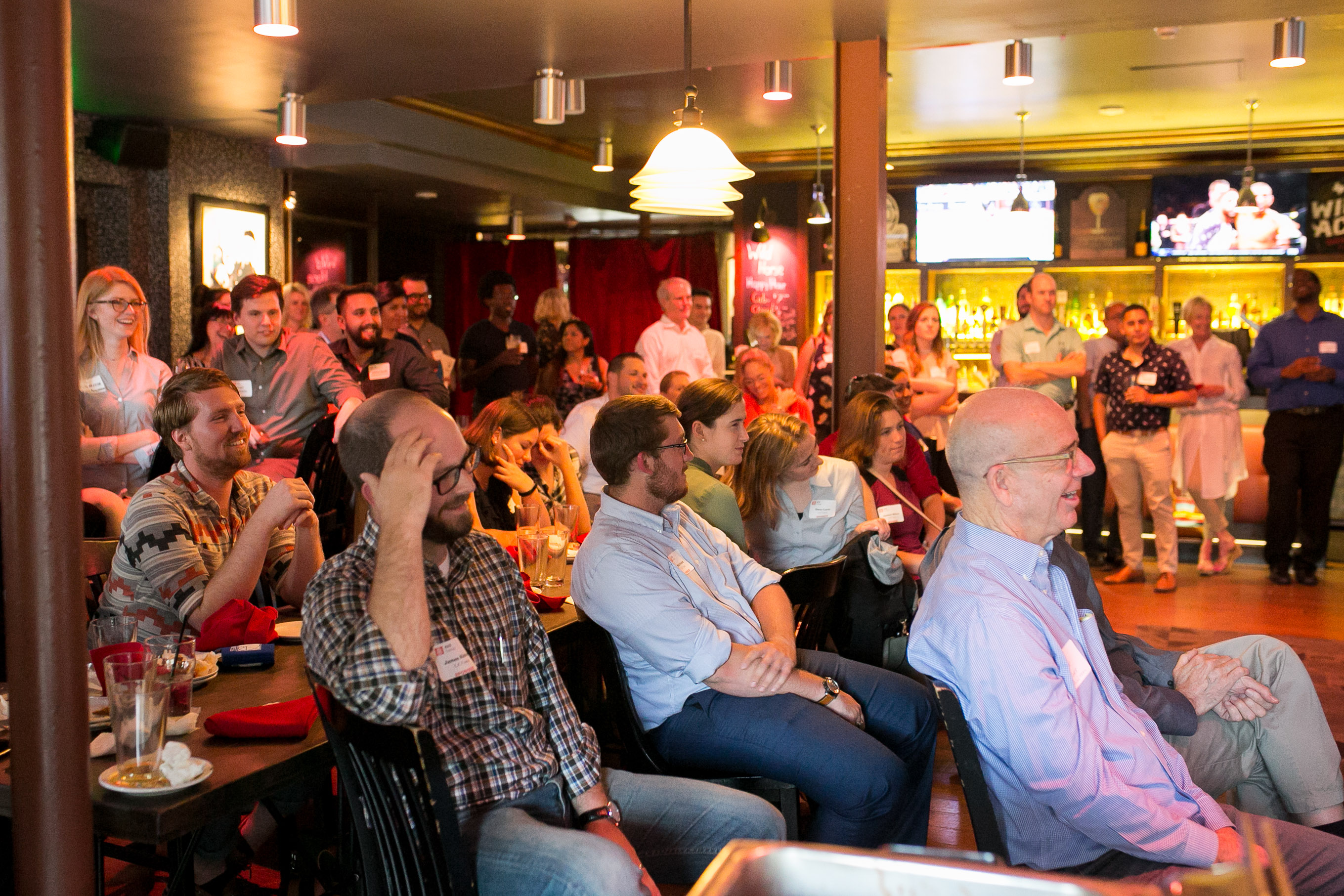