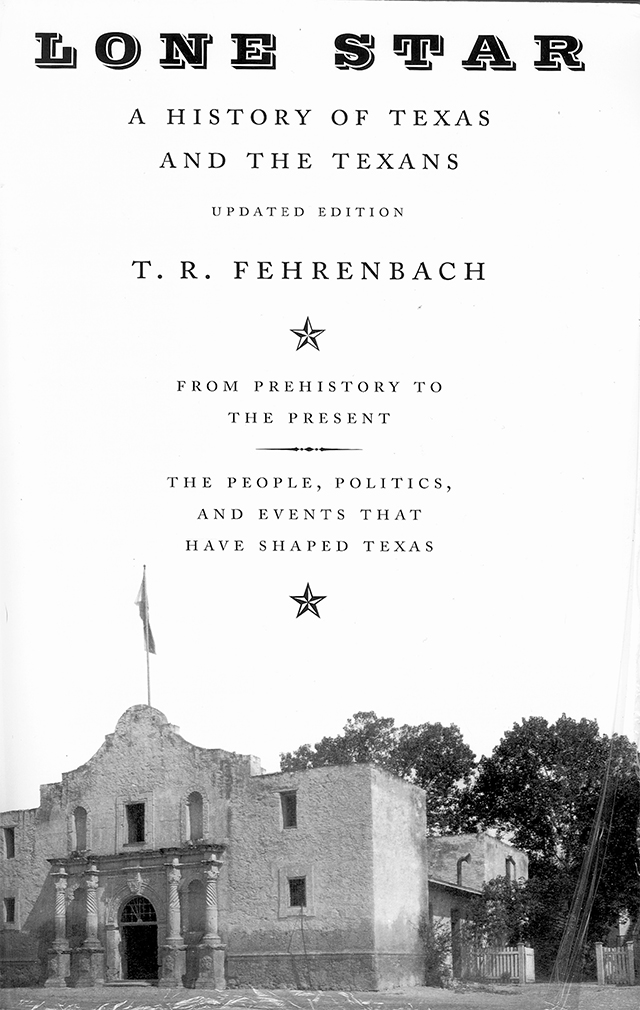 Critique: Lone Star, A History of Texas and the Texans

Since the 1970’s, architectural thought and pedagogy have evolved, the search for truth through form and technology having been challenged by a search for stories - site giving way to community.

In an effort to better understand our place and its stories, I’ve read T. R. Fehrenbach’s Lone Star, A History of Texas and the Texans.

Pages usually don’t matter, unless there are a lot of them, and 725 rates this sweeping tome as a long hike on anyone’s literary journey. In examining the stature of Lone Star among historians, it is clear that contemporaries rate the work as iconic yet flawed - dated by its stylistic approach and compromised by embellishments acknowledged by the author. Mr. Fehrenbach wrote Lone Star as if he were there all along the way, from the arrival of primeval Amerinds to his 2000 supplement to the original 1968 text. His writing is exquisitely dramatic and feels as though history could have been inspired by the arc of his writing, not the other way around.

And that is where the critique begins. In mining the facts and illustrating the myth, the author incorporates a lexicon that is generally, but not always, ethnically prejudiced. Generally, but not always might have been acceptable in 1968, but now seems to be just simply prejudiced. The author seems self-aware, but powers through it anyway. I’m old enough to remember when this view may have been more broadly palatable, but the overall effect is one of anachronism.

That being said, the rendering of people, events, movements, and place have afforded me a greater understanding and appreciation of our difficult land and why we are so fortunate to live in Texas and shape its built environment. Growing up in Louisiana, my education emphasized the exploits of the French and their exiles - I now have a much deeper understanding of the rich and ill-fated influence of the Spanish and Mexican cultures on “Tejas” and the foundations of today’s increasingly homogenized relationship with our neighbor. I now have a more perfect appreciation of the powerful symbolism of the lone tree on the hill in the Texas State Cemetery (Lake | Flato 1996), one that will inspire my vision.

In Fehrenbach’s “Forward to the 2000 Edition”, he laments that “…Texas, through the last half of the twentieth century, has suffered little history.” He surmises that “this economic infrastructure may endure or crumble, but it will not spawn the trials, myths, and legends that explain the Creation.”

There is a state of mind that surrounds “being Texan” and just being in Texas that is supported by an extraordinary and compelling history. Lone Star is a rich compliment to any architect’s collection of stories.