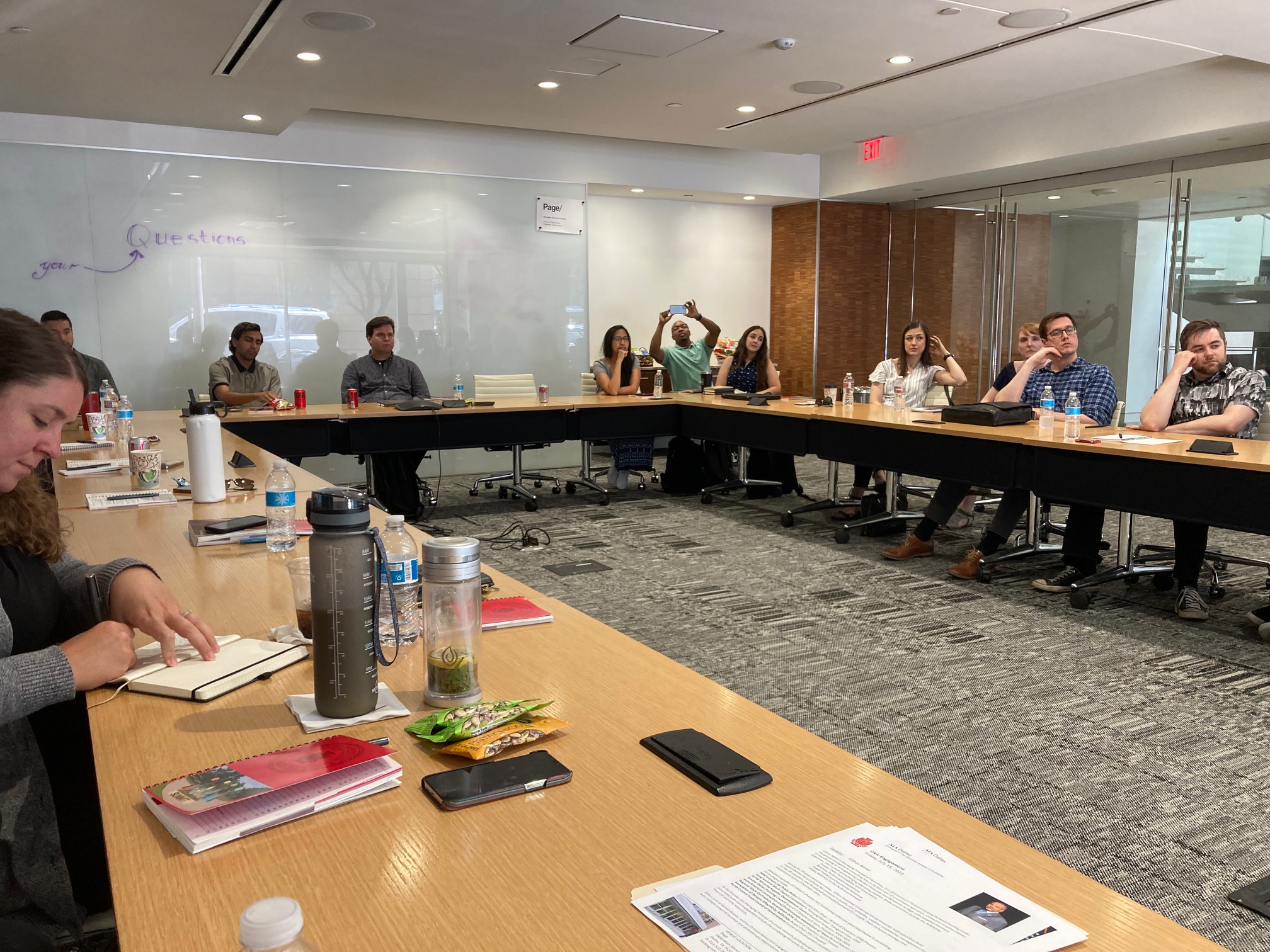 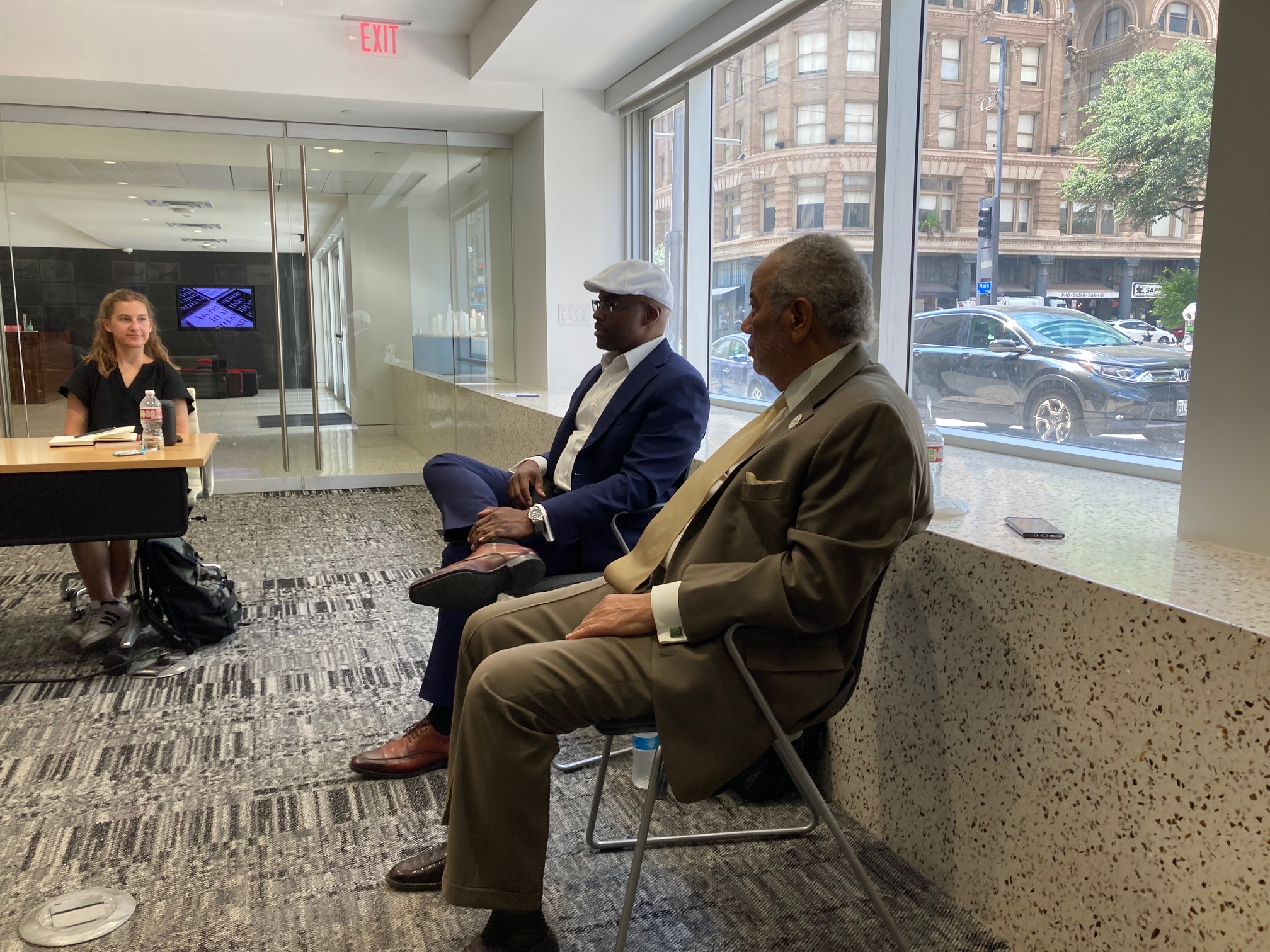 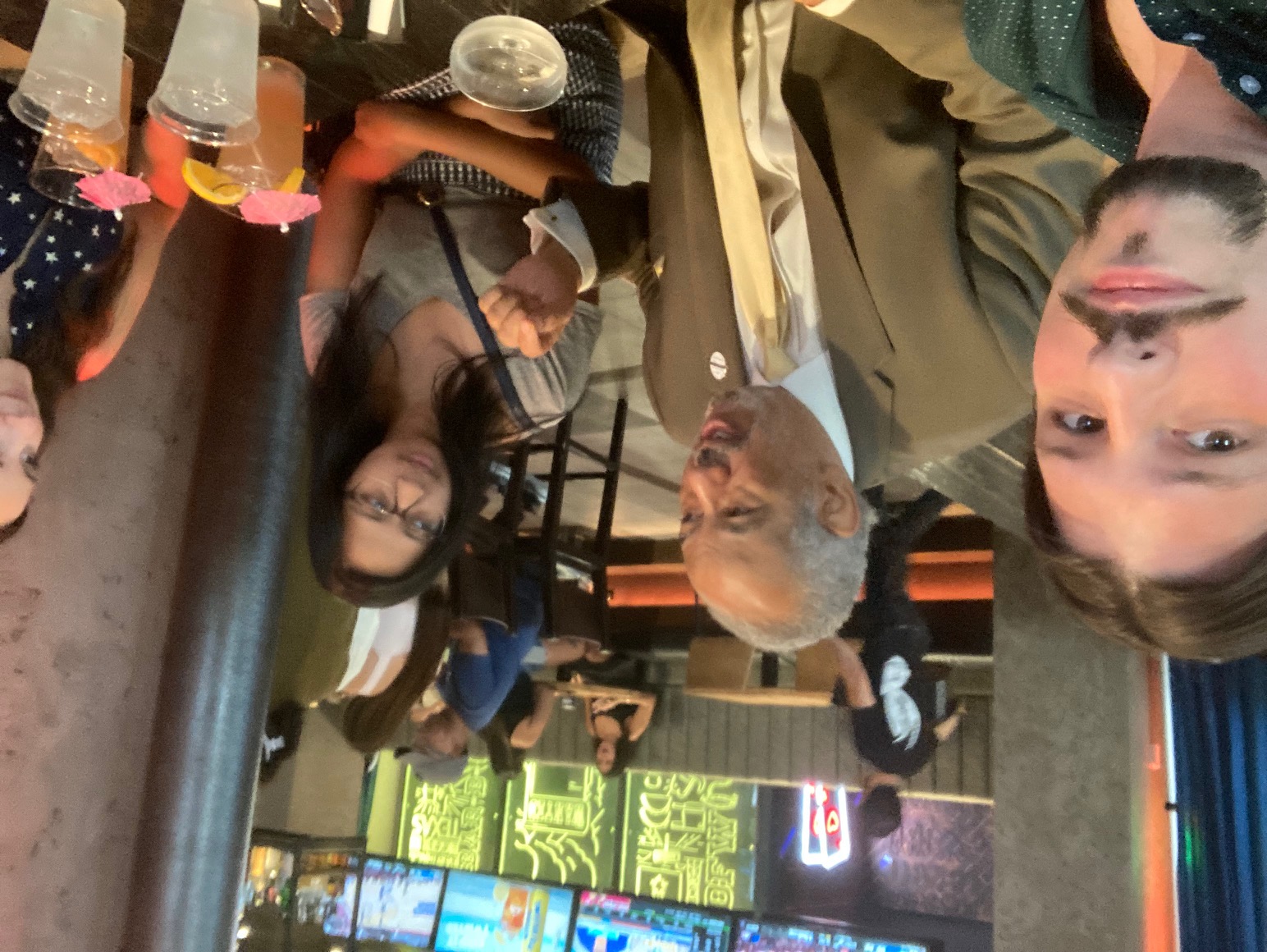 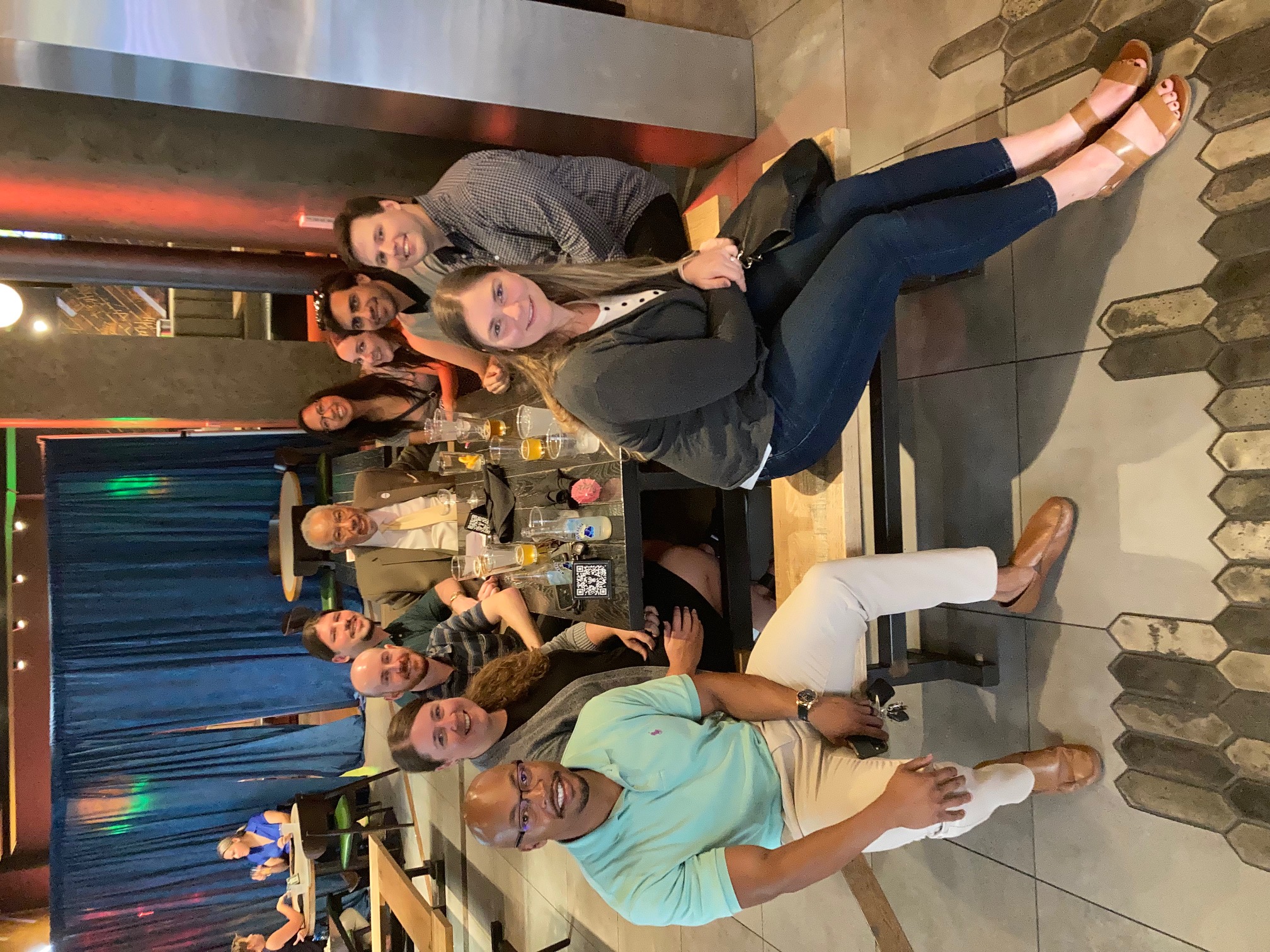 July 15th was a hot Friday afternoon in the thick of downtown Dallas. Page’s welcoming conference room, with its thoughtful layout and stunning opening glass panels, provided the setting for our beloved mentor Pete DeLisle.  Pete started the session with the subject of Foresight and Complexity. The idea of creativity in problem solving, and the environment this takes place in was explored. Innovation plotted against Adaptation. On one side of the spectrum, exploratory Capital Ventures, consisting of a hive of creative innovators with a grounded get-things-done operator at its heart. On the other, Government / Military Think-Tanks: a free-range open ideas group contained within a rigid, regimented establishment. Most of our professional lives will inevitably fall somewhere on this spectrum, and it will be our charge to deal with it in the future. This enlightening and almost liberating way of measuring organizations provided for a very stimulating session. Both in exploring the merits and consequences of doing things a certain way, but also in the chilling results of the extreme ends of the spectrum. From the purely innovation saturated Dot-Com (or Dot-Bomb) enterprises of the past several decades – to the regimented and unchanging Zombie Corporations, which above all do not realize that they are dead.

Page’s spacious conference room has a wonderfully picturesque view of downtown, but all eyes were on the Panel guests Clifton Miller and Mike Grace – two well acquainted individuals who did not know they were being brought together. The topic of Civic Engagement was on the table. This is a vaguely defined topic, but Clifton, an entrepreneur, advocate and president of Cemetrics; and Mike, the assistant City Manager of Ferris, filled the agenda and the room. Questions ranged from personal struggles with operating a minority firm, to inspiration and career goals, to lofty subjects like public housing, partisanship, and national issues. Each question was met with an enthusiastic story from one or both panelists, who’s mentor/protégé relationship came out in an illuminating way. The fundamental importance of Civic Engagement in all aspects of life, not just professionally, tied the session together.

Dreyfuss was the next item on the agenda, with several groups sharing their vision for the stunning site.  The topic at hand was site organization and building layout.  After a few groups sharing, it became apparent that the overwhelming consensus was to embrace the beautiful views of the lake while still welcoming the public to utilize this beautiful area.

What followed at Jaxon’s nearby was a lively discussion, where Clifton Miller held court over drinks. Mike was called away to his other duties across the metroplex. Topics ranged from fine dining to professional development, but the theme never ventured away from Civic Engagement. Mike Grace must have had a feeling how great the happy hour was going, because he braved the downtown rush hour traffic to return to the party. It was only after a major political event (which no one had any idea would be happening then and there), complete with security and barricades, began filling up the room that everyone said good night.

The class thanks Page for their wonderful hospitality and our distinguished guests for everything they generously shared with us.