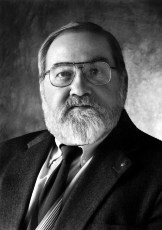 I have know Jim since my early days at the International Conference of Building Officials. Jim was a major player in the adoption of the International Codes in Texas including the International Plumbing Code which was fought by the Union Plumbers. I served on some of the same committees at AIA National after Jim and in 2004 he became my sponsor for my Fellowship bid to the AIA College of Fellows. Jim will truly be missed and my thoughts and prayers are with Phoebe and his family during this difficult time.

We are saddened by the loss of Jim W. Sealy, FAIA, an AIA Dallas Lifetime Achievement Award recipient whose influential career spanned over 50 years in the architecture and construction industries. He dedicated his life to our community, serving as a consultant to the design, codes, construction, and legal professions. Jim was especially invested in working towards providing inclusive and accessible design, as well as leading the path to better energy performance and sustainability.

Jim became involved in the writing of codes and standards in 1972 and held a continuous membership on a national, code-related committee since 1976 when he became a member of the Southern Building Code Congress International (SBCCI) Fire and Life Safety Subcommittee. He chaired the American Institute of Architects (AIA) Building Performance and Regulations Committee Liaison Team to SBCCI and served on the AIA Codes and Standards Advisory Committee. The only privately practicing individual to sit on two International Code drafting committees, the International Residential Code and International Performance Code, Jim also served on the International Code Council (ICC) Means of Egress Committee.

Jim received the SBCCI Alton T. Riddick Award for outstanding service to the building code industry in 1988. In 1992, the City of Dallas recognized his service to the disabled community with the William H. May Award. In 1993, he advanced to the prestigious College of Fellows of the American Institute of Architects. In 1999, he received the International Conference of Building Officials John Fies Award and the AIA Dallas President’s Medal. In 2004, ICC honored him with the Bobby J. Fowler Award. In 2011, Jim received the AIA Dallas Lifetime Achievement Award, the most prestigious honor given by the organization.

A featured speaker for many years, Jim was one of the first AIA members to deliver a national talk on the Americans with Disabilities Act. He gave more than 40 seminars on accessibility and spoke on the merits of a single code and the advantages of performance codes, frequently sharing his expertise and teaching continuing education programs for design professionals and code administrators.

Jim was greatly beloved and will be deeply missed.