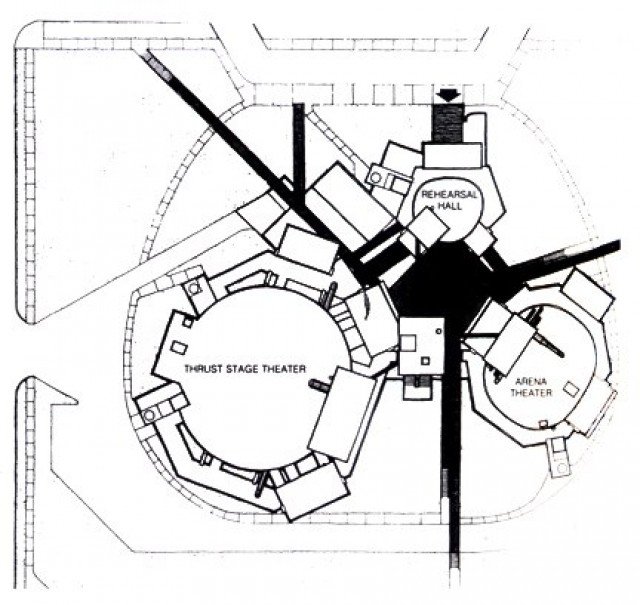 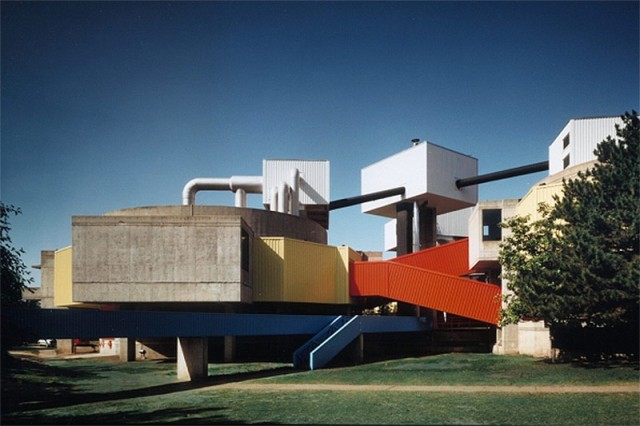 It is the final curtain call for the Mummers, but never too late to support a revival

Honored in 1970 by the American Institute of Architects, the Mummers Theater receives the go ahead for demolition.

Before Bjarke Ingels starting shaping Legos into a formal architectural expression, one specific building by John Johansen, FAIA, may have anticipated it. The Mummers Theater was perhaps the first design move that transformed the sleepy joint of interstates in the Midwest into an Oklahoma City that still to this day continues an evolution in image. Not only acting as the first major performance venue to be built in the city for some time, the Mummers Theater radically transformed the notion of functionality, displaying it and the city on the international stage for all to see.

Today, one could take a single box from the composition, stretch it out, and Presto! You would have a Wyly Theater.

If only it were that easy...

The Mummers has faded into obscurity over the years. With the distinction of each theater volume formally, faults in the building’s ability to adapt presented itself with theater companies seeking the open palette nature of the Wyly and other such venues.

Unfortunately, the chance to transform the building may never present itself as the Downtown Design Review Committee voted down a final effort to save the building from demolition 3-2. The vote marks a bitter end to a building that represented one of the first internationally recognized pieces of modern architecture in the city.

With all things considered for removal, there is a group that offers a glimmer of hope. The Save the Stage Center movement continues to explore further avenues and it is not too late to join.Visit their page on Facebook or johnmjohansen.com to view photos from the theater’s past and to see the ideas unfold on what to do next.