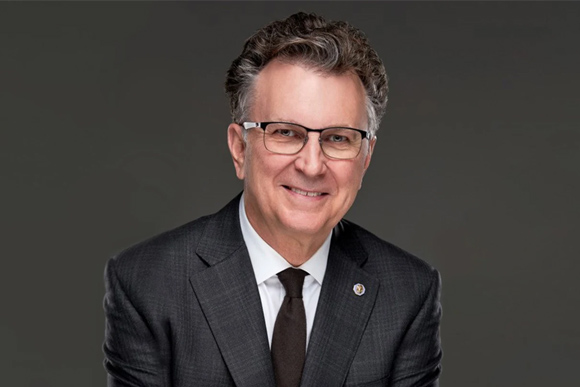 I'm thrilled for Jeff, but I'm not surprised. Working with Jeff at TSA and beyond, we all knew what a rockstar he is, and it is a joy to see his vision, his character and his devotion to our profession recognized in this prestigious award.

The Edward C. Kemper Award honors members who carry on the former Executive Director's legacy of continued and significant service to AIA.

Through his seemingly countless contributions, Jeff Potter, FAIA, has played a critical role in shaping the values and professional standards of today’s AIA and profession. A dedicated leader at all levels throughout his career, including his service as AIA’s 88th president, Potter has demonstrated an enduring commitment to excellence and advocacy that elevates architecture’s importance in society. His vision for the profession has energized emerging professionals and established architects alike, challenging them to continue to make AIA a proactive and progressive organization.

A native of Shreveport, Louisiana, Potter grew up the son of a structural steel businessman and a teaching artist, a combination that prompted an interest in the design of the built environment. After completing his studies at Texas A&M, Potter founded his namesake firm in Longview, Texas, quickly establishing himself as a sought-after strategic planner and designer of educational facilities. Later, he and his wife, Shelley Potter, opened their studio in Dallas.

Potter began his involvement with AIA with the AIA Northeast Texas Chapter—now a section of AIA Dallas—where he served in nearly every office in the all-volunteer component. In 1994, he was invited to join the Texas Society of Architects’ Publications Committee, where, for seven years, he helped shape the profession through the society’s award-winning magazine, Texas Architect. His work on the committee inspired him to volunteer on the society’s executive committee, serving as vice president, secretary, president-elect, and its 66th president in 2004.

In 2006, Potter was selected to represent Texas as a member of AIA’s Board of Directors, where he focused on the development of a strategic communications initiative. He envisioned a comprehensive examination of AIA’s brand that was launched at the 2011 Communication Summitt in Kansas City. He spurred AIA to partner with celebrated marketing and design firms LaPlaca Cohen and Pentagram while strengthening AIA’s communications staff and enhancing messaging across three publications.

This work continued into his AIA presidency, during which Potter led the initiative that repositioned AIA to more effectively communicate the value of architecture and its benefit to society. His transformational agenda gave rise to a bold and innovative communication strategy, including the widely viewed I Look Up video series and a closer focus on highlighting AIA members and their work.

Throughout his AIA leadership tenure, Potter grew increasingly concerned that AIA’s philanthropic avenues were suffering after parting with the American Architectural Foundation (AAF) in 2008. To remedy that, he joined the Architects Foundation, AAF’s successor, and later served two terms as its president, focusing on opportunity scholarships. His leadership resulted in increased support from corporate and private donors, as well as AIA’s board, that grew the opportunity scholarship program from three to 25 students enrolled in architecture programs across the country. The scholarships profoundly impact students who can change the face of the profession.