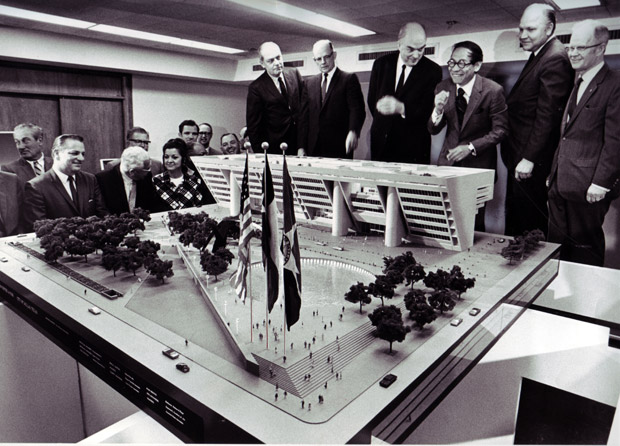 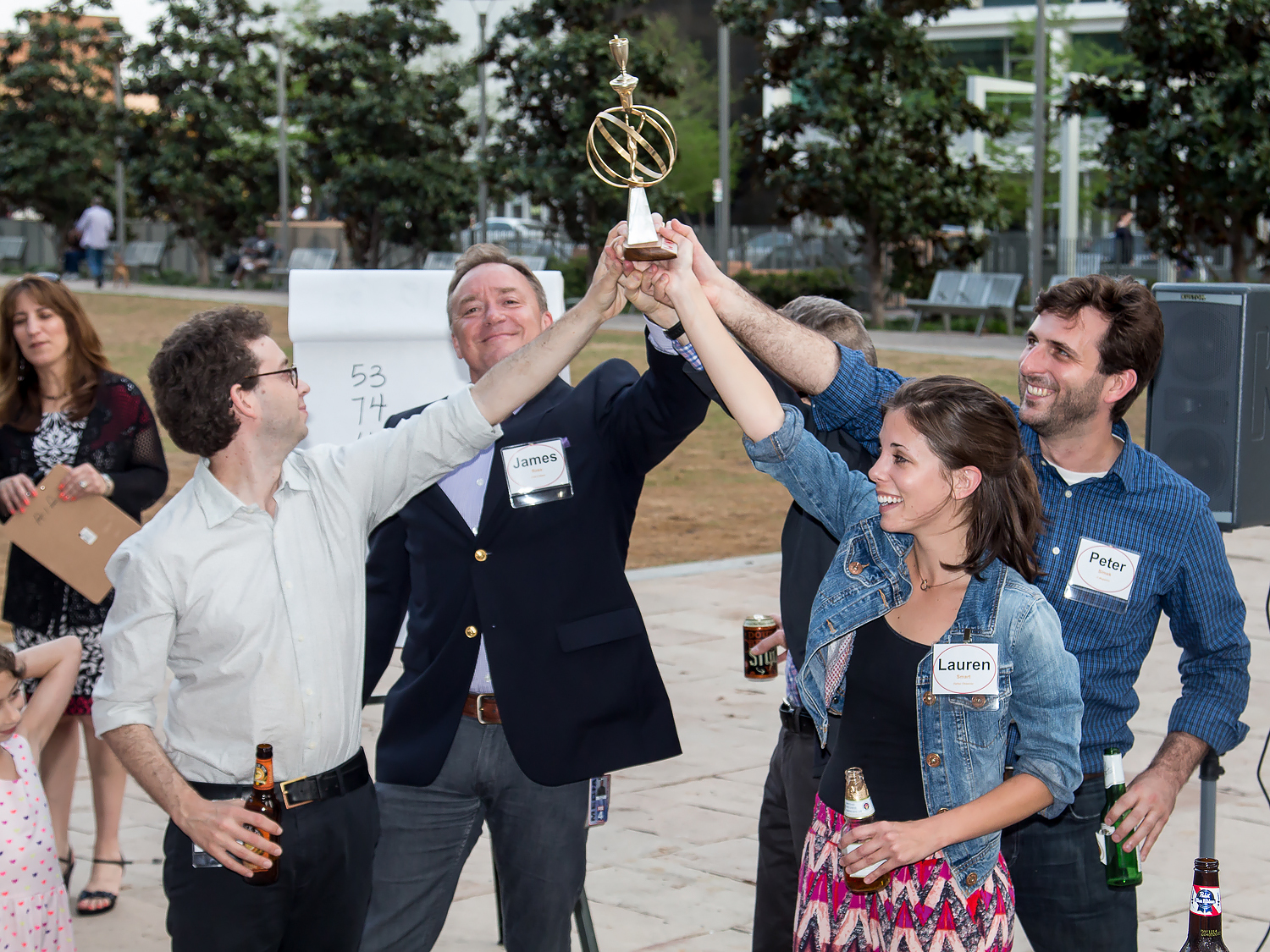 Are local journalists more in touch with the public's views on Dallas architecture than actual architects?

On Monday night, architects, local politicians, journalists and others gathered to compete in “Firmily Feud,” an architecture game show based on “Family Feud,” the classic game show. Four teams faced off: developers vs. the press; the city of Dallas vs. non-profits.

They competed to name the most popular responses to questions about Dallas architecture posted to the general public in the weeks leading up to the big game.

The winning team included James Rose of KDFW-TV (Channel 4), Peter Simek of DMagazine, Lauren Smart of the Dallas Observer, Mark Lamster of The Dallas Morning News … and Jeff Whittington, an executive producer at KERA and host of “Anything You Ever Wanted To Know,” which airs at noon Fridays on 90.1 FM.

Here’s a clip of Whittington answering a question from game show host Robert Wilonsky with The Dallas Morning News: What Dallas building should be demolished?

What did Whittington say? He rang in quickly ... and said ... Dallas City Hall. We have video proof.

What would I.M. Pei think? (He's the famous architect who designed the building.)

Monday's game is part of a month-long event called Architecture360 that promotes Dallas architecture and design. There are several more events on the calendar in April.

"There are thousands of places in North Texas we yearn to see, but there’s only so much time in the day. Allow us to help whittle down the list. Every day in April, you will have the chance to experience a building, a park, or some other space that inspires a reaction. It might be about the building itself...or the event taking place there. You might get the chance to explore a building behind-the-scenes, visit a space you’d never heard of, or celebrate one of our greatest urban spaces."

Other questions that were asked during "Firmily Feud:" What downtown Dallas building most resembles a spaceship? (Fountain Place was ranked No. 1; Perot Museum was No 2.)

What iconic Dallas building would you get a tattoo of? (Reunion Tower was No. 1, Fountain Place was No. 2.)

What is the safest building in downtown Dallas? (Federal Reserve was No. 1; World Trade Center was No. 2.)