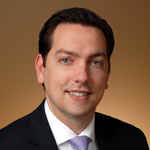 I guess this is why we need to keep Milby PLLC, et al close. Expert representation by legal firms with a deep understanding of the AEC industry is crucial to a successful outcome when called upon.

At Milby PLLC, one of our primary practice areas is defending architects, engineers, and other design professionals against claims asserted against them relating to services performed on construction projects. Occasionally contractors have attempted to assert claims against design professionals in an attempt to recover increased costs incurred on a construction project. These claims have usually been couched as negligence or negligent misrepresentation causes of action because the contractors typically have no contractual relationship with the design professionals.

Until a few weeks ago, it was unsettled whether such claims were legally viable in Texas, but the Texas Supreme Court answered the question recently in the negative: contractors cannot recover economic losses from design professionals based on alleged negligence or negligence misrepresentation. See LAN/STV v. Martin K. Eby Construction Co., No. 11-0810, 2014 WL 2789097 (Tex. June 20, 2014) (opinion available here).

In LAN/STV, the contractor, Martin K. Eby Construction Co., Inc. (“Eby”), constructed a light rail transit line for DART and then sued the architect, LAN/STV, for increased construction costs and delay damages allegedly caused by errors in the architect’s plans and specifications that DART used to solicit construction bids. At trial, the jury found that LAN/STV was liable for a portion of Eby’s damages based on negligent misrepresentation. Both parties appealed, and the Dallas Court of Appeals affirmed the judgment. On appeal to the Texas Supreme Court, the dispositive issue was whether Eby’s recovery from LAN/STV for negligent misrepresentation was barred by the “economic loss rule.”

What is the economic loss rule?

Because the rule has been applied to a diverse range of situations, the economic loss rule actually encompasses several different formulations based on the particular situation. The formulation relevant here is that a party who lacks privity with another will be precluded from recovering purely economic losses from that party based on a negligent performance of services. The rule is not absolute. Despite the rule, Texas courts have nevertheless permitted, at least in some circumstances, a contractual stranger to recover economic losses from another based on a negligent failure to provide services. See, e.g., Grant Thornton LLP v. Prospect High Income Fund, Ltd., 314 S.W.3d 913, 920 (Tex. 2010) (holding that an accountant may be liable to a strictly limited group of investors for negligent misrepresentations in a corporate audit report, despite lacking contractual privity with the accountant). Thus, whether the rule applies in a particular context depends on whether the underlying rationales supporting the rule justify its application.

Two principal rationales have been proffered to support the rule. First, because the physical consequences of negligence are self-limiting but indirect economic losses are not, allowing recovery of economic losses could result in liability “in an indeterminate amount for an indeterminate time to an indeterminate class.” Id. at *3 (internal quotations omitted). In other words, precluding recovery of pure economic losses is necessary to shield the tortfeasor from virtually unlimited liability—and therefore liability that could greatly exceed the culpability of the conduct. Second, risks of economic losses tend to be especially well suited to allocation by contract. Id. at *4 (quoting Restatement (Third) of Torts: Liability for Economic Harm § 1 cmt. c (Tentative Draft No. 1, 2012)). Therefore, application of the economic loss rule should be applied where the parties are adequately able to determine by contract how economic loss should be allocated.

The question then in LAN/STV was whether these rationales justified application of the economic loss rule in the design-bid-build context.

The Texas Supreme Court concluded that the underlying rationales supported application of the economic loss rule to preclude contractors from recovering economic loss damages against design professionals based on negligence or negligent misrepresentation. According to the court, if any party in the construction chain could recover economic loss damages from any other party in the chain due to negligence, “the risk of liability to everyone on the project would be magnified and indeterminate.” Id. at *7. Application of the rule would therefore serve to avoid indeterminate and excessive liability.

The ability to allocate the risk of any economic losses by contract also supported application of the rule in this context—and was apparently the rationale that carried the day. In the court’s view, the contractor was freely able to protect itself from its economic losses through its contract with the owner, and in fact it did, which it acknowledged was customary in the industry. See LAN/STV at *8. The court opted for the clarity achieved by restricting the available remedies to those provided by contract because such “clarity allows parties to do business on a surer footing.” Id. (internal quotations omitted).

What does this mean for me?

The bottom line is that now, in a typical design-bid-build scenario, the owner alone holds the right to seek economic damages such as additional costs of completion from the design professional. While this is welcome news for the Texas design professional community, it is not the end of the story.

As you may know, Texas law has long provided that owners do not implicitly guarantee the sufficiency of the project architect’s specifications used to solicit construction bids from prospective contractors.  See Lonergan v. San Antonio Trust Co., 101 Tex. 63, 74-75 (1907). This means that in most cases if a contractor’s price to complete increases because of a design defect, the contractor typically cannot look to the owner to cover that increased cost unless it follows a contract provision for additive change orders. LAN/STV now adds to this a bar precluding the contractor from recovering the increased cost of construction due to inadequate or defective design from the architect. With this additional avenue of recovery squashed, sophisticated contractors may seek to recover increased construction costs from the owner through larger price adjustment requests in the change order process. As such, due to more aggressive change order demands from contractors, design professionals will likely in turn see an increase in demands from owners seeking to recover these increased costs from the design professionals.

Further, nothing in LAN/STV expressly precludes contractors from attempting to recover property and personal injury damages from architects—e.g., on-site materials destroyed or lost by an alleged design defect. Architects should therefore continue to account for potential liability to contractors for these types of damages.