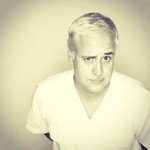 Why Architects Should Blog

I was asked to say a few words to a packed house at the 2014 AIA Austin Design Awards Ceremony ... I chose to take that as my opportunity to talk about why architects should be blogging.

I was asked to be the Master of Ceremonies for the AIA Austin Design Awards ceremony, an event that took place the evening of Thursday, May 1st. I immediately agreed when asked because it's a big deal to get asked, but as the event came closer and closer, I'll admit that I started to actually think about what it was that I had actually agreed to do. While I don't suffer from stage fright, I do suffer from "looking like an idiot" fright. I graduated from the University of Texas at Austin and this event was most likely going to be filled with ex-professors and old classmates of mine. Looking stupid is bad enough, it normally happens in front of a bunch of strangers ... but doing in front of a room full of people I know? That would be bad .... worse than bad ... it'd be "more bad". [2014 AIA Austin Design Awards Celebration MC Bob Borson] Despite my trepidation, I decided to do it anyways. There was a packed house that night, I'm told that there were 280+ people on hand. I decided to take this opportunity to talk about why I think it's important that architects blog - or at the very least, talk to others about what it means to be an architect and why we [architects] think it's important. 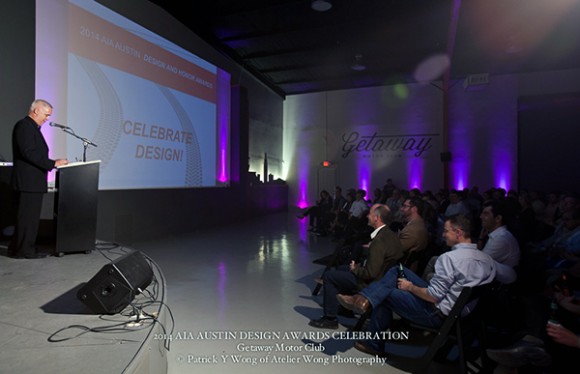 So I’m Bob and the reason I am here, my claim to fame, is because of the blog that I write – Life of an Architect. I like to think that I’m a good architect but the truth of the matter is that most of the people who know me, know me through the internet … which sounds kinda creepy. But since that’s my current claim to fame, I thought I would take a minute here and talk about it just a little bit.

It’s been over twenty years since I graduated from UT and if you had asked me then where I thought I would be in twenty years, I don’t think I would have had an answer for you. I only had three goals when I graduated; the first was that I wanted to make $100,000 a year. I chose that number because it seemed outrageous to me at the time, but also because I thought it represented success, which somehow meant that I’d made it. My salary upon graduation turned out to be disappointing $22,000 that year but luckily, things have improved for me in the last two decades. The other goal I had for myself was that I wanted to have a project that I had designed make it in to an architectural history book – now that’s a lofty goal. In the years after graduating, I amended that goal to simply getting my work published. My third goal was that I wanted to buy a jet ski. Well, I never did buy that jet ski ... in fact, I've actually never ridden a jet ski and looking back, I'm not sure why I made that goal. I was able to achieve the other two goals, turns out they weren't as difficult as I had originally imagined.

So where does Life of an Architect fit into all of this? I started that site as a creative outlet in 2010 when things around the office where I was working got a bit slow. I took it as a chance to learn something new and without really thinking about it, I just sort of jumped in and starting talking. I say talking because what I do isn't really writing, that’s an insult to writers, it’s simply writing down what I would say to someone if they were standing there with me. I’ll admit that my biggest fear in the beginning was that I would be exposed as an idiot – which I think is a justifiable concern on most days. But what I’ve learned in the 4 years since I started, is that more people think like I do than not. People – all sorts of people – like what we "architects" do, many think they want to be us, that being an architect is cool. When people find out what I do for a living, I frequently hear “I wanted to be an architect, but [dot dot dot]” I tell people “It is cool, you should have become an architect, you're totally missing out – whatever it is that you do, this is better.”

One of the objectives that has evolved on my site is the idea of creating transparency into what it means to be an architect. I want people to understand what I do as an architect and why I think it’s important. It’s hard to appreciate something if you don’t understand it. Understanding leads to appreciation and appreciation leads to value. The more people I can get to understand what I do, the better it is for all architects. This is now the main reason why I continue writing my blog.

Last year over 3 million people came to my site to read what I had to say. Remember, this is the site of a regular guy who hasn’t made it into the architectural history books ... or bought a jet ski. Imagine what would happen if someone with real architectural talent was talking to 3 million people?

I have two sisters; both are slightly older than me and on paper, they are both doing a lot better than I am. My oldest sister is a lawyer, she’s licensed in 3 different states and she’s doing pretty well. My other sister, the one that’s only 18 months older than I am, was made President of a company whose annual sales exceeded a billion dollars a year when she was only 38 years old.

And then there’s me … What have I done? I have a blog.

But … it’s a good blog. It’s an “over 3 million people a year” blog and I think it’s important. It gets people talking about what architects do, it’s fostering appreciation for our craft, it’s getting young people excited about becoming an architect, and it’s making older people regret that they didn't become an architect. I think everyone in this room should be writing a blog, or at least trying. While it's not easy, it’s important for architects to talk to other people about architecture and what we do, and it’s important that we recognize architects who are doing outstanding work. Which brings us to why we are here tonight … 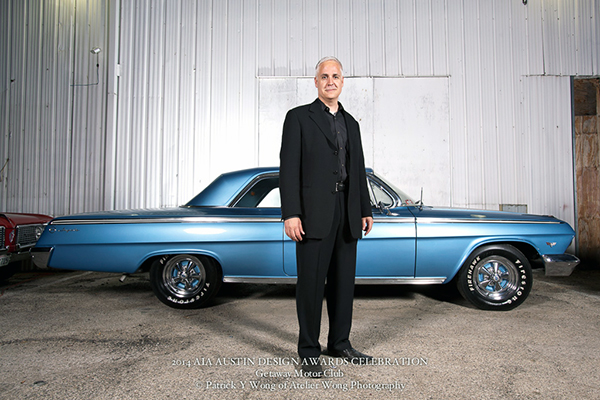 So there you have it - the reason why I continue writing this blog. Everything I do on the site here is intended to provide some sort of insight or education. On the slight chance that I write something that is neither, just let me apologize in advance.

And if you happen to have an extra jet ski laying about collecting dust, just give me a call. I'd be happy to let you give it to me.

Check out Bob discussing the many benefits a firm can get from blogging in this video produced by our Small Firms Roundtable.