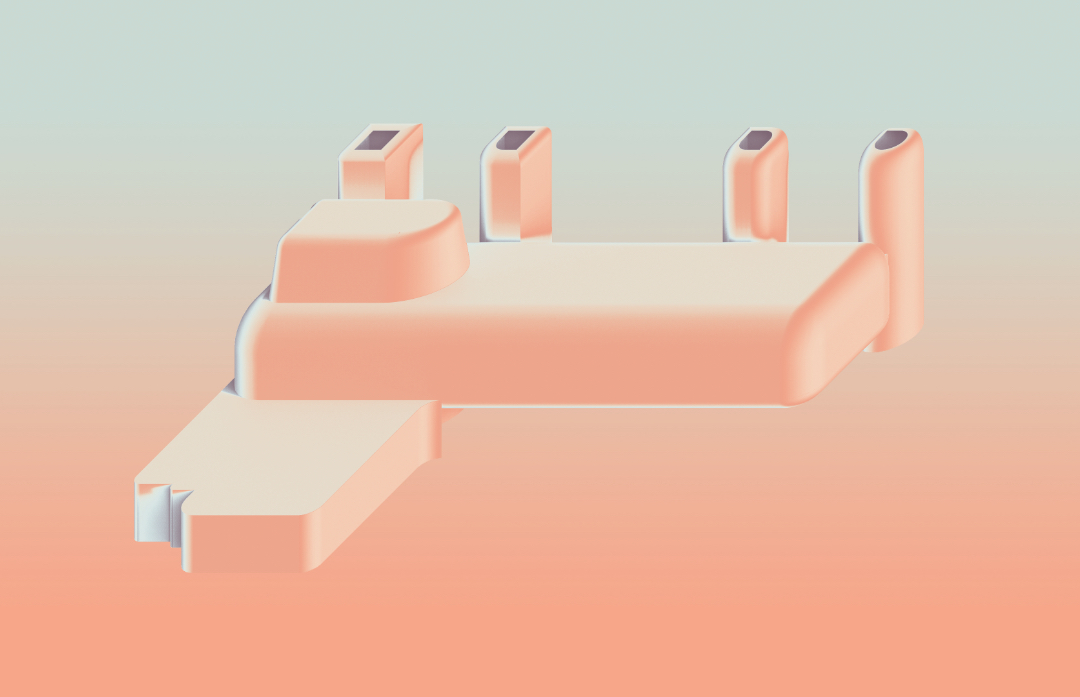 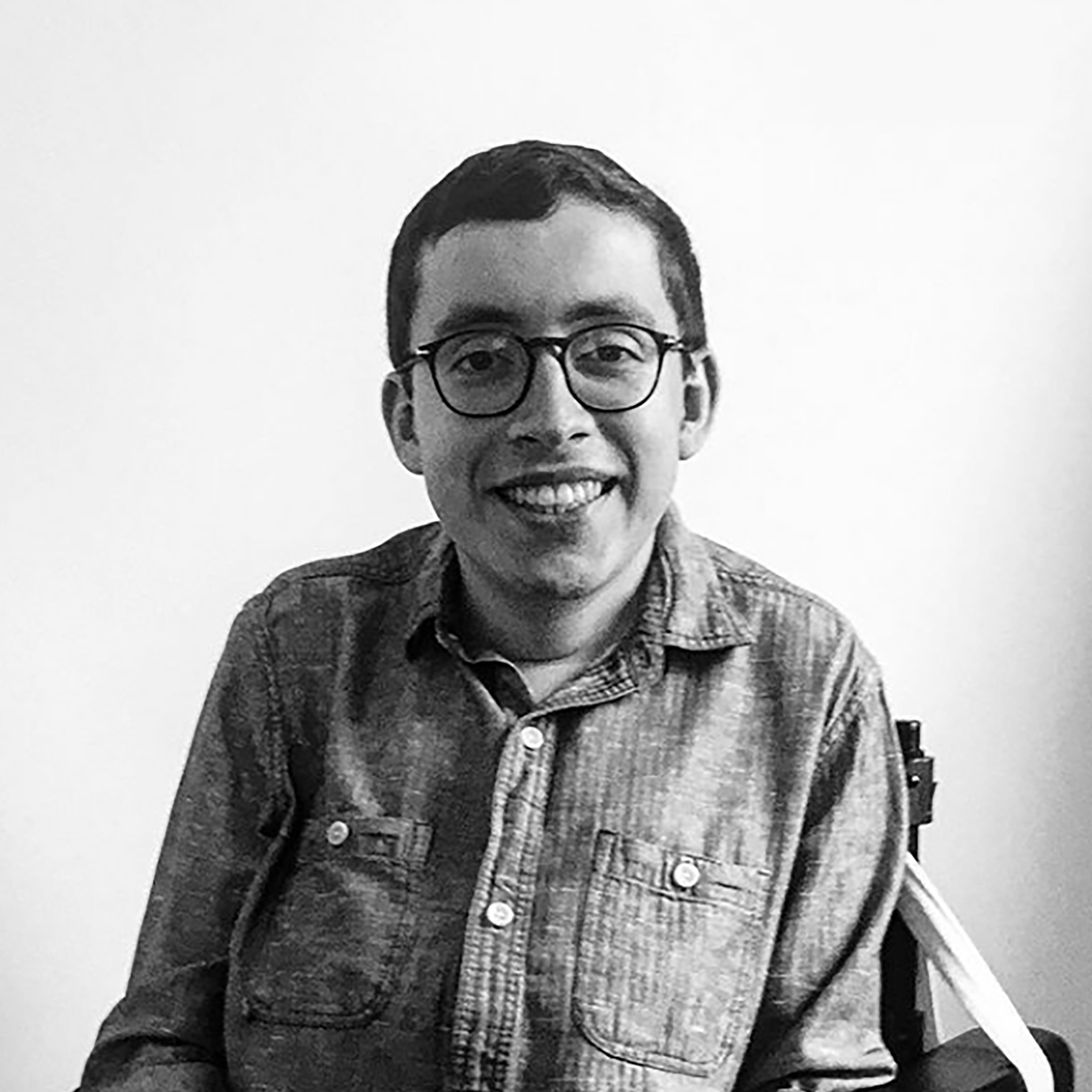 A Book of Shapes

I don’t think I have experienced space quite like the desert.

In my final year of graduate school, my studio had the opportunity to journey through Namibia in search of dunes and dead trees. You would think that an architecture studio would want to visit a significant city to check off a bucket list of buildings bookmarked on our phones or mentioned in textbooks.

So instead of the Nakagin Capsule Tower or São Paulo Museum of Art, we embraced a remote landscape and a new sense of scale. Our studio professors encouraged constant documentation of our “obsessions,” curiosities that drive our design process and influence our decisions in the form of drawings. During an exercise where the obsessions were pinned anonymously to the wall, my studio mates easily matched them to the owner.

My obsession, on the surface, was simple: shape. From minimal circles to detailed blobs, I decided that those doodles in every notebook and birthday card from as far back as I can remember would not get away from me just yet. But while driving through narrow dirt roads in one of the least populated countries in the world, my friend pointed out a majestic hill with a wonderful round top and said, “Hey, look, one of your shapes.” As we laughed it off, I learned a simple lesson on how those drawings were not only notations used in my design process, but also a lens to view the world. 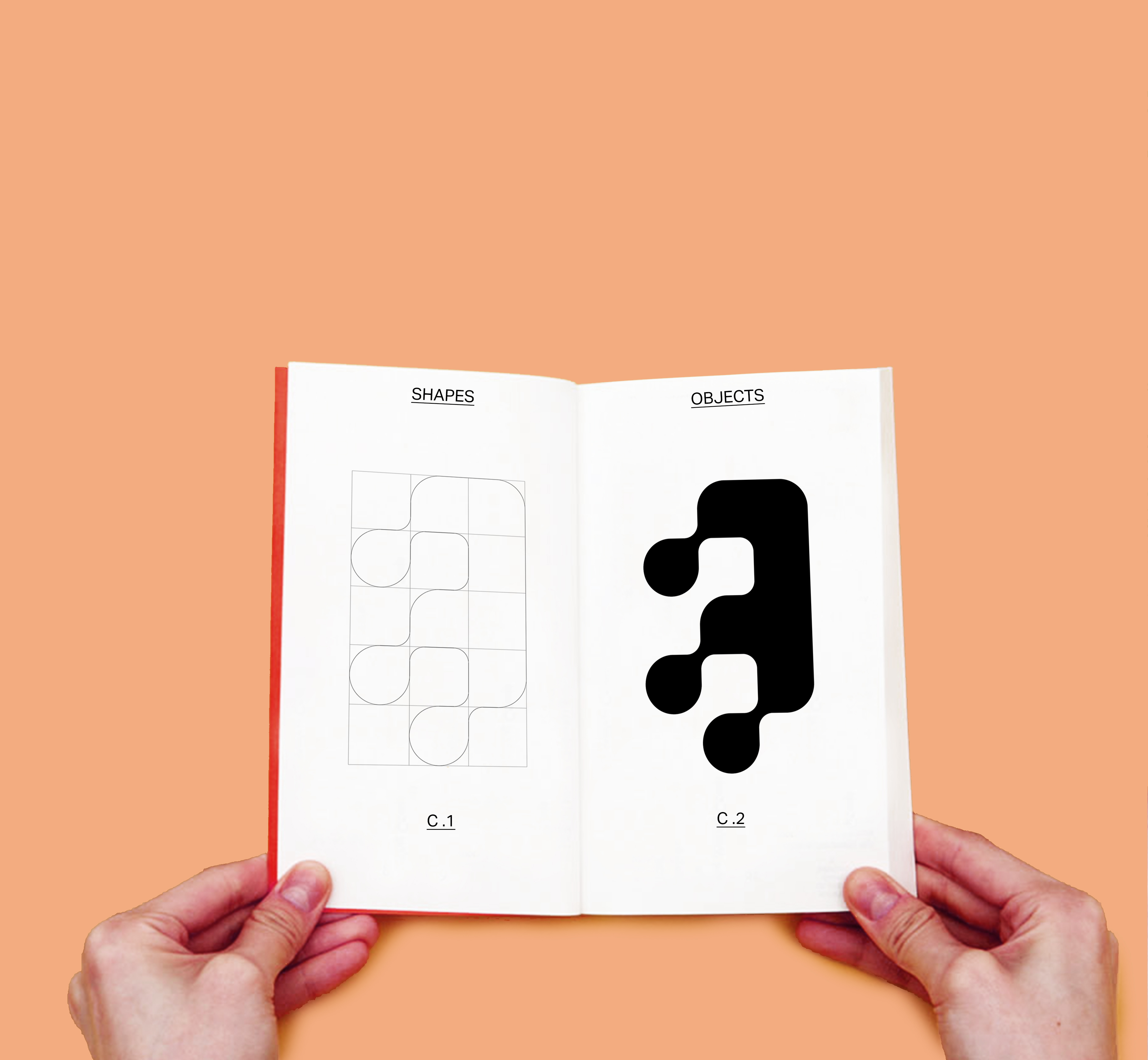 Excerpts from the book of shape studies. On the left are grid formations acting as a "site" to react with shape notations. On the right is the resulting figure-ground object.

Drawings in the broadest sense are lines or marks on a surface. Each mark and its place on the flat plane inform the steps that follow. Even simple gestures invoke meaning; for example, several dense markings that contrast with the page magically make the white space of the paper as important as the markings, also known as a figure-ground.

Centuries of techniques, cultural ideas of images, and technology have steered this form of communication into a multitude of areas worthy of exploration.

For architects, though, the drawing is especially crucial as the primary vehicle that makes an idea manifest. Any building you see came from specific drawings, interpreted and used to guide its construction. But latent in the romantic napkin sketch, “architectural drawing” is more than meets the eye. I stop short of calling architectural drawing “art,” as art has its lineage, cultural importance, and intent that, although it might look the same, is curiously different. If art asks questions, architectural drawing seeks to establish answers. 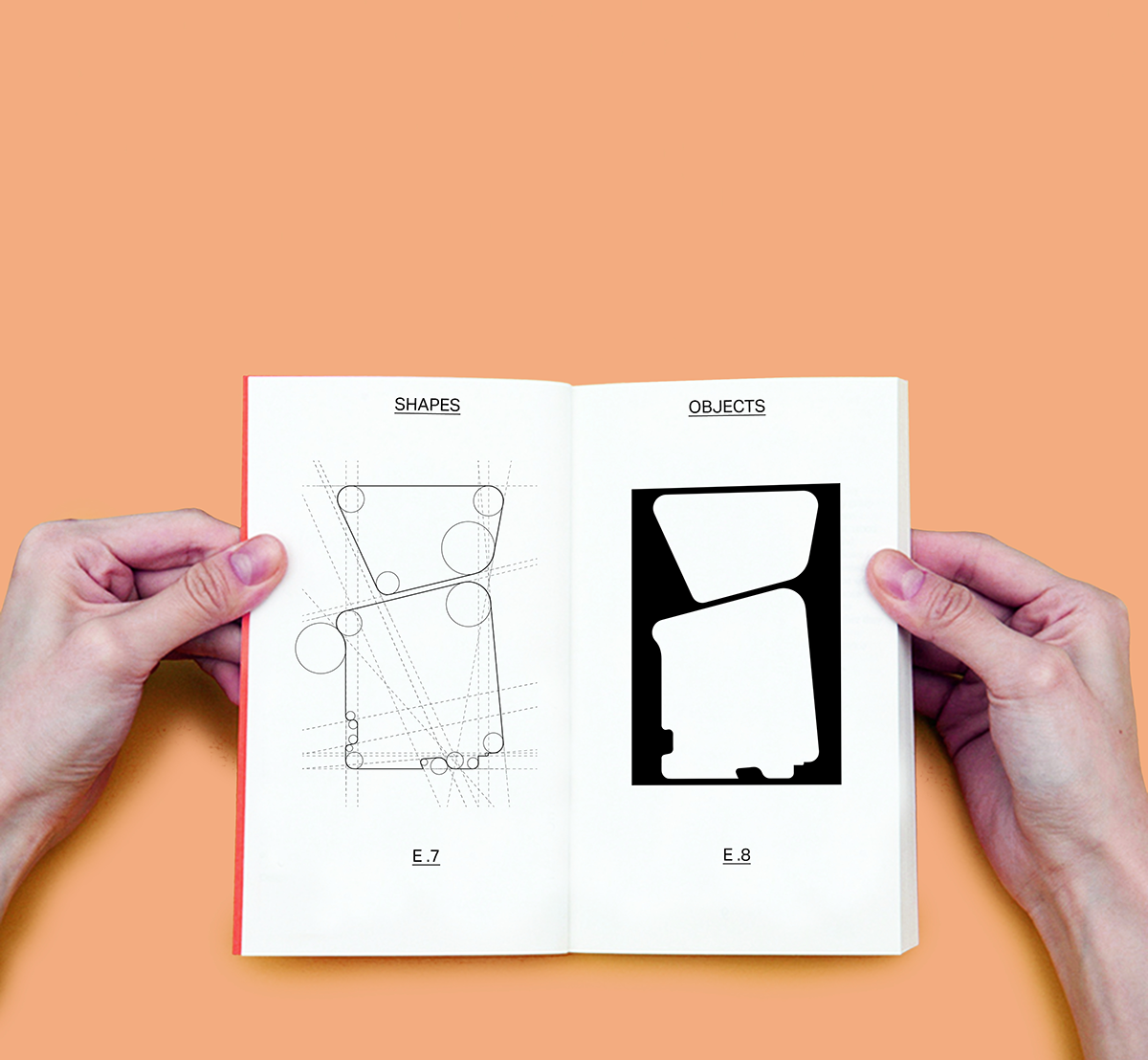 Excerpts from the book of shape studies.

When I was a student in New York City, perhaps no work influenced my approach to this theory more than Bernard Tschumi’s Manhattan Transcripts. Tschumi developed the Manhattan Transcripts as a collection between 1976 and 1981, when he said, “Architecture is not simply about space and form, but also about event, action, and what happens in space.”[2] Arranged on a grid meant to be read linearly like frames of a film, the drawings depict a specific encounter in the city, organized into four separate categories – the park, the street, the tower, and the block.

What makes these drawings unique is they do not represent a specific structure or space, but instead begin to map a relationship between the person and the city. Using several forms of notation, including plan, section, orthographic projections and mapping to define the setting as well as the characters inhabiting it, several protagonists move in and out of the drawings like a play. The exciting thing is how fascinated Tschumi is with “normal” situations. At the same time, he captures the complicated relationship of an individual exploring the city in addition to the relationship between spaces and their use.[3]

Drawings of buildings become distorted, recognizable elements repeat but shift, and the figure-ground transforms like a frame in a film. Each sequence flows into the next, like the musical notation of a film score marking the passing of time. While the drawing does provide a stage to where the viewer is, new questions begin to occur as the sequence continues. [4]

I always find myself captivated by that process of distilling the energy and chaos of New York City into a drawing, and arriving at a new understanding of the city. The final series could never have been imagined without establishing rules, reacting against constraints, obsessive documentation, and letting the exercise take its own course to arrive at new questions to respond and learn from. In a similar sense, the design and construction of a building is quite literally set in stone, but the people who inhabit them always change their use, intent, and cultural identity. 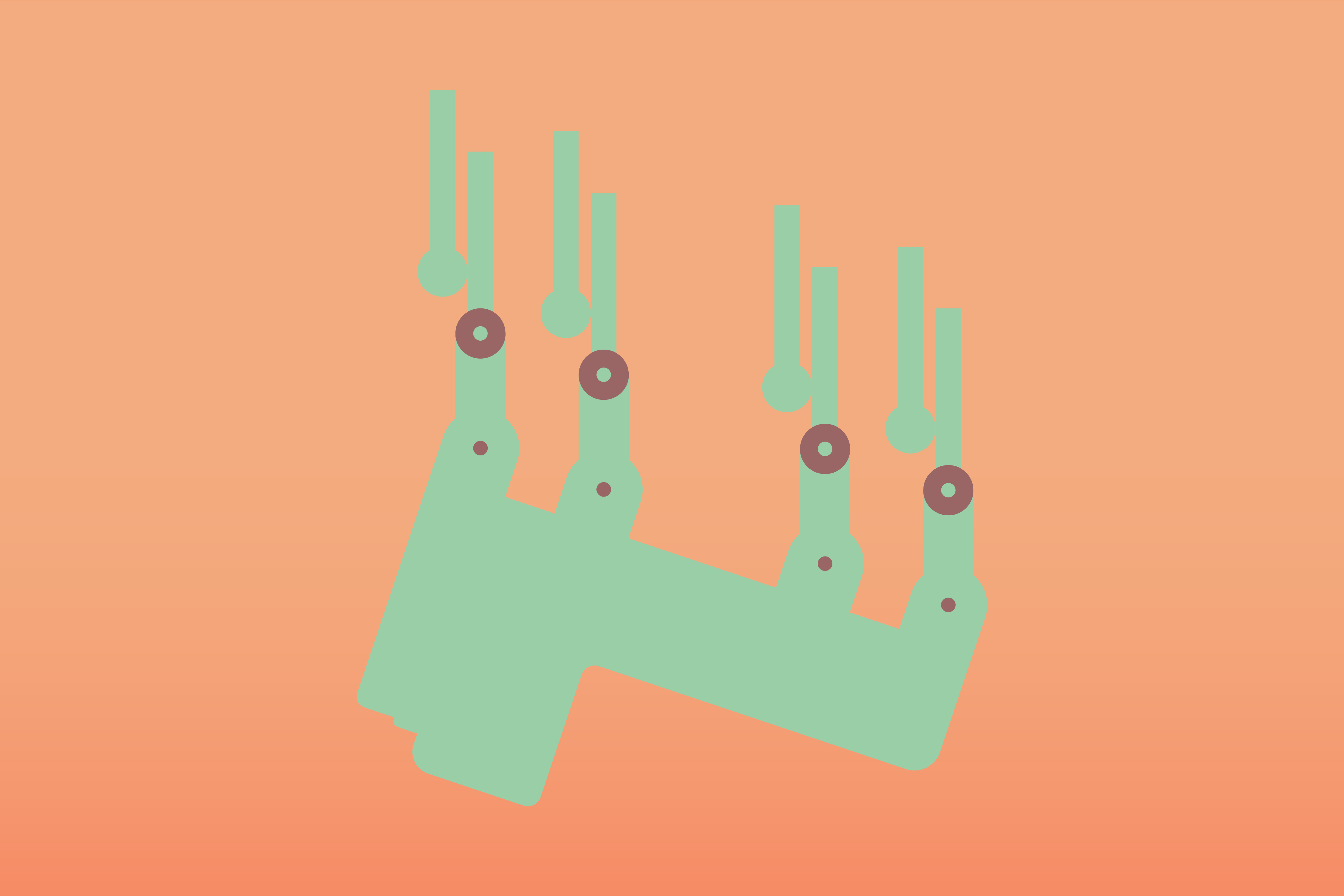 Plan and section collage/color study composed of various objects from the book of shapes.

I am reminded of the Exquisite Corpse game that every architecture student encounters in some form and made famous by John Hedjuk, Colin Rowe and the rest of the University of Texas architecture professors dubbed the Texas Rangers. In the game, one person makes a mark on a paper, and the next person follows up with a new mark reacting to the previous. After several turns and introducing different lines, shapes and scribbles of varying complexity, the drawing is something unimagined in the mind but a result of making.

In my fervent study of shapes, drawings led to strange adjacencies, which led to inventive organizational strategies, which led to a buildings… or something like them, which in turn led only to questions. After setting rules on how to alter one shape to the next, the architectural work developed and I could react with a new set of rules, playing my own iterative game. Each building evolved in the process like characters in a movie. In studio, my professor would ask: “How do I make a drawing? How does it make me feel? How do I want others to think about it? What is the physical experience of the space I am depicting in addition to the emotional or intellectual experience?”

This exercise of not knowing where the drawing would take me was powerful. It is a personal endeavor, but one so critical to any architect. It has been said that the drawing is the primary site where an architectural idea reveals itself.[5] While that may be true, drawings can capture concepts that spark curiosity. Drawing this curiosity certainly provides a way of looking at the world but also a platform to make the world. What could be more wondrous than that?

Ricardo A. León, Assoc. AIA is a designer at Omniplan and 2020 chair of the AIA Dallas Ken Roberts (KRob) Memorial Delineation Competition.