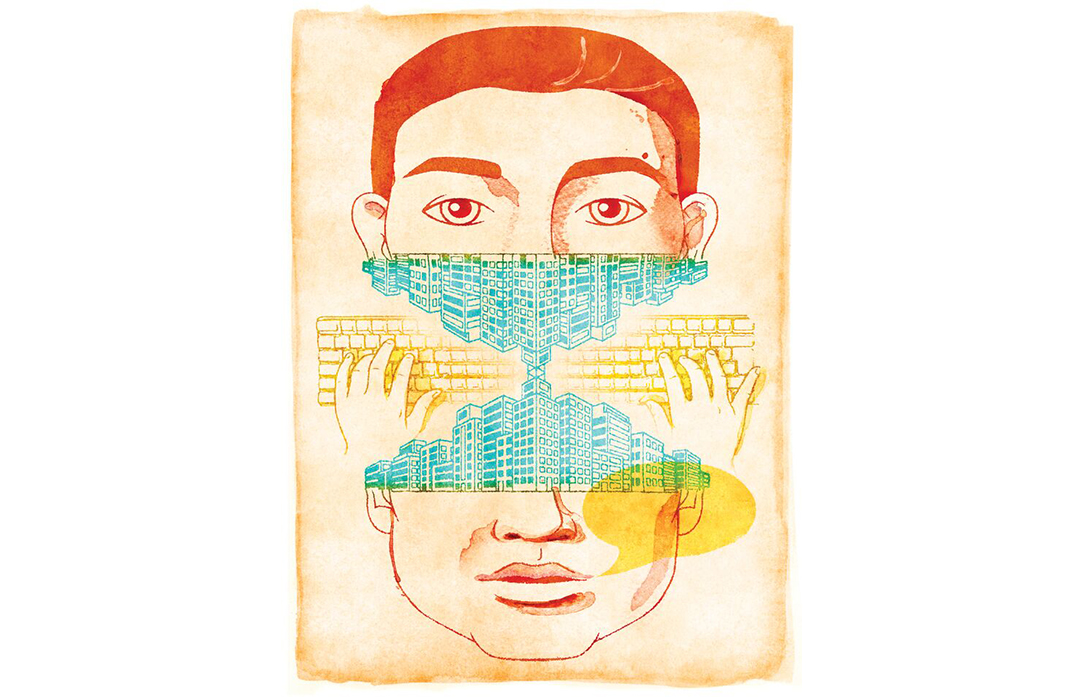 Architectural learning and development has always been rooted in criticism. The practice permeates every school of architecture, from desk crit to pin-up to final jury. This pattern of analysis, reflection, and adjustment continues through practice, shaping all of our projects. The critics are no longer our teachers, but are design directors and clients, and the process goes on well past the life of any single project. An internal postmortem will influence the next design, and critical outside reviews may even change industry standards. It’s a constant and crucial part of the design process and architectural evolution.

“Whatever it is that we think about when we think about what architecture criticism could be at its best … I suspect that it’s grounded in the desk crit,” said Thomas de Monchaux, an architect, critic, and adjunct professor at Columbia University, speaking recently at an AIA panel on criticism in New York at the Center for Architecture. “It’s grounded in the crit, and the presence of that word in all of our memories. We all remember the best one we ever had; we all remember the worst one we ever had. And that means something.”

“Superb and sustainable practice requires, among other things, superb and sustainable appraisal,” he said. “It might seem that life is freer and easier without fear of criticism, but every practice—and especially architecture because it is created with the crit—requires the collective self-awareness that criticism sustains.” 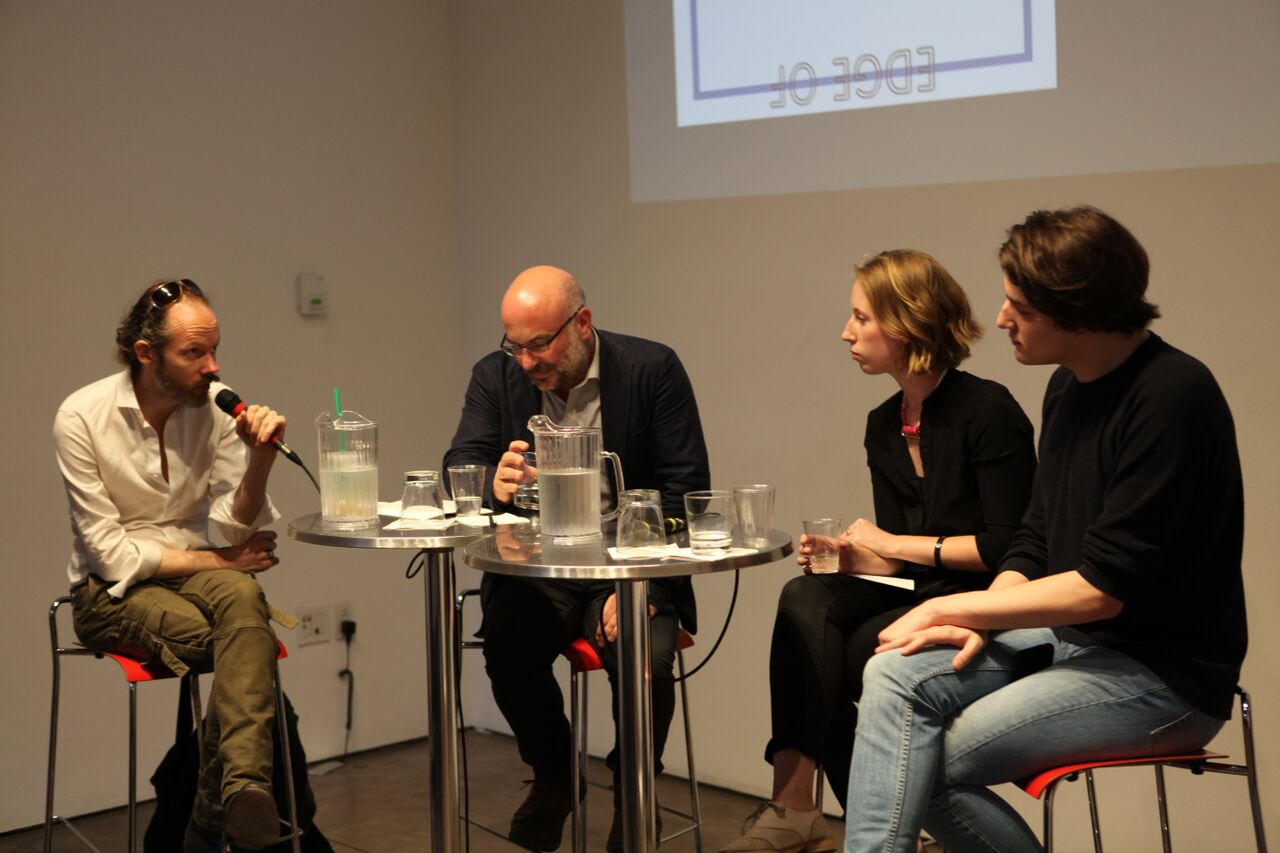 At an individual level, criticism pushes us to do better work. Taken collectively, criticism can establish principles and standards by which future projects will be judged. De Monchaux called it “criticism as case law.” Great criticism helps create great architecture, but de Monchaux contends that current shifts in journalism are holding architecture back.

“Public critical writing about architecture has ghosted away from the significant settings that once supported it,” he said. “And although among today’s lively ecology of socialized media there are plenty of words and pictures involving architecture, it’s not at all self-evident that a meaningful and insightful critical project is being sustained.”

The profession of criticism is evolving as writers struggle to find their place in a new age of journalism. Traditional media outlets are slashing budgets, and editors are deciding that full-time architecture critics are a luxury few daily newspapers can afford. Some papers have handed architecture criticism over to the arts critics, if they even employ those. Dallas is one of the few cities left with a critic devoted exclusively to architecture, a fact made possible by a unique partnership between the University of Texas at Arlington and The Dallas Morning News.

The pairing was, in a way, set up by the widow of David Dillon, the newspaper’s longtime architecture critic who died in 2010. Sally Dillon donated her husband’s notes and papers to the University of Texas-Arlington’s Special Collections the following year, and the university formed the David Dillon Center for Texas Architecture in response. The center held its first David Dillon Symposium in 2012 on the subject of architectural criticism, which sparked a desire to bring a new critic to the area. The Dallas Morning News leadership and officials at UTA’s School of Architecture conducted a national search for a shared critic who would teach at the university and write for the newspaper. Mark Lamster was hired in 2013, re-energizing the architectural dialogue in Dallas.

Lamster hasn’t been shy about taking city leaders and architects to task about serious issues in Dallas. He was one of the first to back the seemingly heretical idea to tear down a freeway in Dallas, calling I-345 a “noose” around downtown. He took billionaire developer Tim Headington to task for his “record of annihilation” along Main Street under the headline “We regret to inform you that your city has been destroyed.” And Lamster has had even stronger words for the city’s Trinity toll road plan, calling it the “urban planning equivalent of the Iraq War.”

“If you want to be a serious place and you want to seriously improve, you have to have that kind of serious dialogue and introspection about what you’re doing and who you are,” Lamster says. “As for me particularly, people respond to what you write, and some people like it and some people don’t, and that’s fine. I think it’s good to have conversation. So far, I feel like I’ve been really, really happy here, and I appreciate the fact that people are paying attention to the things that are right.”

No one likes to be in a critic’s sights, but, in many ways, a good critic is the architect’s best ally. This is especially true at a metropolitan daily with a large general audience. Architects often do a poor job of convincing a wary public about the importance of good planning and design. “They tend to speak to the public the way they speak to other architects,” Lamster says. “But that’s not the way people respond or are able to understand the issues that architects need to communicate. They can’t talk in the jargon of architecture to a general public.”

That’s one of the primary reasons Dallas needs a critic, says Dr. Kathryn Holliday, the director of the UTA David Dillon Center. “An architecture critic in a major city is someone who can help create a public dialogue—and again a dialogue not amongst architects, but a dialogue for the public—about the quality of the city that we live in,” she says. “An architecture critic provides a way of galvanizing the public discussion and public opinion.”

This puts the critic in a role counter to most journalists: that of activist. “I think if a critic isn’t activist at times when it’s appropriate, they’re not a critic,” says Holliday, an architectural historian. “One of the roles of criticism since it developed has always been not just to say ‘Thumbs up or thumbs down,’ but in the case of architecture, to really direct it toward architecture that fulfills its role in society.” That also sets architecture criticism apart from more consumer-focused forms of criticism.

People read a movie review or a restaurant review in order to decide whether or not to see a particular movie or go to a particular restaurant. As often as not, an architecture critic—a good one, anyway—is writing about urban policy, social change, politics, and infrastructure. It’s a complex task, and current shifts in the media industry are not favorable to complexity. The Internet has freed us from the limits of newsprint and magazine pages and brought a tidal wave of content. We now have a whole new slate of online publications like Dezeen, Curbed, Uncube, and SuckerPunch Daily. Add to that the crush of blogs, tweets, and so-called architecture porn posted on image-driven sites like Tumblr, Instagram, and flickr.

There are more people than ever writing and posting about architecture—some of it excellent. But in today’s media climate, value is measured first by click-worthiness. We seem to love BuzzFeed’s “35 Weird Architectural Mistakes,” “10 Things You Don’t Know About Dating an Architect,” and “A Look Inside 5 Jaw-Dropping Celebrity Homes!” The most popular architecture website in the world is the superficial ArchDaily with 70 million page views a month. The site brags that users stay on the site an average of six minutes—apparently a long time in the Web world. There, you can browse through tens of thousands of posts with a mind-numbing number of stunning renderings (which may or may not resemble reality). It can be hard to find the quality amid all the static.

“In some ways, it makes criticism a lot more vital; in other ways, it really dilutes the pool,” Holliday says. “One of the big issues in criticism is how do you develop authority? How do you become THE critic? If you’re a critic for The New York Times, you have instant authority because you write for The New York Times. If you’re a critic for a big daily newspaper like The Dallas Morning News, then you have immediate authority that the paper has vested in you by giving you that position. And that’s something that bloggers are going to have a harder time developing because they don’t have the backing of an institution. It doesn’t mean they’re not powerful, it just means there are a lot of different models, and modes, and roles for architectural writers.”

It may take time to find equilibrium, but the media’s shift toward a more democratized Internet is bringing some exciting changes. Established critics can easily share thoughts on national and international issues with peers around the globe. Local writers and activists can more easily enter the conversation, and the public can more easily engage with the architectural community. With every new platform, more people are able to enter the conversation. “I think it’s a golden age of architecture criticism,” Lamster says. “There has never been this much good writing about architecture, design, and urbanism.”

Nor have there been this many avenues for that discussion. “Something new is coming along, it seems, like every month—a new way to have dialogue,” he says. “It’s very exciting. I love that you can communicate in all these different ways—short, long, photography, what have you. So I think it’s an exciting moment, and I’m glad that my newspaper is committed to having this kind of criticism in Dallas.”