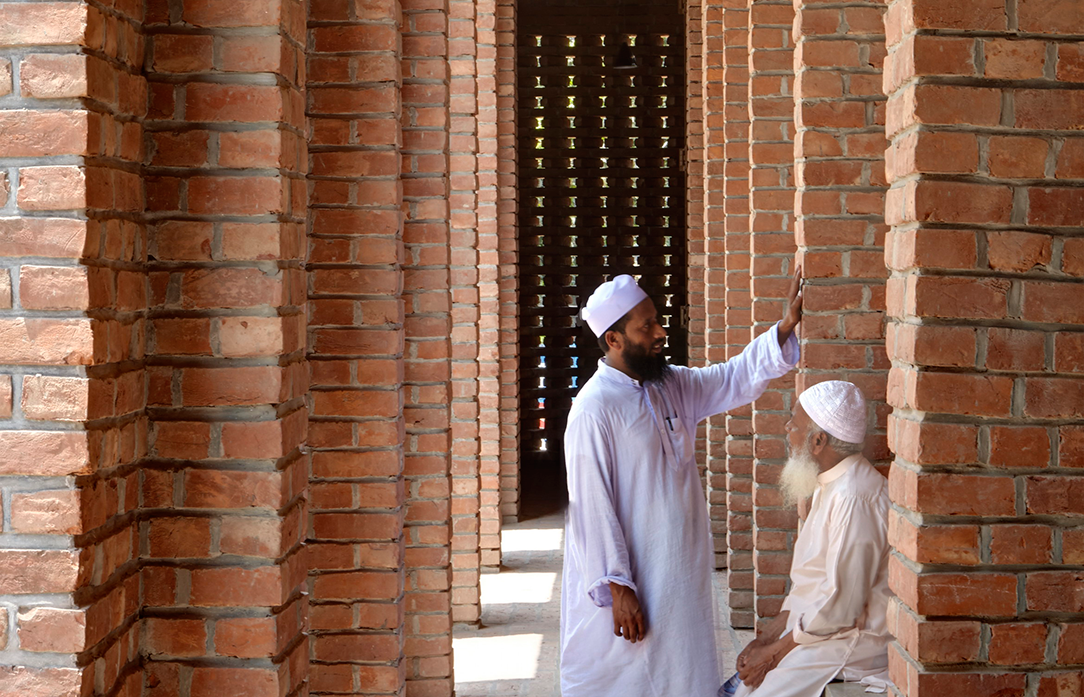 Design for Diversity: The Aga Khan Award for Architecture

In the spring of 2006, vandalism and violence broke out in an area of Copenhagen, Denmark, known as Nørrebro. It is Denmark’s most ethnically diverse area with 70,000 residents from more than 60 countries, including Turkey, Pakistan, Bosnia, Somalia, and Albania. With regular reports of gang violence and drive-by shootings, the district is well-known to Danish newswatchers.

Violent clashes occurred that spring between police and demonstrators who were protesting over everything from Denmark joining the European Union to the eviction of a cultural center. The outbreaks stigmatized this otherwise typical urban setting with private houses alongside cooperative housing blocks and a mix of schools, restaurant/bars, and main thoroughfares.

BIG—Bjarke Ingels’ architecture and planning firm—happened to have an office on one of these explosive streets.  Having just designed a mosque in downtown Copenhagen, BIG, with Topotek l and Superflex, decided to explore how they might encourage acceptance of the diverse ethnicities, religions, languages, and cultures represented. Deciding that public participation was key, the group began a consultation process to solicit suggestions for how best to inclusively represent the nationalities in the area.

The team designed a 750-meter-long (nearly one-half mile) swath which incorporates sports, a grassy children’s playground, food markets, and picnic areas. The Superkilen (Big Wedge) is an amalgam of cultural influences, including Jamaican music pouring through the sound system, Japanese cherry and Norway maple trees, British litter bins, bollards painted with the Ghanaian flag, and a dentist’s sign from Qatar. As Topotek l’s Martin Rein-Cano says, “[T]o be integrated … means being able to ‘translate’ your native environment to the place you choose to live in. And in this fight against standardization, the ability to bring bits of your own culture with you is crucial.” Running throughout is a path for pedestrians and cyclists, a thoroughfare for this collection of diverse residents.

The Aga Khan Award didn’t actually begin as an award. Some 40 years ago, the Aga Khan Trust began to examine Muslim architecture and its influence on the world. His Excellency the Aga Khan is the hereditary leader of the Nizari Ismailis.  This second largest branch of Shia Islam emphasizes human reasoning, pluralism, and social justice. The current Aga Khan has said he works toward goals including the elimination of global poverty, the promotion and implementation of secular pluralism, the advancement of the status of women, and the honoring of Islamic art and architecture. He is the founder and chairman of the Aga Khan Development Network, one of the largest private development networks in the world and one that works toward the improvement of the environment, health, education, architecture, culture, microfinance, rural development, disaster reduction, the promotion of private-sector enterprise, and the revitalization of historic cities.

Some 40 years ago, the Aga Khan Trust, a branch of the Network, began to examine Muslim architecture and its influence on the world. Seemingly, an entire history and its contributions had disappeared. As Shiraz Allibhai, deputy director of the Aga Khan Trust for Culture, pointed out in a talk at the Dallas Architecture Forum, his architecture history class at the University of Texas at Austin went from the cultures of Egypt, Greece, and Rome straight on to Renaissance Italy, omitting some 600 years of profound Islamic influence on architecture and culture.

It also seemed that this traditional influence was missing even in some of the most iconic locations associated with Islam. Footsteps away from the Masjid al-Haram in Mecca, the world’s largest mosque and Islam’s most sacred site, is a complex of buildings and hotels.  Its centerpiece clock tower looks alarmingly like the tower that houses Big Ben in London; adding insult to injury, the complex was built on the site of a demolished 18th-century Ottoman citadel.

The trust’s first steps to address these omissions were programs and endowed chairs at Harvard and MIT and the establishment of Mimar magazine. Mimar, which ran for 43 issues was, at the time, the only international magazine focusing on architecture in the developing world and related issues of concern. In 1977, in part to address the lack of attention to Islamic architecture, the Aga Khan established the Aga Khan Award for Architecture “to identify and encourage building concepts that successfully address the needs and aspirations of communities in which Muslims have a significant presence.”

However, the award is not for Muslim architecture per se, but for projects that improve the overall quality of life as well as architectural excellence. An emphasis is placed on projects that address pluralistic communities and bring together diverse populations. As Allibhai puts it, the award “serves people, serves community.”

Over almost four decades in 13 three-year cycles, more than 9,000 building projects have been documented through the award’s nomination process and 116 awards have been presented. The winning projects range from skyscrapers to mud huts and everything in between. Many of the great architects of our time—from Zaha Hadid and Norman Foster to Jean Nouvel and Frank Gehry—have either won the award or served on its master jury or steering committee. And it’s not just architects on the jury; this cycle’s award jurors included two philosophers, bringing a unique worldview to the deliberations.

This diversity of thought and practice has led to a variety of winners in size, form, and purpose throughout time. This cycle’s awards, announced in late 2016, are no exception. They include: 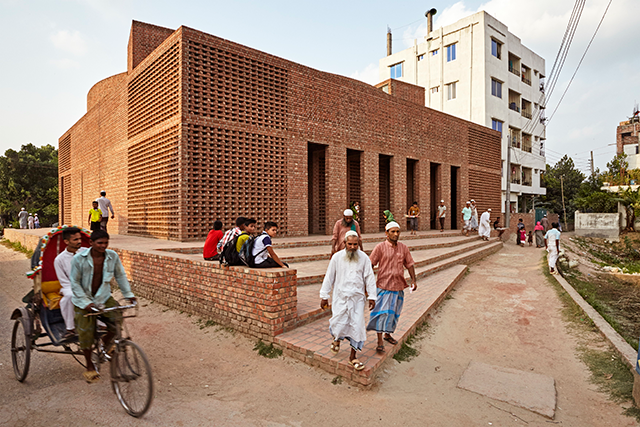 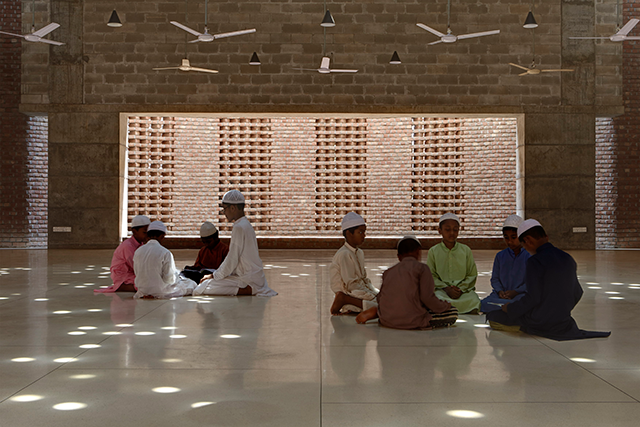 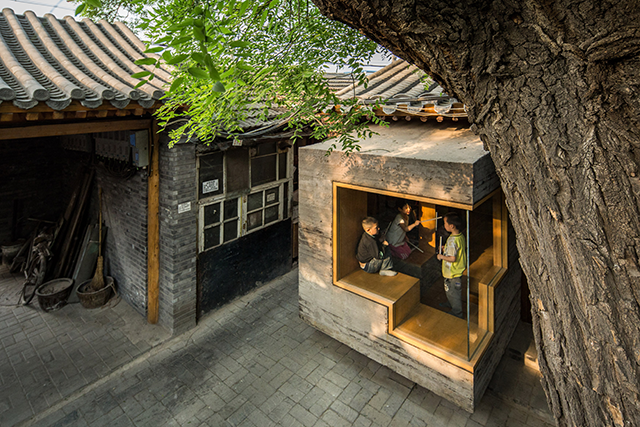 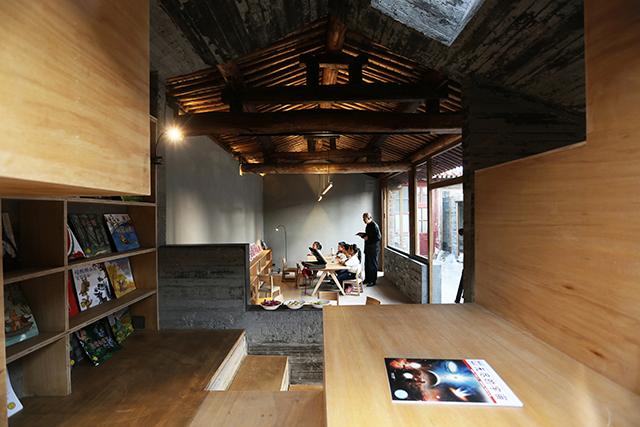 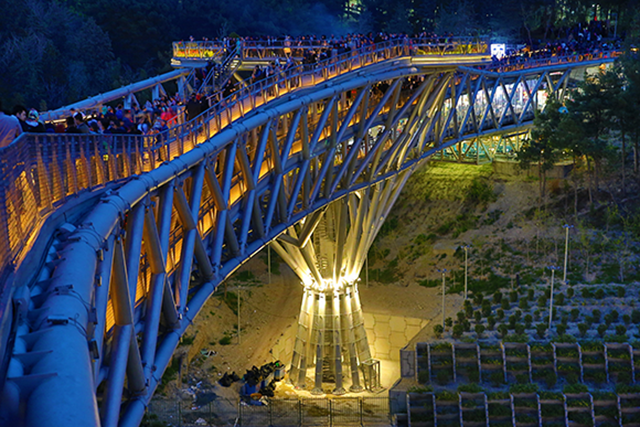 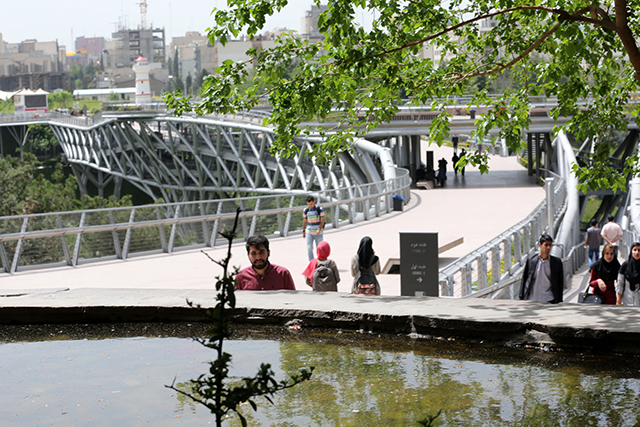 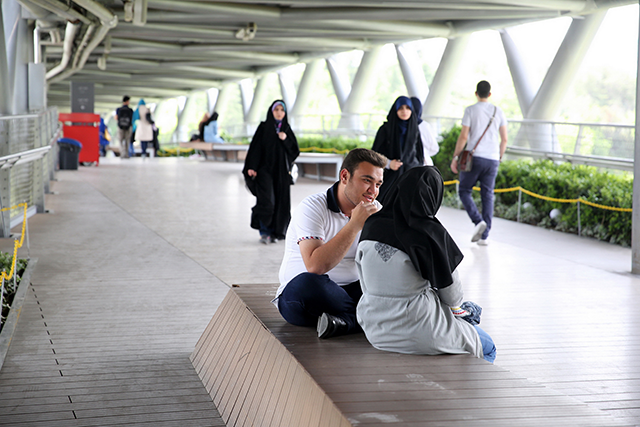 Architecture in the Name of Public Good

While present and past award winners can be—and usually are—striking in their aesthetic impact, the Aga Khan Award and its processes have become a forum for a professional and academic discussion of developments affecting contemporary architecture and design. The steering committee creates a brief that is intended to be a road map for the master jury as they consider the various issues addressed by the nominated projects. The discussions that ensue lead to seminars and papers that examine how today’s architecture is seeking “out the best solutions for architecture to improve the world [where] Muslim communities [exist], rather than simply recognizing a job well done.”

To be fair, the Aga Khan Award is not the only program that recognizes architecture created in the name of the public good. The Rudy Bruner Award for Urban Excellence was founded in 1986 and is a national design award that “recognizes transformative urban places distinguished by their economic and social contributions to America’s cities.” As founder Simeon Bruner has said, “[Winners] show us urban excellence at all scales and inspire us with their optimism.” Past winners created supportive environments for school teachers and non-profits in Baltimore, MD; linked the arts, education, and health care with a mixed-use urban corridor in Cleveland, OH; and created a campus for arts education, job training, and small-scale manufacturing from a historic steel fabrication facility in Providence, RI.

Dallas is no stranger to Bruner Award winners. BuildingcommunityWORKSHOP’s Congo Street Initiative—a rehabilitation of five deteriorating homes and the construction of a sixth in East Dallas—won the 2013 Silver Medal and has sparked new investment in Jubilee and the Dolphin Heights neighborhoods.

The Bridge Homeless Assistance Center in downtown Dallas was the 2011 Rudy Bruner Gold Medalist. The $8 million, 750,000-square-foot center not only provides shelter and services, but also health care, mental health, and substance abuse services, as well as a library,  computer access, and three meals each day. Overland Partners Architects and the City of Dallas re-purposed a warehouse to provide “housing first,” but also the additional amenities to offer a sense of comfort and to help visitors explore the possibilities of working to pull one’s self out of homelessness.

Thankfully, since the founding of the Aga Khan Award some 40 years ago, the sense that architecture must perform some larger good and not just serve as aesthetic icon or economic development tool has become more pervasive. Auburn University’s Rural Studio was a harbinger of many more current programs at architecture schools across the United States. Founded in 1993 by Samuel Mockbee and D.K. Ruth, the program undertakes around five projects annually for poor communities in rural west Alabama. It has led to an ongoing research project looking to address the need for decent, affordable housing in Hale County, Alabama. The $20k Home project looks to produce a model home that could be reproduced and serve as an alternative to the mobile home, currently one of the only viable options for home ownership in the region.

The College of Architecture, Planning, and Public Affairs (CAPPA) at the University of Texas at Arlington has joined the movement as well. It has provided designs for Bonton Farms, a South Dallas farm providing both nutrition in the middle of a food desert as well as opportunities for local residents to work and improve their health. AIA Dallas is also doing its part. The chapter’s Emerging Leaders Program has provided designs for a playground for CityWalk@Akard and the Promise House Street Outreach Shelter. Most recently, the program’s members have worked with Dallas Park and Recreation to gather community input on playground design for a re-designed Fair Park that connects better with its surrounding neighborhood.

It is almost cliché these days to say “architecture matters.” But it does. And while we talk often about how buildings and their surroundings can make us healthier, keep us safer, and inspire us, programs like the Aga Khan Award remind us that they can also bring us together—joining disparate cultures, beliefs, and societies in spaces that can truly serve all.

Greg Brown is the program director of the Dallas Center for Architecture.