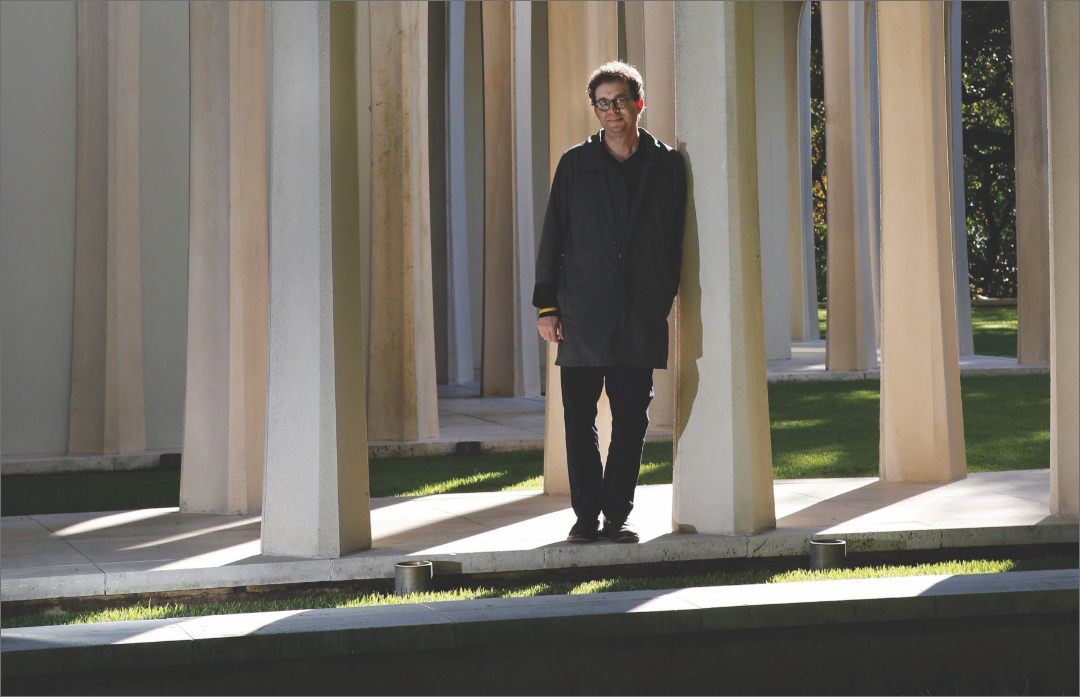 A Conversation with Mark Lamster 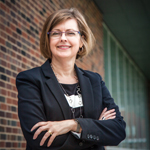 Review: The Man in the Glass House

Dialogue: A Conversation with Mark Lamster, Author of The Man in the Glass House

Author of The Man in the Glass House:
Philip Johnson, Architect of the Modern Century 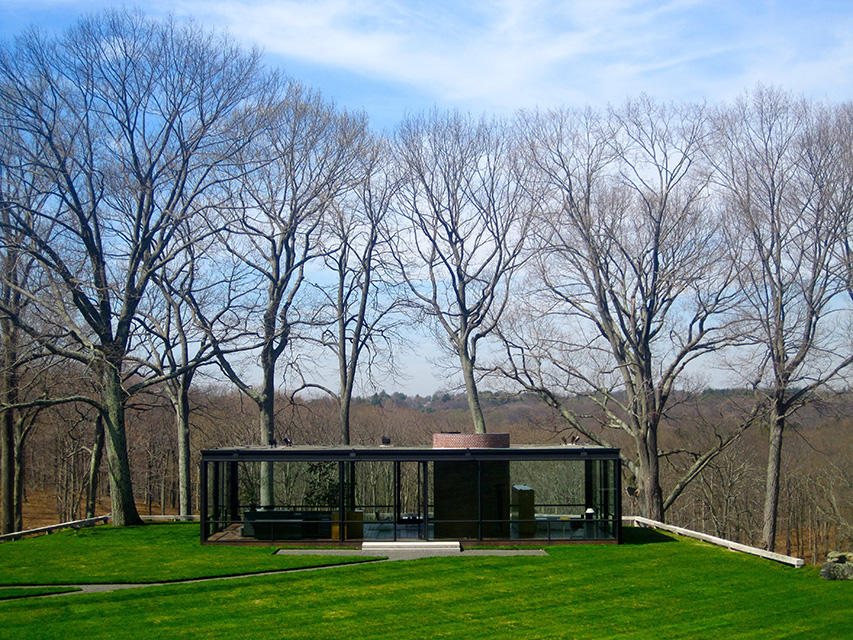 Why Philip? Why you and why now?

My agent suggested that I next write about Johnson. My first reaction was why would I want to do that? Why would I want Johnson in my head for the years of research and writing it would take? What I knew even then about his years as an anti-Semitic fascist made it clearly a difficult topic. I then started thinking about what it could be. His long life, many flaws, and many accomplishments, with the backdrop of the 21st century, made him the perfect subject. He was a troublemaker from day one and more complicated than the current generation understood. At that point, there was no escaping it!

Did your move to Dallas from NYC change the book and/or your perspective on Johnson?

When I started the book in 2009, Johnson had recently passed away. Research was well underway when I had the opportunity to come to Dallas in 2014. Although the move certainly delayed the completion of research and writing, it made the book better in the end. The opportunities I found in Dallas — with critical writing, teaching, and engaging with many people who worked with him here — broadened my thinking and changed me as a writer. The opportunity to discuss Johnson and Texas with Frank Welch, FAIA, the author of the amazing book Philip Johnson in Texas, enriched my life and my writing. It brings sadness that he, like many others whom I interviewed for the book, are no longer here to see its publication. I am thankful for the generous contributions of time and insight provided by many.

Did your move to Texas change your perspective on Johnson as an architect?

How could it not! Dallas has perhaps more bad Johnson than anywhere else. We lived first downtown, where out the bedroom window we gazed at Momentum Place. The Crescent is perhaps his worst building, although the Gerald D. Hines College of Architecture at University of Houston and its shopping mall interior competes for that title. Texas is also home to some of his best as well: Pennzoil Place and the Amon Carter [Museum of American Art]. The patronage of the Menils was very important to his practice. 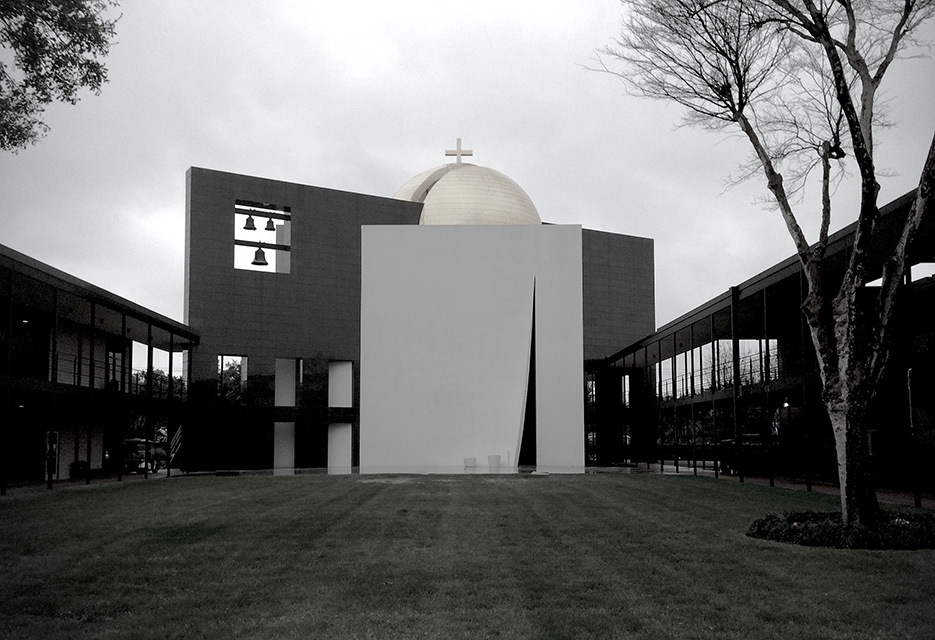 You quote Johnson saying in 1954: “I don’t believe in perpetual revolution in architecture. I do not strive for originality.” Was Philip an opportunist, a visionary, or just lucky? Do you think he believed in anything, or did he just enjoy making trouble?

You must consider the incredibly long journey of Johnson’s active career. Most architects have one career that can be understood as more consistent. Johnson had many careers, architecture not the first, and he lived so long he was part of multiple cultural moments. He believed — and then changed. He was malleable: brilliant but unmoored, a relativist who didn’t have a core. He could have a genuine interest in something — preservation, for example — yet be willing to compromise when necessary to achieve an objective of higher priority, such as his MOMA addition. Two of his most influential accomplishments happened before he turned 30 — the Modern Architecture: International exhibition of 1932 and the Machine Art show of 1934. 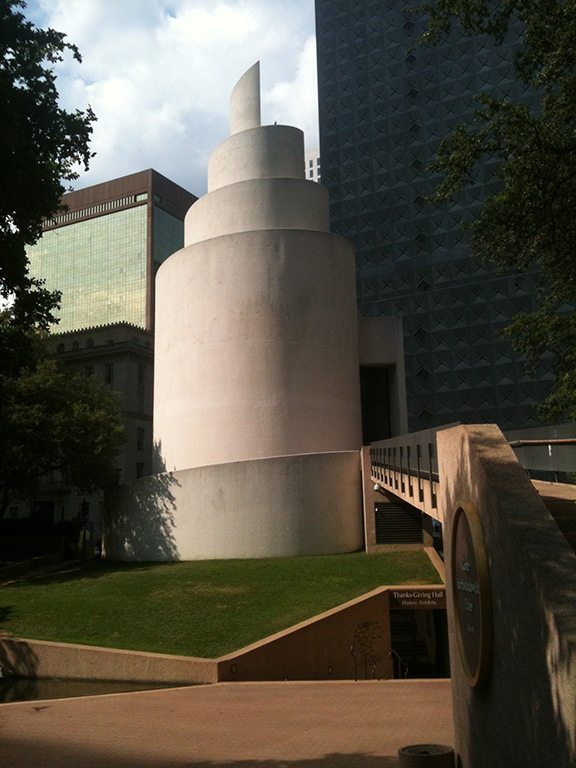 You begin Chapter 1 with a quote from The Great Gatsby (only one of two headed by a quote that are not Philip’s, the other from Hitler), “A sense of the fundamental decencies is parceled out unequally at birth.” Did you gain empathy for Johnson’s circumstances in the shaping of his flaws?

Yes, of course. How could you not, with examples such as the time his distant and disapproving father, attempting to remedy Johnson’s stutter, throws a glass of water in his face? Yet I don’t think we should let him off the hook. What kind of person hits a pedestrian and then never checks to see if they survived? You can’t spend as much time writing about someone and not empathize with his perspective. I see in his writing a man full of life and humor — he was very funny. One of his complaints about his biography was that he didn’t see himself in it; he didn’t think his personality came through. I wanted this book to be readable and engaging. It was important to me that people like reading it. His story has a literary quality to it, like a novel only it’s true! An irrepressible character who you can’t take your eyes away from, told in a vivid way, alive and fun. A story with Nazis, Trump, spies, controversy, Israeli nuclear facilities, plane crashes, and a fire — what’s not to like! 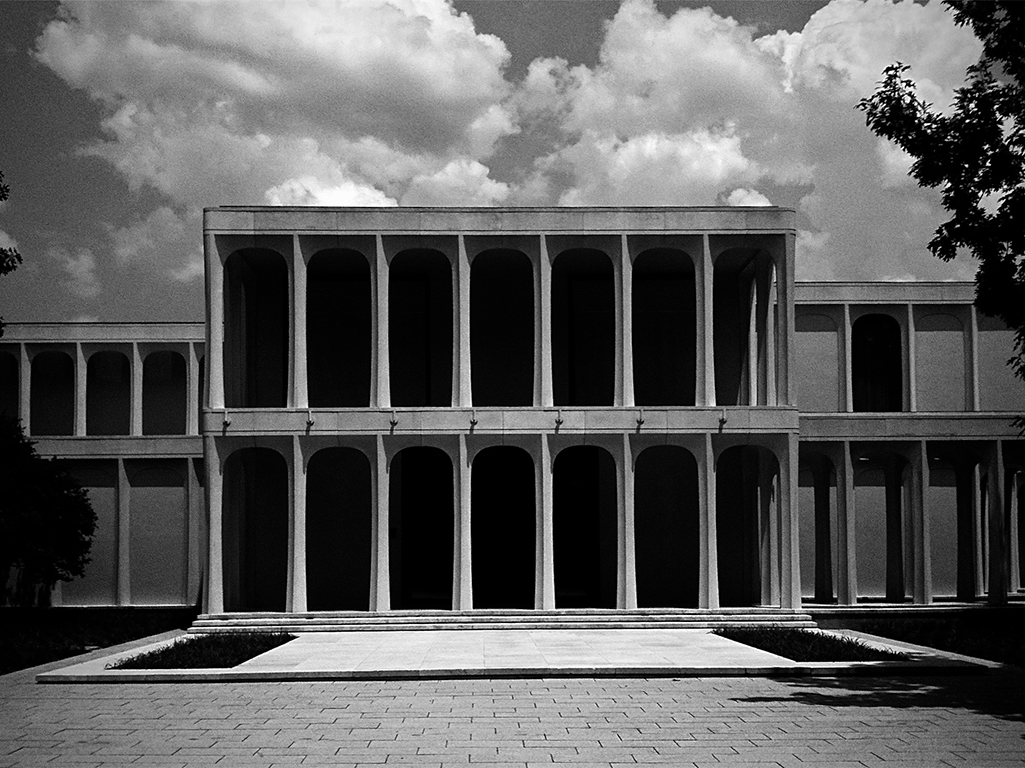 You open with a quote from Johnson: “I can’t stand truth. It gets so boring, you know, like social responsibility.” Was your goal to find Johnson’s truth? Do you feel you achieved truth?

I felt the complete truth should be out. The facts are clear — his actions made him a Nazi agent. He never admitted fully to the extent of his culpability. He was insulated by his wealth from the most damaging repercussions of his choices; as he did not accept money, he escaped arrest and prosecution. His wealth and intellect made him the ideal Nazi stooge. The elite Nazis preferred sympathizers with cash and strategy to the diffuse, even brutish enthusiasm of the commoner.

Johnson’s story touches on so many aspects of the American 20th-century story that resonate today, such as the Republican isolationism prior to our entry into WWII. Did you intentionally point to parallels you saw with today’s politics?

Not in the way you might think. I was researching the Nazi section during the early days of the Obama administration. There are many similarities you can point to with the first 100 days of Roosevelt: response to economic disaster, grand promises to fix things, the polarized electorate, and a series of radical grassroots elements rising in opposition to the ruling elite now culminating in the rise of Trump. 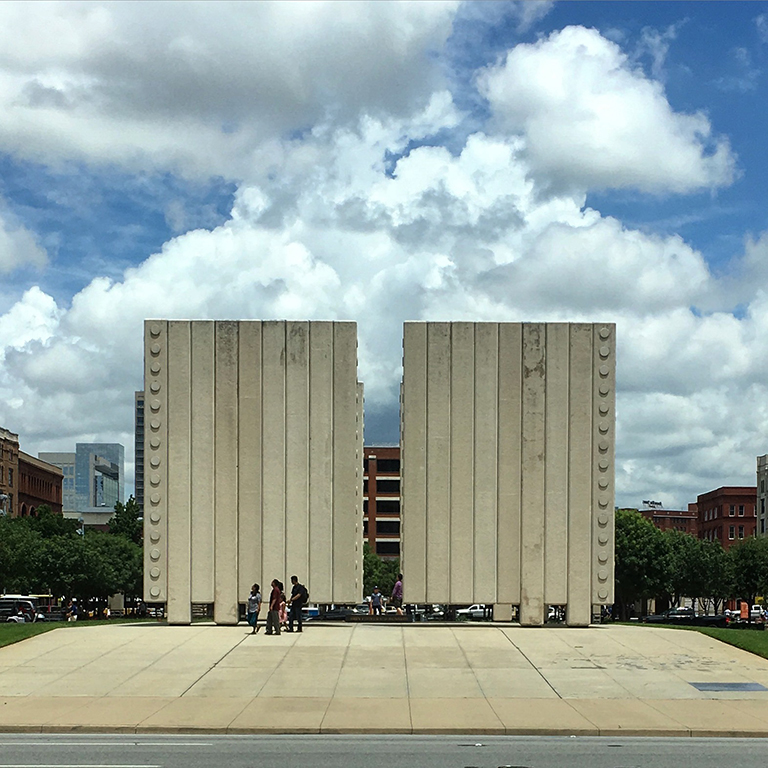 What was Johnson’s best work? His most enduring legacy?

Much of his best work was residential — certainly the most notable his own glass house. The MOMA sculptural garden in its original form was a jewel; it’s now a destroyed “dog’s breakfast of architecture.” He should be given more credit for the Seagram building — it wouldn’t have been what it is without him — and the Four Seasons was entirely his design. Perhaps most underappreciated, in the we-love-to-hate-it Lincoln Center, the State Theater is a jewel box, exceptional for ballet, with the promenade still one of New York’s great public spaces. 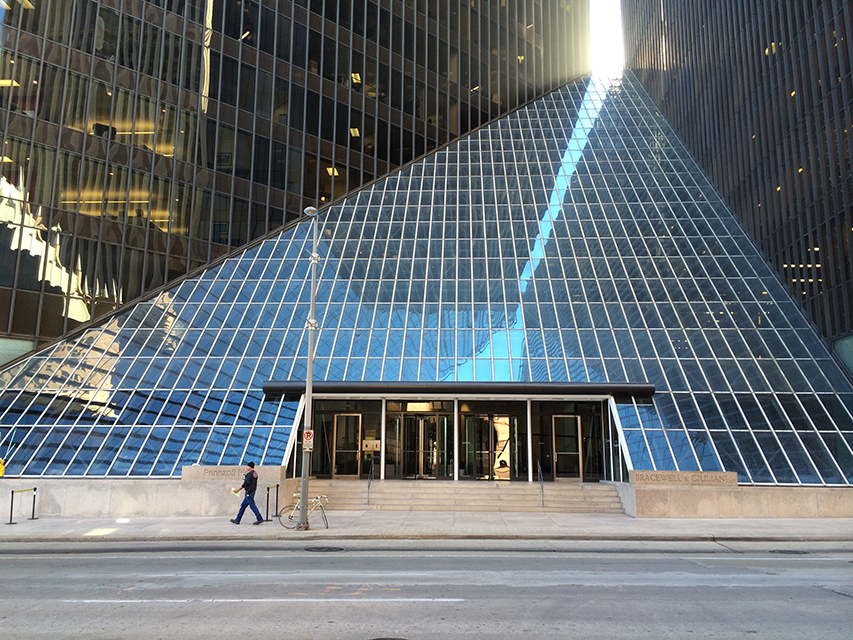 What lessons should we learn from the story of Johnson’s life?

This is a story about America — how it became what it is today. Johnson’s life illustrates what architects can do and what cities can be. This is the book I needed to write to tell that story. 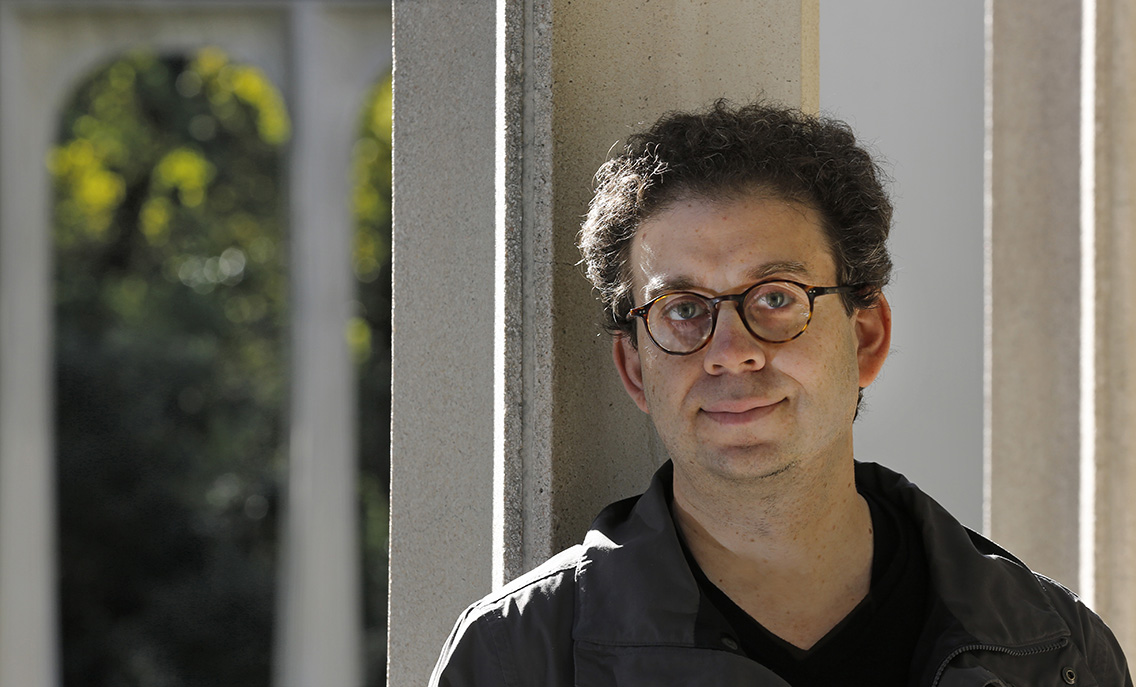 Interview by Lisa Lamkin, FAIA, a principal with BRW Architects.
This interview has been edited for length and clarity.

Read Lisa's review of The Man in the Glass House here.