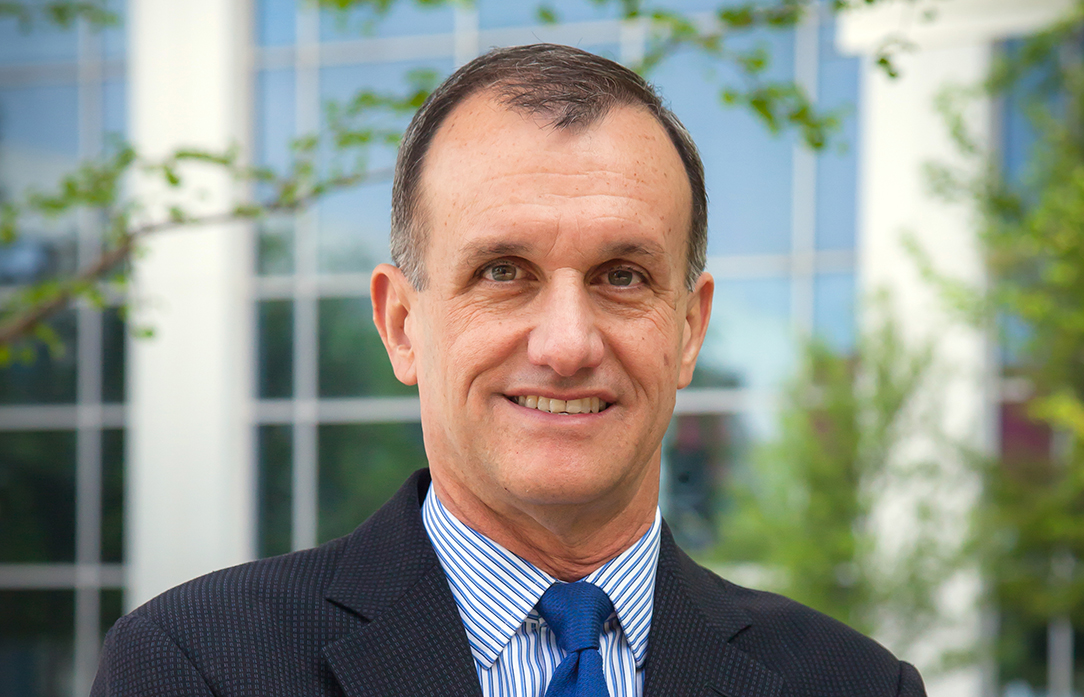 Lucilo Peña is one of those individuals whose body of work as an architect and developer easily fits into the category of “Dallas and Beyond.” While at Billingsley Company today, his early career included working as a project designer at WZMH Inc. and landing roles of increasing responsibility at Trammell Crow Design and Construction and the Dallas Market Center Company. From 1989 to 1996, he worked with the Travelstead Group in Spain, assuming its presidency in 1993. The keynote project for him during that time was the Parc de Mar Project (Hotel Arts) in the Olympic Village in Barcelona.

That project consisted of designing, building, and leasing a mixed-use complex of approximately 1,180,000 square feet, which included a Ritz-Carlton Hotel, 30 luxury duplex apartments, an office building, and a retail center. The project is considered a cornerstone among the Olympic projects in Barcelona and is the result of a collaborative effort between Bruce Graham (SOM Chicago), Frank Gehry, and GCA.

Lucilo is the president of development at Billingsley, a role he has had since 1996. Educated as an architect with a bachelor of design degree from the University of Florida, he earned bachelor’s and master’s degrees in architecture from Cornell University, with additional studies at Harvard, l’Université Paris-Sorbonne, and Berlin’s Künstlerhaus Bethanien.

How (and when) did you decide to become an architect? What caused you to become involved in development?

I grew up in Caracas, Venezuela, and attended the American School. I was good at both math and art, and in high school my teacher encouraged me to attend a summer program in architecture at Cornell. That solidified my interest in architecture.

I originally moved to Dallas to work for an architecture firm. During an economic downturn, I learned about a position with Trammell Crow and have focused on development as a way to support outstanding architecture and design since then. 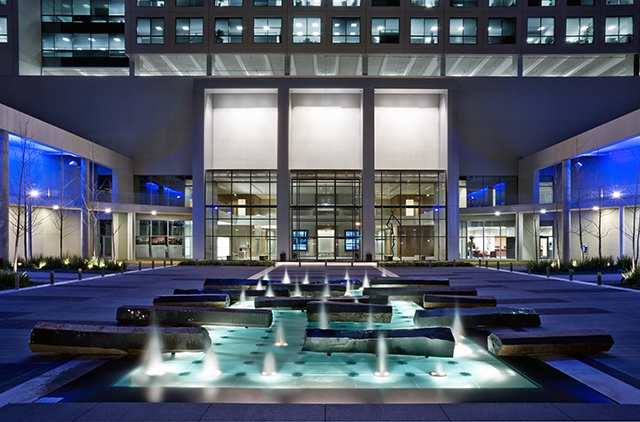 Above: One Arts Plaza, a Billingsley project in the Dallas arts district, features a grand, lighted fountain at the entrance. Photo credit: Charles Smith, AIA

How did your years living overseas and your international travels shape your design aesthetic?

The influence of International Style architecture can be seen in all of the major countries which I have visited. Quality modern design is appreciated around the world. One major difference between the United States and Europe is the understanding of the political power of architecture in European countries. In Spain, socialist governments award architecture commissions to architects whose work is seen as socialist, while conservative ruling bodies give work to architects who follow their political viewpoints. This produces projects that are differentiated in their design, with those designed by socialists tending to be more experimental and socially conscious, while those commissioned by conservatives tending to be more traditional or neo-classical. For example, the airport in Barcelona was commissioned by the center right state government and awarded to Ricardo Bofill; it’s truly post-modern. In Barcelona the socialist municipal government commissioned the firm of Martorell, Bohigas, MacKay to do the master plan for the Olympic Village resulting in a very contextual mixed-use solution to contemporary living. Barcelona has a form-based code design with criteria mandated by the city specifying such details as the percentage of glass on a street elevation, paving patterns and materials in the right-of-way, etc. That governmental control over the design process would be unimaginable in the U.S.A., but creates the coherent public realm for which Barcelona is known and admired worldwide.

What are some of the major projects Billingsley is currently developing, and what is your role in those projects as President of Development?

As president of development for Billingsley, I oversee the design and development of the master plans for our communities. I work with the respective cities to secure needed zoning, interview and hire the design team, and then hire and oversee the contractors who build the projects.

Cypress Waters is a 1,000-acre master planned community surrounding North Lake at Beltline Road and LBJ Freeway in Dallas. It will have 10,000 residential units and over four million square feet of commercial space. The 2,000-acre master plan for Austin Ranch—located where The Colony, Carrollton, Plano, and Lewisville come together—was developed by Peter Calthorpe. It is currently in its eighth phase of residential/mixed-use developments with over 3,800 completed residential units, as well as multiple industrial and office projects. 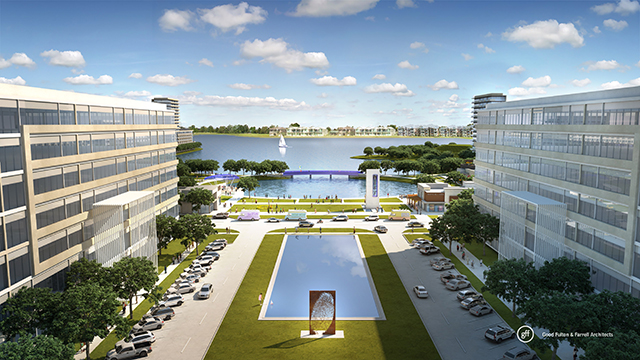 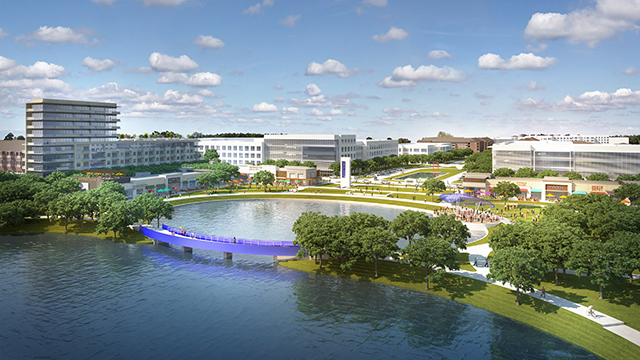 Billingsley is a major long-term holder of our projects. Most of our projects are part of comprehensive master plans, which means that what we currently build will have tremendous impact on future projects. As one of the few major developers in this category, we are able to positively impact adjacent development, increase the potential value of the area, and leverage development for the benefit of the community. 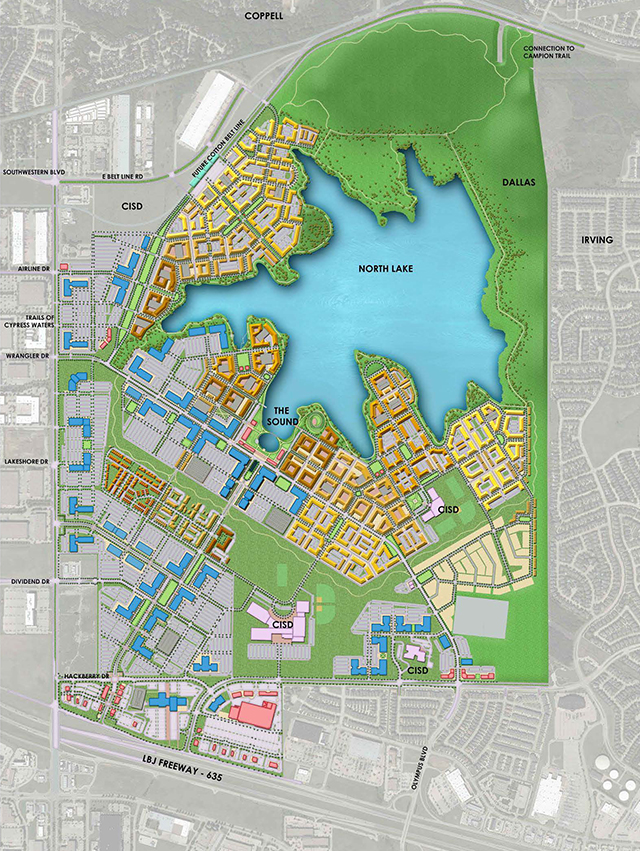 We are very pleased that our developments have won numerous design awards, and each of our multi-family projects has received national design awards, including recognition from the Multifamily “Pillars of the Industry” Awards by the National Association of Home Builders. An AIA design jury commented that some of our suburban office projects designed by Lionel Morrison were “too good for the budgets they had.” I think my background in architecture fortunately pushes the design team to produce better results.

Tell us about some of your past development projects that you found most interesting or rewarding.

Hotel Arts [described in the introduction] was certainly a highlight of my career. Working with Bruce Graham (his last project), Frank Gehry, and Laurie Olin on the landscape plan was a great collaboration for me. Here in Dallas One Arts Plaza is a project of which I am very proud. Lionel Morrison, along with Matt Mooney, designed a great building that anchors the west end of the arts district. The design is clean and timeless.

Tell us about how you incorporate sustainable design into the master plan developments for Billingsley?

Our developments place a high priority on incorporating “green” design as an integral part of our projects. For example, at Austin Ranch we capture the rainwater runoff and recycle the water for irrigation. We also dig wells to have water sources during drought conditions. We also incorporate purple pipe systems into all of our projects at Cypress Waters and Austin Ranch.

How can the greater Dallas area create a more livable urban environment?

It is already doing a lot. We must continue to encourage more mixed-use, higher density development. We don’t have the water resources to continue to sprawl, density is our future. 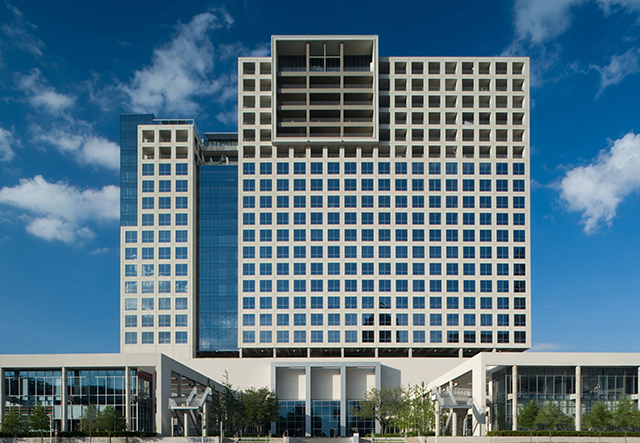 You are very involved in the local arts and cultural communities. You are a leader for the Dallas Museum of Art, the Nasher Program Advisory Committee, and the Dallas Architecture Forum Board of Directors, among many others. How does the "Creative Class" advance goals to make Dallas a more vibrant city?

These leaders need to continue to be at the helm to define and enhance the public realm towards a more vibrant urban environment. They also need to further develop the great programs and exhibitions for which Dallas continues to gain notoriety.

What sparks your creativity?

Having a problem for which the solution is not obvious.

With your limited free time, what do you enjoy?

I enjoy the great contemporary dance groups brought to Dallas by TITAS, our terrific symphony, and the shows that the Dallas Theater Center presents. Oedipus el Rey was one from this last season that I especially enjoyed. Cabaret is probably my favorite play, and Doctor Zhivago would be my movie selection. To recharge, I swim a mile every day.

You collect contemporary art. How did you start? What artist/ types of art do you currently collect?

I have always been interested in art. Working on the Hotel Arts project in Barcelona was a “crash course” in art education since the consultants we had hired were not able to fulfill their role and I had to become the point person on the art purchases and commissions. I became very familiar with Spanish artists, and have continued to gain knowledge of emerging contemporary artists by being actively involved in Dallas’ TWO X TWO and attending the Dallas Art Fair and Art Basel Miami Beach every year in addition to other art fairs. My partner, Lee Cobb, and I primarily collect conceptual art, which focuses on the ideas behind the actual piece of art. The design process that the artist follows is of great interest to us. Some of the artists we collect include Callum Innes, Analia Saban, Hugh Scott Douglas, Nathan Hylden, Wyatt Kahn, Liam Gillick, Donald Moffett, Peter Halle, Tsang Kin Wah, Luis Gispert, and Garth Weiser, just to name a few. Much like architecture, good design and ideas in art are important and have universal appeal.