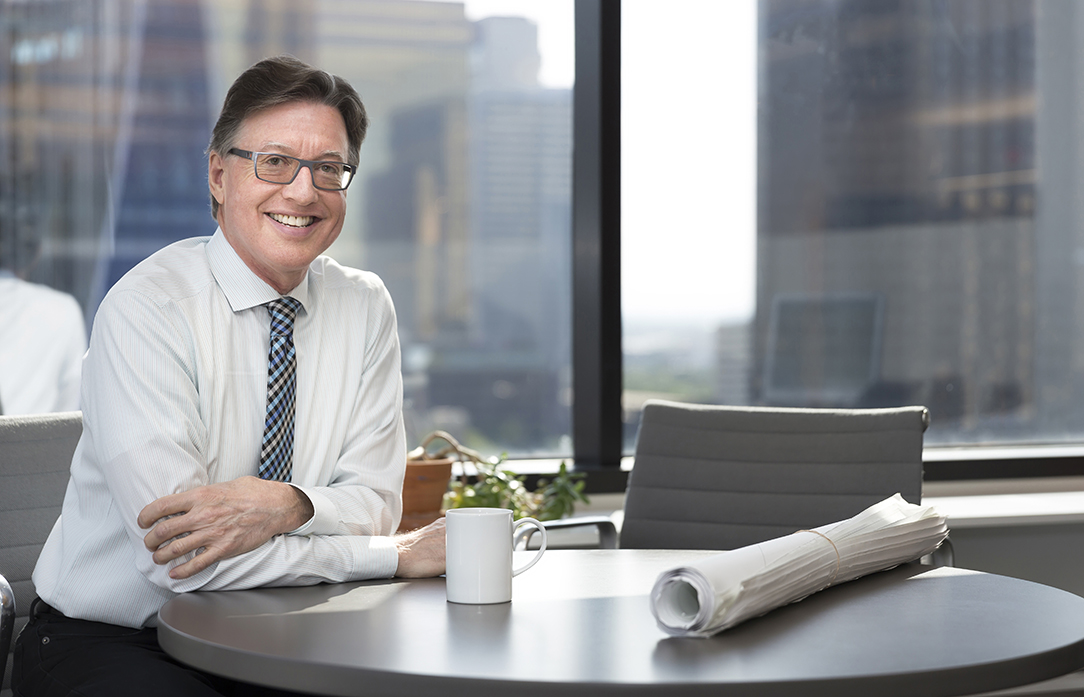 Michael Hellinghausen, AIA is a principal and the COO/CFO of OMNIPLAN, a 60-year-old multi-disciplinary Dallas practice. Mike has been a speaker in TxA conventions for several years, leading seminars and workshops on the management of design firms. He also writes about the business side of design on his “From Blueprints to Greenbacks” blog. Mike is currently the treasurer for the Texas Society of Architects and he recently spoke to Columns about his career choice, his role at OMNIPLAN, and the Dallas business and design landscape.

OMNIPLAN has proven to be resilient over different economic cycles, architectural trends, and through generations of partners. Not only has the firm been resilient, but it has received recognition from peers in the profession, demonstrated by several awards, including two Firm of the Year awards from the TxA and AIA Dallas, five 25-Year Awards, and dozens of design awards. As COO/CFO, how do you enable the firm to keep its sharp design focus while keeping it on sound financial ground?

It can certainly be a tug-of-war, but my point of view is that sound financial management frees us to focus on the quality of our work. When a firm cannot maintain consistent or robust profitability, the negative consequences can snowball and distract the firm’s leaders from the work at hand. Our management model may be a bit different than other firms—I oversee virtually all the firm’s operations and finance, which frees up my partners to focus on projects and business development. Granted, that implies a high level of trust and communication at the leadership level, which I believe we have.

That said, it’s also cultural. We are fortunate to have a 60-year history of relentless focus on design, so in some way, it’s in our DNA. During that time, we’ve seen many economic cycles and many leadership transitions. I think we’ve learned how to manage both.

How does resiliency relate to a firm's leadership and how does OMNIPLAN train its future leaders?

That’s always evolving, but we try to identify leaders early, coaching and grooming them for leadership, giving them time to make mistakes before it’s for keeps, and then getting out of their way. There’s another quote that I like by a CEO of a large corporation—“I hire the best people, and then I leave them alone.” It doesn’t always work. Sometimes they never catch fire and sometimes they leave for greener pastures; but most people will respond to being acknowledged as leaders—and they appreciate gaining more control of their own fate. One huge mistake that firms make is waiting until senior leaders are ready to retire before identifying their replacements. At that point, it’s too late. 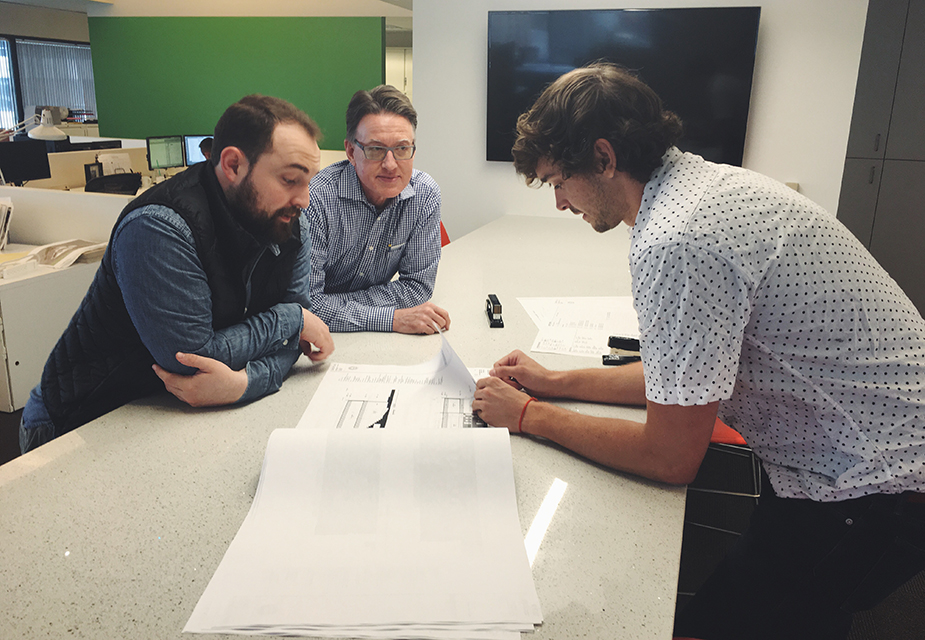 I suspect that there must be a good story behind the OMNIPLAN name … Am I right?

There is a good story! Part of it had to do with becoming a corporation in the early 1970s and part of it was a recognition that the firm was evolving beyond the first generation founders, but the best part is that the name was meant to convey a firm that offered all disciplines in the A/E industry. That never really got much traction, but the name stuck. It’s kind of a funny name but it has proved very resilient. I think it’s because it isn’t tied to any particular individual—it’s “our” firm rather than “my” firm. If you watch, you’ll see companies of all sizes who are named for dead people and eventually have to deal with it by changing their name to an acronym or taking another name altogether. We dodged that bullet early.

It is fair to say that Dallas has become a “hub” of architecture in the last two or three decades, with seven of the 10 largest U.S. firms with offices in the DFW area. How has this change affected OMNIPLAN’s operational model?

Well, with the arrival of so many buildings by Pritzker Prize winners over the last several years, and now with an improved economy, it certainly feels like our local architectural engine is firing on all cylinders. It has brought Dallas a lot more attention, I think; and with so much consolidation going on in our profession, the competitive landscape has changed quite a bit. For a mid-sized firm like ours, it requires us to be yet more nimble, more innovative, and to do more long-range thinking about markets. It also demands a better, stronger firm culture. Doing what we’ve always done will get us eaten alive.

Tell us a bit about yourself. Why did you choose architecture as a career?

I love that question! Art and drawing came naturally to me, and I was always drawing floor plans of every house we lived in, even before I really understood what a floor plan was. I’m embarrassed to admit that my father suggested architecture when I was in high school, but like a normal teenager, I blew him off. I couldn’t admit that I didn’t really know what an architect did. Fortunately, there was some divine intervention, because as soon as I landed at Notre Dame, I encountered a number of “arch-ies” even my RA was a fifth year architecture student. When I saw these guys drawing and coloring their projects, I was incredulous that this was an actual degree program. By the middle of my first semester, I had switched to architecture, and have never regretted the decision. It is the most amazing thing that we are able to imagine, and then create, buildings and places that never existed before. 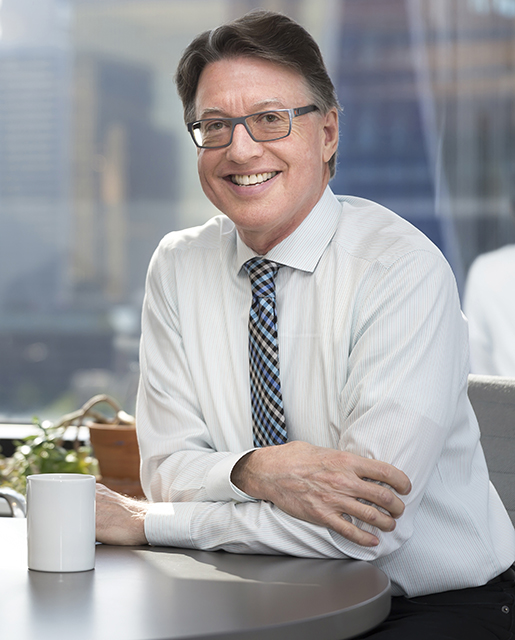 Notre Dame is a long way from Texas. Why did you decide to attend Notre Dame? And how did you trace your path back to Texas?

I’m a third generation Domer and my son will be the fourth. My wife and I are also the third generation Notre Dame-St. Mary’s College married couple in my family (St Mary’s is just across the road from Notre Dame). I grew up listening to Notre Dame football games on the radio in West Texas—it was really the only college I ever wanted to attend. I’m one of eight kids, so there wasn’t a lot of money for travel, much less tuition. My father somehow found a way to finance college tuition for all of his children, provided we were willing to pick up the loan payments after we graduated. But, I’m a native Texan, and after grad school and a stint at Centerbrook Architects in Connecticut, the pull back to Texas became too strong to resist.

Dallas is again one of the fastest growing cities in the country, attracting young talent from everywhere. What would you say to the young architects in town? How would you like them to shape the future Dallas?

I’m very excited by the crop of young architects we’ve got here now. They are so talented, hard-working, and collaborative. I think it bodes well for the future. I would encourage them to build on the progress we’ve made over the past 25 years, turning Dallas into a world-class city. We’ve got to stop making the automobile the number one design priority. Mass transit, bicycles, and pedestrians are more important to the quality of life; and they make for a more resilient city.