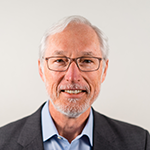 Great article, Tip--
Very good job providing a brief overview of the history of retail places, bringing to the context of today, and changes (perceived and real) with the impacts of internet retail to the built environment--

What is the future of retail? In an age when every conceivable kind of goods and services can be acquired over the internet, is traditional brick and mortar retail relevant? After all, why bother walking or driving to a nearby shopping destination when you can simply stay home and let your computer mouse (or even Alexa) do all the work?

For years, pundits and futurists have predicted that online shopping will be the death of brick and mortar retail. Yet year after year, we return to the mall or shopping center. So, what keeps us shopping? Why do we continue to search for a parking space, fight the crowds, and stand in line at the checkout counter? The answer can be found in a closer look at the past, present, and future of retail design. 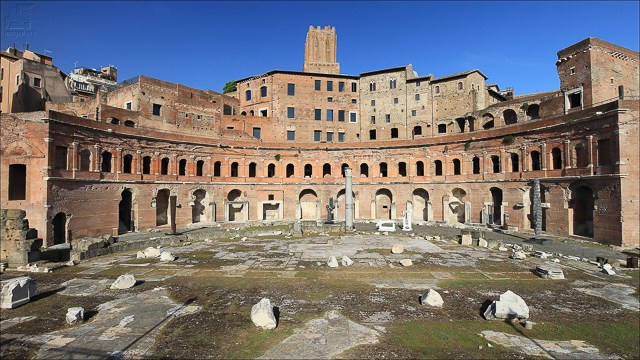 Trajan’s Market was an original mixed-use development located in the heart of Rome, Italy. Photo: Imagea.org

The Greeks and Romans thought shopping was important enough that they included retail in the civic and cultural mix of the agora and the forum. In the Middle East, souks were an early version of the shopping mall with their emphasis on sheltering the shopper from heat and sun. As the centuries passed, the town square marketplace became a fixture in great cities throughout Asia and Europe. In his book, Call of the Mall, Paco Underhill explores how great retail design has been a part of civilization for a long long time.

“For centuries, the people who built places to shop tended to be merchants. So they took seriously their responsibility to attract shoppers. They created environments intended to present their wares, and to give shoppers a sense of moment, of event, of place.”

The agora, forum, souk, and town square were each effective formats for trading goods, but they were more than that. They incorporated civic, political, and religious functions into the spaces as well. They were multifunctional spaces that reinforced community and urban life.

Today, the poster child for dying and irrelevant retail is the enclosed shopping mall. Typically attributed to Victor Gruen, the enclosed American shopping mall was invented more than 60 years ago in suburban Minneapolis, MN, at Southdale Center. It brought secure, climate-controlled comfort to the shopping experience. It relied on anchor department stores on each end to attract the shoppers who would then patronize the small shops in between. In addition to its dependence on strong anchor stores, the mall required large amounts of cheap land to accommodate the sprawl inherent in the building type and to provide inexpensive surface parking. Its typical layout placed anchor department stores on either end of the center and lined retailers in between.

Interestingly, this reliance on the anchor store is what created the very problem we see with regional shopping malls today. Anchor stores have shown the least amount of adaptability when it comes to e-commerce and omni-channeling. Therefore, they struggle to remain relevant. The best and most successful retailers are utilizing a number of tactics to try to attract attention in an increasingly distracted market.

One of the most noticeable shifts in retail is a complete restructuring of its format. No longer defined by its dependence on traditional anchor stores, retail is now free to find a new anchor that roots it in its environment. Harkening back to the ancient Greek ideologies, retail is now being intermixed with office, multi-family, and hospitality in dense, urban environments. Less dependent on the automobile, retail can now be supported in urban environments with public transit connecting them to a wider market.

A case in point is Frank Gehry’s iconic Santa Monica Place which has been totally redeveloped in downtown Santa Monica, CA. Originally designed as a fully enclosed, three-level shopping mall, it is now an outdoor shopping destination, fully integrated into the surrounding pedestrian-oriented urban fabric and connected to the Third Street Promenade.

Trends toward smaller stores and new formats are making it easier to bring established retailers to areas that are more walkable and urban in character. Locally, we’re seeing this trend at Legacy West, Park Lane, and West Village. In South Dallas, Red Bird Mall is aspiring to transform the dead mall into a vibrant walkable mixed-use neighborhood. The future of this project will incorporate a grocery store, movie theatre, restaurants, office space, and multi-family housing. 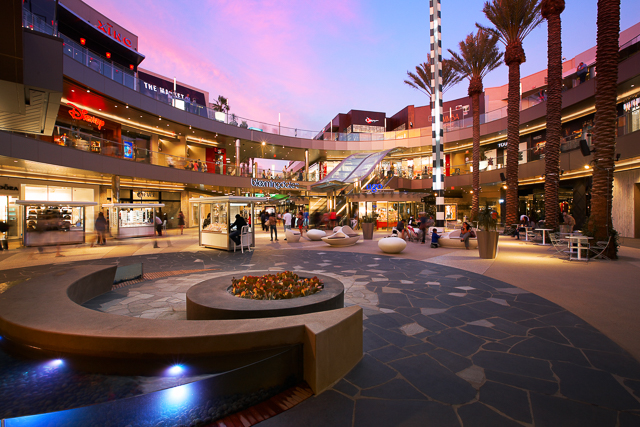 A generation ago, Radio Shack was the closest thing to a technology retailer. Fortunately, Apple has shown us there is a better way. There is no more successful example of new retail design than Apple stores. The brainchild of Ron Johnson in partnership with architects Bohlin Cywinski Jackson, Apple has demonstrated the power of beautiful products displayed in a beautiful environment—an architect’s dream. As a result, both Microsoft and Sony have adopted store designs that strongly resemble the Apple aesthetic. Removing traditional registers allows for an open and flexible floorplan, while displaying the full line of devices gives customers the freedom to become actively engaged with various products. 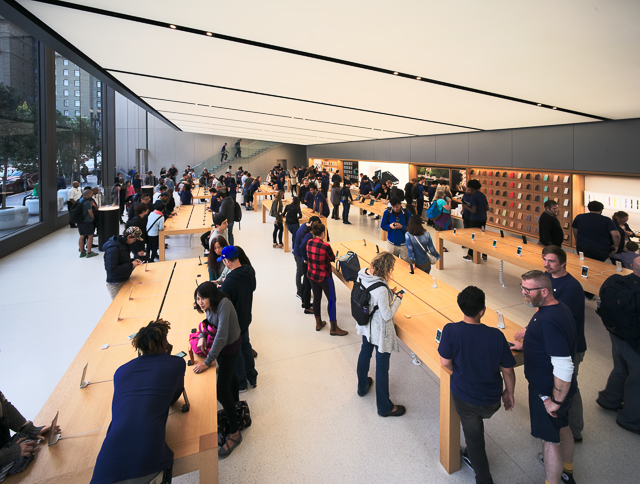 While many brick and mortar stores have suffered from the emergence of technology, brands like Bonobos and Warby Parker have actively incorporated online sales into their customer experience. Born on the web as online-only stores, both companies have now opened physical boutiques all over the country. The stores act more like showrooms to allow customers to physically try on clothing then order online in the store or at home. This unique approach not only satisfies the human desire of tactility, but also allows the brands to minimize inventory and thus operate in significantly smaller spaces.

The internet, however, is not the only form of technology impacting the retail world. Social media has become a major player, influencing how we shop and where. Apps like Instagram have begun incorporating tapping, swiping, and even capturing screen shots as ways to direct users to online stores. We have also seen the rise of social media influencers, individuals with a large social media following, helping retailers reach new customers. Given that most tech-savvy shoppers are scrolling through feeds versus browsing websites, brands are now collaborating with these influencers through social campaigns. What does this mean for physical stores? “Instagrammable moments” such as neon signs, a feature wall or a unique stair can all be found throughout the design of the store and are an added perk to create social visibility for a brand. These moments can drive foot traffic to the store to capture those moments while increasing the brand awareness for the retailer.

Additionally, we have seen the rise of subscription commerce like Birchbox, Honest Company, Blue Apron, Stich Fix, Dollar Shave Club, and many more. With curated selections for customers, subscription commerce (sub-com) removes the overwhelming aspects of both digital and physical purchasing decisions. For instance, Stich Fix assigns each customer a stylist and then the stylist accesses individual Pinterest boards to create a personalized style for that person. Packages are sent on an as-needed basis that are tailored to his or her preferences. While sub-com has struggled to show high profit margins, big retail is noticing—and bringing them into the fold. The jury is still out on whether these high-profile acquisitions are yielding high returns, but it’s safe to say sub-com is definitely a retail disruptor.

Retail has always been as much about experience as it is the functional act of buying goods. Home-grown Texas retailers Whole Foods Market and Central Market are perfect examples of how rethinking the food-buying experience has created great new retail design. Upscale grocery stores have captured perfectly the shift in how we as consumers think about food. These grocers have capitalized on that fact that today we are more concerned about what goes into our food and how it is grown. They have also built their retail environments around the idea that food selection and preparation is very much about lifestyle and personal expression.

Eataly, adjacent to Madison Square Park in New York City, further blurs the line between dining and shopping. Described as the largest artisanal Italian food and wine marketplace in the world, Eataly provides a thoroughly entertaining and engaging experience. Forget dinner and a movie; dinner and shopping is enough. Arranged on multiple floors in a building formerly devoted to wholesale toy merchants, it is capped by an open-air roof-top beer garden. 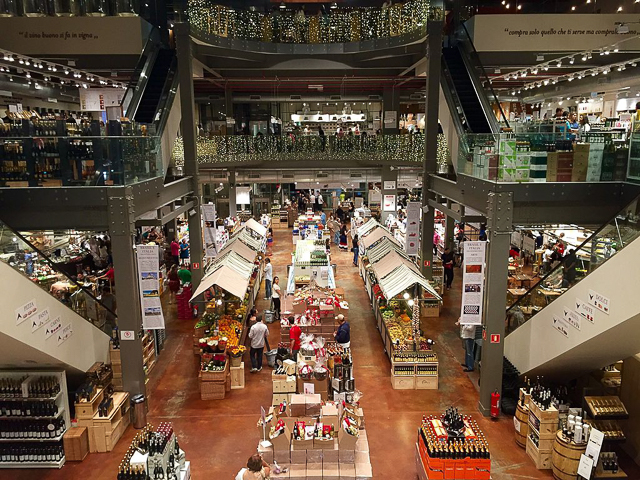 Locally, Highland Park Village works tirelessly to try to make a compelling environment that is experiential for its customers. With a number of careful renovations throughout the past decade, the village has squeezed out as much square footage as it could with its limited amount of land while creating an authentic environment that feels like it was there in 1931 when it was originally built. Royal Blue Grocery is a tenant that fits perfectly with their brand. With a curated selection of items, Royal Blue has a smaller footprint and is in a high-quality location and caters to a select clientele. 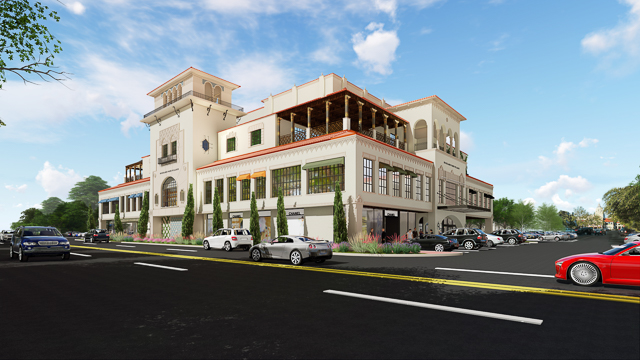 And as we see with retail, grocery is figuring out e-commerce as well. For the past year, Amazon and competitors have ramped up grocery delivery services, offering part of their products from their distribution warehouses and the rest from neighborhood grocery stores. Now with Amazon’s acquisition of Whole Foods, we see an even greater focus on e-commerce’s vertical integration with brick and mortar. As more grocery delivery needs relocate to distribution warehouses, the grocery industry may begin to see a reduction in square footages throughout the country.

So, What Does the Future Hold?

The most successful retailers today are those that understand these trends and are agile enough to respond quickly to a rapidly changing market. The best retail incorporates both brick and mortar and e-commerce, fuses subscription commerce and has an active social media presence. Retail is definitely evolving, but it will always be experiential, both digitally and physically. Retail is certainly alive and well; it just may look a little different than we’re all used to.

Tipton Housewright, FAIA is a principal and CEO at Omniplan.