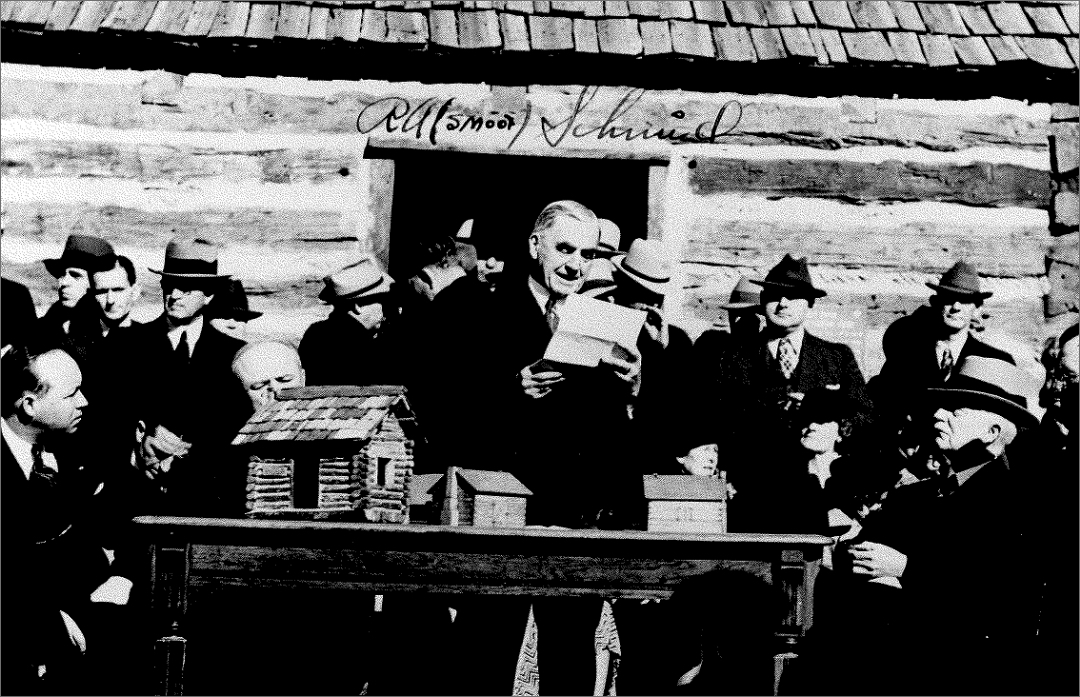 Credit: Courtesy of The Old Red Museum of Dallas County History and Culture

Dallas was founded by a man with a dream, a keen eye for locating valuable real estate, and a lack of follow-through. As John Neely Bryan sat alone outside his cabin in the wilderness, he looked at the trickling Trinity River and envisioned ships engaging in profitable trade. It was 1841. He had expected to build a small trading post, but his dream grew in grandeur. He drew a map for a waterfront city, with room for wholesalers and retailers, for a courthouse and expansive residential areas.

Dallas did become a thriving commercial center, but railroads and airplanes brought prosperity, not the river. Bryan did not do the work of building his dream. He was able to attract some settlers and married the daughter of the Beemans, one of the first families to arrive, but he was often an absent husband, father, and town builder. He once fled for six years in the mistaken belief he had committed murder, and he joined hopeful but foolish hordes seeking treasure in the California gold fields. It turned out that believing in gold did not ensure finding any, and he returned defeated.

Steadier and more industrious Dallasites actually carried out his vision. Bryan sold much of his land and his ferry business to Alexander Cockrell. After Cockrell’s untimely death, his wife, Sarah, carried on, building the city’s first real hotel, the St. Nicholas, and replacing the ferry with first a wooden bridge and then a more durable iron one. Like so many who came after her, she increased her fortune by becoming a developer, establishing a residential area and erecting a downtown office building. 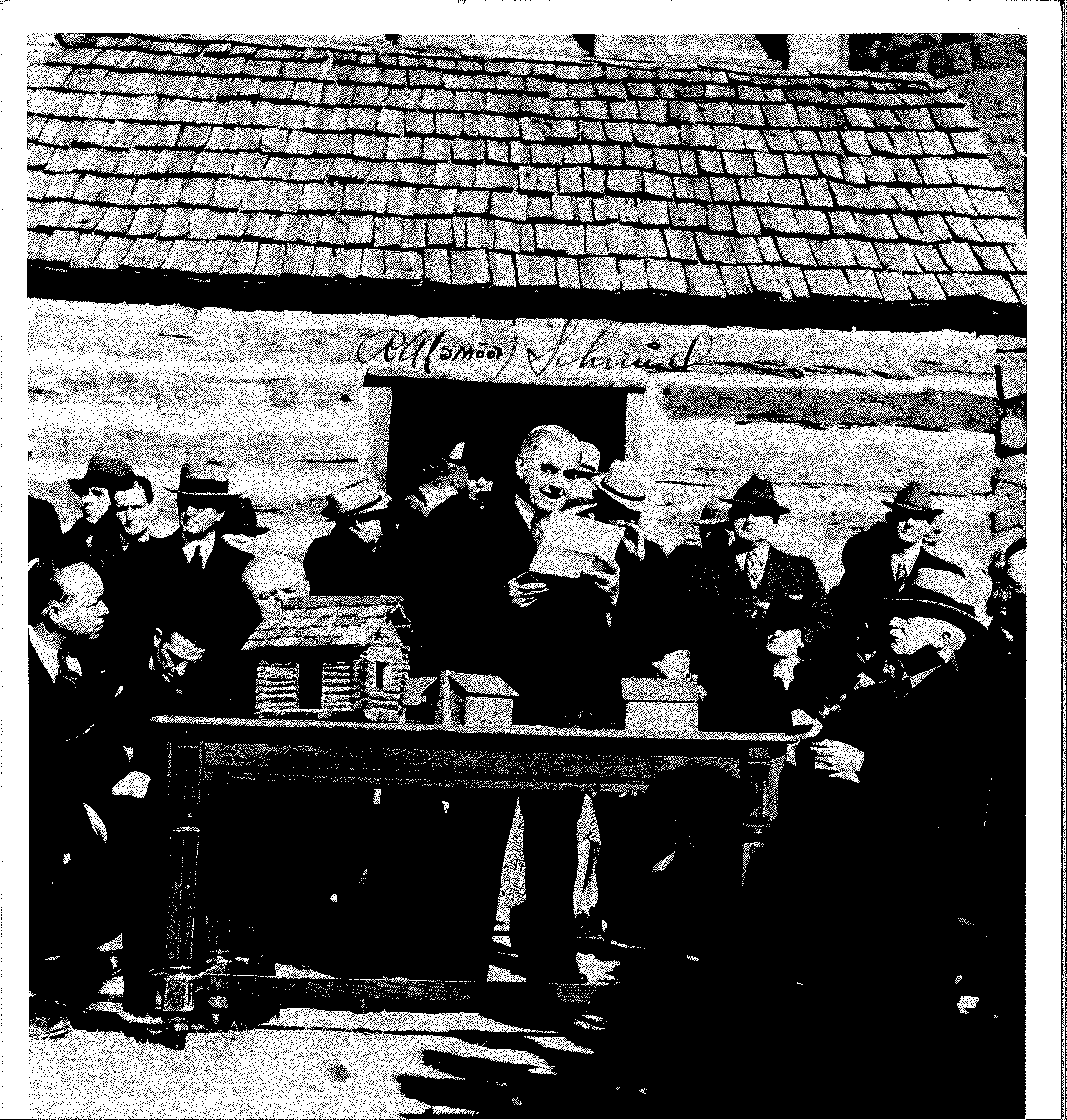 Dallas R.A. “Smoot” Schmid, who helped pursue Bonnie and Clyde, gave a presentation outside the cabin when it was still in the shadow of the 1892 Old Red Courthouse. It appears that one iconic cabin was not enough, so it was reproduced in model form. The juxtaposition of the cabin and Old Red has inspired many local artists. // Photo: Courtesy of The Old Red Museum of Dallas County History and Culture

Men like William H. Gaston, George Bannerman Dealey, and William Caruth built the successful enterprises Bryan imagined — and some he could never have foreseen. The wealth that never came from the river came from cultivating the farmland, from banking Texas oil dollars, and from selling designer clothing at Neiman Marcus. An Art Deco state fairgrounds, an international airport, and a popular deck park played no part in his dream, but they all really began with John Neely Bryan.

What happened to him? He never got rich, and his frequent absences strained his family relationships. When he did spend time in Dallas, he helped with education, local and state politics, and even Sarah Cockrell’s iron bridge. His city bloomed and grew, and perhaps he took satisfaction in seeing his belief becoming reality. He died in Austin at the State Lunatic Asylum, a victim of mental deterioration. It is believed that he is buried not in the city he “dreamed,” but in the Austin State Hospital cemetery.

Street names like Water and Market were part of John Neely Bryan’s belief in a commercial future based on the Trinity River. The width of Broadway promised grand architecture and wealth. The scales of justice indicate the land he set aside for government institutions. The settlement was still sparsely populated when this map was drawn in 1846. // From the collections of the Dallas History & Archives Division, Dallas Public Library

Facts never stopped Dallas from revering its founder. Tourists in the West End can visit his cabin in Founders Plaza. It is not his cabin, but it is a cabin, or an assembly of parts of several, and that is enough for us. It is a stage set, where we can imagine a flawed but inspiring dreamer seeing a city that would grow up around his simple home, exactly the setting we have provided for the ersatz cabin. He could not always accomplish what he set out to do, but he could believe, enough for all of us.

Dr. Evelyn Montgomery is curator at the Old Red Museum of Dallas County History and Culture.