The AIA Dallas Design Awards recognizes outstanding work by Dallas architects, both in the metropolitan area and across the country.
May 28, 2015
7:30 PM - 10:00 PM 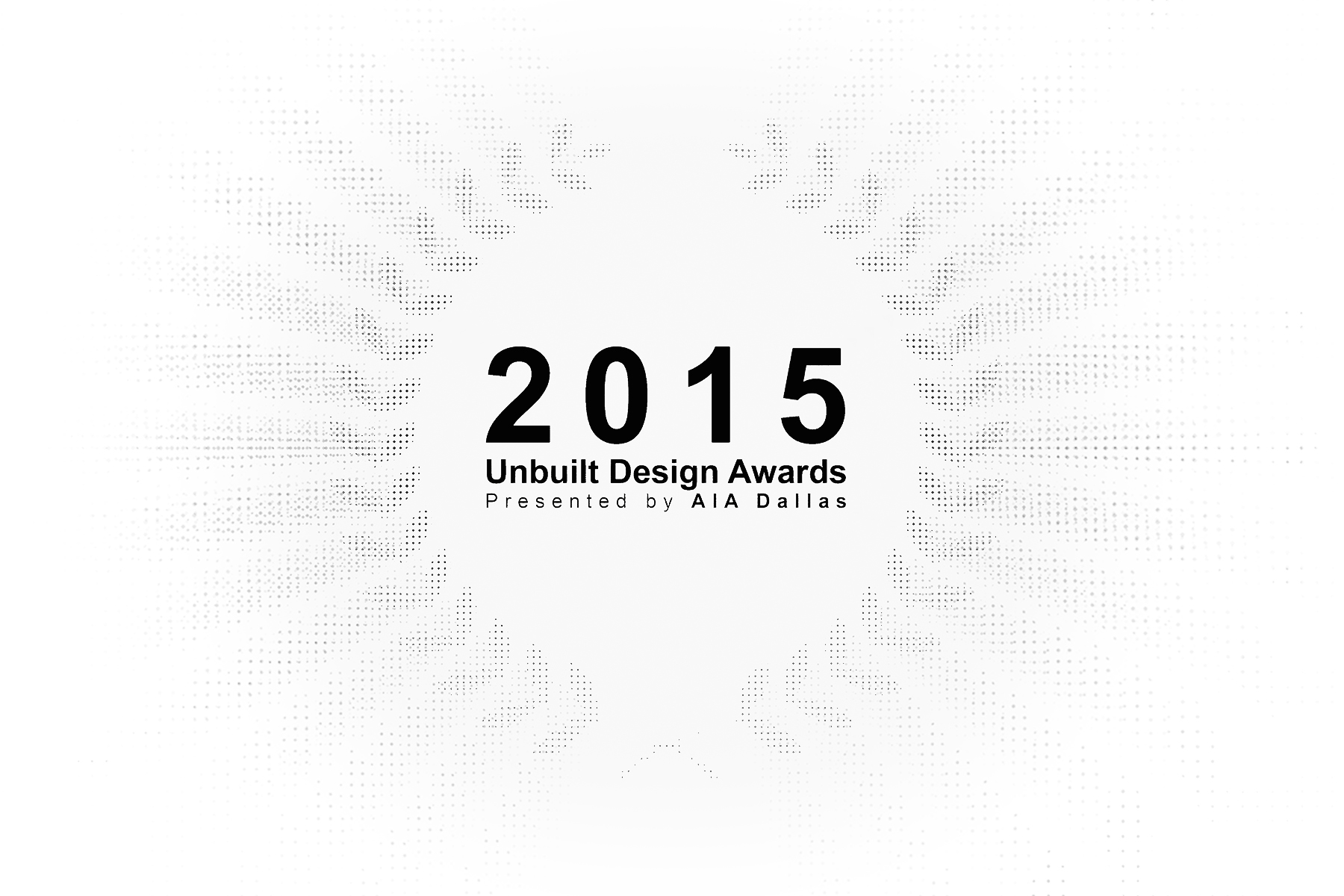 Shining a light on experimental design and celebrating progressive architectural concepts, we're launching a new chapter of our Unbuilt Design Awards program with a gallery show opening and awards ceremony on May 28.

The exhibition, featuring all of the Unbuilt Design Award entries, will be on display at Life in Deep Ellum, a cultural center promoting urban Dallas art, music, commerce, and community. To celebrate the six week exhibition, AIA Dallas is hosting an opening party that will feature an awards ceremony and a panel discussion led by nationally acclaimed jurors. Join us to peruse the gallery while mingling with the jurors and enjoying hor’dourves and music. The exhibition will feature all entries submitted this year as well as a curated showing of models from students of the University of Texas at Arlington School of Architecture.

Join us for an engaging night of discussion and celebration!

Registration has been closed, but tickets can be purchased at the Design Awards event at Life in Deep Ellum.

Jenny Wu,  Partner at Oyler Wu Collaborative
Jenny Wu is a founding partner of Oyler Wu Collaborative and currently teaches first year design studio at SCI-Arch.  She received her undergraduate degree from Columbia and her Masters of Architecture from Harvard.  The Oyler-Wu Collaborative, founded in 2004 with Dwayne Oyler, is a multi-faceted practice with a strong focus on small-scale installations and fabrication as well as the design of large projects across the world. Many projects are experimental in nature and are actually fabricated by the members of the practice themselves. This enables the design to further evolve and progress, even as it is being constructed.  The practice has won numerous awards; 2013 Design Vanguard Award (from Architectural Record), 2013 Emerging Talent Award (from AIA California Council),and Taiwan’s ADA Award for Emerging Architect among others. In addition to her work at Oyler Wu, she has designed a collection of 3D-printed jewelry entitled LACE.  This project applies her design sensibilities to an even smaller scale, and utilizes 3D printing to create pieces impossible to produce by any other method. Jenny has published a book, Primitives, in addition to Pendulum Plane and Trilogy: SCI-ARC Pavilions by Oyler Wu.

Elizabeth  Whittaker, Founder and Principal at Merge Architects
Elizabeth Whittaker, AIA, is the founder and principal of MERGE architects. Elizabeth has served on the Boston Society of Architects/AIA Board of Directors and has been nominated for the National American Institute of Architects, Young Architect’s Award. She graduated from Harvard University’s Graduate School of Design with Distinction where she received numerous awards during her graduate studies including the Core Studio Prize, the Faculty Design Award, and the John E. Thayer Award for overall academic achievement. Elizabeth approaches architecture as a discipline embedded in both practice and academia. She has taught design studios in several Architecture programs including Harvard University (GSD), Massachusetts Institute of Technology (MIT), Northeastern University, and the Boston Architectural College. Elizabeth currently holds a faculty position as Assistant Professor in Practice of Architecture at Harvard University’s Graduate School of Design.

About Life in Deep Ellum

In 2006, Deep Ellum was undergoing a transition.  With the apparent sudden closings of several notable local restaurants and music venues, many saw the decline of Deep Ellum as a sure thing.  Many people thought Deep Ellum was dead.  With streets and restaurants regularly sitting empty, there were those who feared this might be the end.

In the midst of this, there were those who refused to accept the “Death of Deep Ellum.”  Believing that community strengths centered around Art, Music, Commerce, and Community, the vision for Life in Deep Ellum was born.  Gifted with a once abandoned warehouse, the organization serves as a cultural center for the artistic, social, economic, and spiritual benefit of Deep Ellum. Alongside community organizations such as the Deep Ellum Community Association and the Deep Ellum Foundation, LIDE continues to fulfill its mission of impacting the greater community of Deep Ellum and urban Dallas.