Brought to you by: Codes & Standards

I can't wait to see what we will be learning from this group of panelists! 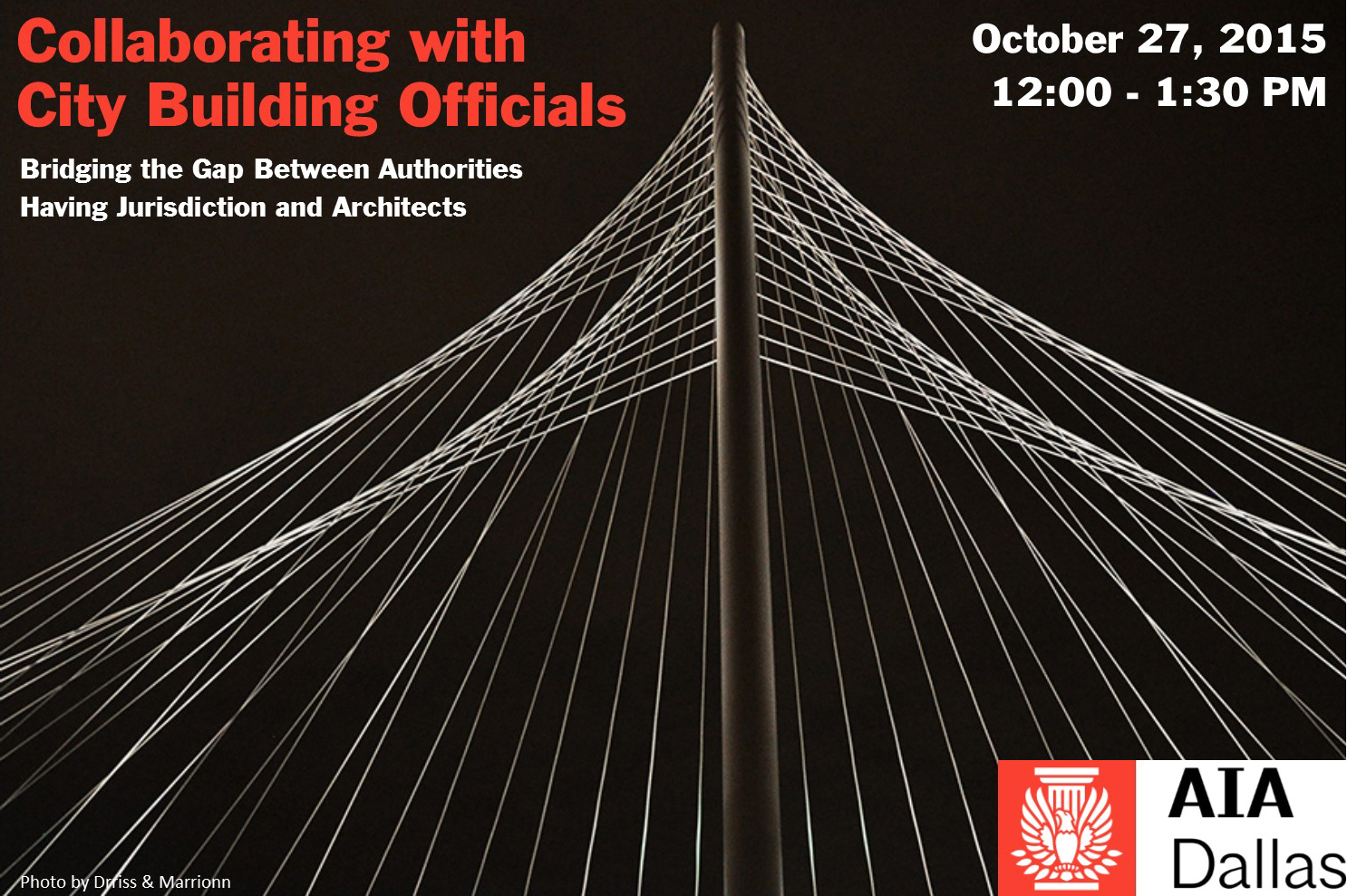 Increased collaboration between architects and building officials prior to and during the permit process can lead to great savings in time and money.  The panelists will open with a brief summary of their jurisdiction's permitting process to provide valuable information for architect's navigating the process in these jurisdictions.  In addition to offering you the opportunity to informally ask your questions regarding the permit process, information will be provided on how architects can collaborate with city officials in the programming and schematic stages of design to reduce costly design changes.

I have been in the construction industry for over 35 years, working in many facets of the industry including; installations, estimating, inspection, and plan review. I am currently the Senior Coordinator for the City of Dallas Department of Sustainable Development and Construction, responsible for the Predevelopment team as well as the Q-Team (express plan review).

Joined the City of Plano in 1995, Selso has been Plano’s Chief Building Official for the past ten years. Plano became an IAS Accredited Building Department in 2007 and was reaccredited in 2010 and 2014.  Prior work experience includes eight years in the field of architecture working on various commercial projects including banks, government offices, multi-family housing, and numerous schools. From 1999 through 2002, he served on the legacy codes ICBO Evaluation Service Committee and more recently as an evaluator for the International Accreditation Service (IAS).

Mr. Mata is currently an IAS Board of Director, a past President of the North Texas Chapter of ICC and has also served on the 2009 ICC Nominations Committee. He is the Chair for the North Texas Council of Governments Building Advisory Committee and serves as the chair of the Board of Directors for the Construction Research Center at UTA. Mr. Mata holds a Bachelors of Architecture from Texas Tech University and a Certificate of Public Management from UT Dallas. Mr. Mata is a Certified Building Official, a registered architect in the State of Texas and holds several ICC certifications.

Phillip is currently responsible for the supervision of daily inspection activity as well as assisting in the administration of building inspection processes for Frisco. His municipal government experience began in 2004 and progressed to a role of code official in 2007. Previous construction experience includes 15 years of administration in the commercial plumbing industry, during which he obtained the level of master plumber in the State of Texas. He holds several ICC certifications including the designation of Master Code Professional.