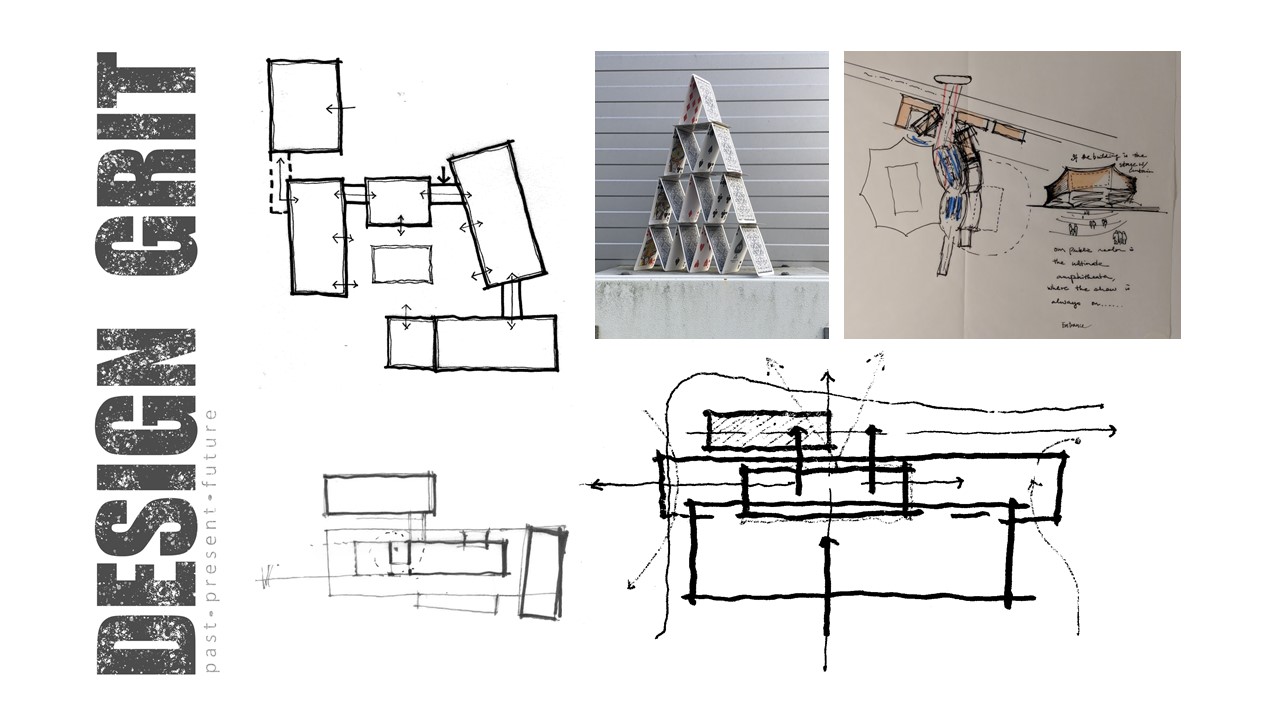 Meet our panel of established and up-and-coming design architects who will share their experiences, give us a glimpse into their sources of design inspiration/motivation, and discuss what they see as the future of design and design's impact on our communities. The panelists offer a variety of experience from an international practice to urban design to an architect's research activities.

Concluding the program, our professional panel will share their work, in a Pecha Kucha style format, revealing the essence of their design philosophy and body of work.

Raha Talebi - Raha Talebi studied architecture at The Cooper Union for Art and Architecture and at the Harvard Graduate School of Design. Subsequent to her studies, Raha began her collaboration with Foreign Office Architects (London, UK), where she focused on the design of MOCA: Museum for Contemporary Art in Cleveland, Ohio. In 2009, Raha joined the architecture office of Herzog & de Meuron (Basel, CH) and became a Senior Architect in 2014. During her time at the office, Raha was the Project Manager for international projects with a focus on cultural and commercial programs. These projects included the M+ Museum and Offices (Hong Kong) which is currently under construction, as well as a privately funded Arts Facility (New York City). In 2016, Paul Vantieghem and Raha Talebi founded their firm. Vantieghem Talebi, based in Basel and Los Angeles, is currently working on projects in Europe and the USA. Raha is registered with the Swiss Society of Engineers and Architects and works in English, Farsi and Spanish.

Patricia Magadini, AIA - Patricia earned her Bachelor of Science in Interior Design and then followed with a Bachelor of Architecture from the University of Arizona in 1978. Patricia has experience on educational facilities; fire stations; community centers and interior space planning for corporate clients.  Bernbaum Magadini focuses, primarily, on large client based single family residential projects. Prior to forming Bernbaum Magadini Architects in 1998 Patricia was Co-founder of a statewide non-profit organization providing design services and technical experience to community development corporations and other organizations serving low-income communities.  Several of Bernbaum Magadini homes have been on the Dallas Architecture Forum home tours.  Projects have been featured in the “Dallas Modern” book as well as the “Texas Modern” book as well as several magazine feature stories in Luxe, DHome and Dallas Style and Design.

Kelly Mitchell, AIA - Licensed architect and founding partner of Mitchell Garman Architects, Kelly’s design foundation is high-end hospitality. After graduating with a Bachelor of Architecture degree from the University of Oklahoma, she gained experience with a variety of building types, ranging from hospitals to hotels to houses. In 1997 she chose to focus her talents on restaurant and hospitality design. In 2006, she launched her own firm to notoriety and critical acclaim. Her celebrated designs of neighborhood restaurants have received accolades from D Magazine, Texas Monthly, Fort Worth Telegram, and New York Times, among others. Her visionary ideas and attention to detail at residential design have also been rewarded. The Labron Residence received awards from ED+C (Environmental Design + Construction) Excellence in Design and EcoHome Design Awards and has been featured in Design Bureau Magazine and Luxe Interiors + Design. Premiere residences were featured on the Dallas AIA Tour of Homes in 2007, 2009, 2013 and 2016.

Vince Tam, AIA, AICP - Vince (Wai Ian) Tam was born and raised in Macau, China. She came to the United States to further pursue her study in architecture at the age of 17. In 2012, Vince Tam graduated from the University of Texas at Arlington with a dual Master’s degree in Urban Planning and Architecture and in the same year, she joined JHP Architecture / Urban Design as a Multi-Discipline Associate.  Vince is now a multi-disciplinary designer with the HKS Inc Sports and Entertainment Studio.

Amanda Renee Aman, AIA - Amanda is an architect and LEED accredited professional with a specialization in Building Design and Construction and in addition to practice, is an adjunct assistant professor at the College of Architecture, Planning and Public Affairs at the University of Texas at Arlington where she teaches architecture studios. Her passion for natural systems and contextual mapping as critical components of design comprises the foundation for her current curriculum.  With an M. ARCH from the University of Texas at Austin and a B. ARCH from the University of Virginia, she began her design career as a member of the Rising Currents exhibition team with Lewis Tsurumaki Lewis in New York City and with Lake|Flato Architects in San Antonio. With design research interests rooted in the confluence of natural systems and the built environment, she then spent four years with SWA in Dallas engaged in urban design, landscape architecture and planning. While at SWA, Amanda was awarded a research fellowship in which she titled Wildlife Infrastructure that also became the subject of two of her speaking engagements at the 2015 ULI Spring Sustainable Development Council Meeting and the 2015 International Urban Wildlife Conference. Wildlife Infrastructure received a 2015 Texas ASLA Merit Award for Research. Amanda is now with Welch|Hall Architects.

Myriam Camargo, FAIA, Moderator - Camargo is the founding partner of CaCo Architecture LLC and CamargoCopeland Architects. Her design work for The Bridge, Dallas’ Homeless Assistance Center and numerous projects within the Dallas County Community College District have aided in the transformation of these entities. During her tenure as AIA Dallas President in 2001, Camargo conceptualized and initiated The Dallas Trinity River Symposium, which laid the cornerstone for the development of a comprehensive Balanced Vision Plan for the Dallas Trinity River Project.